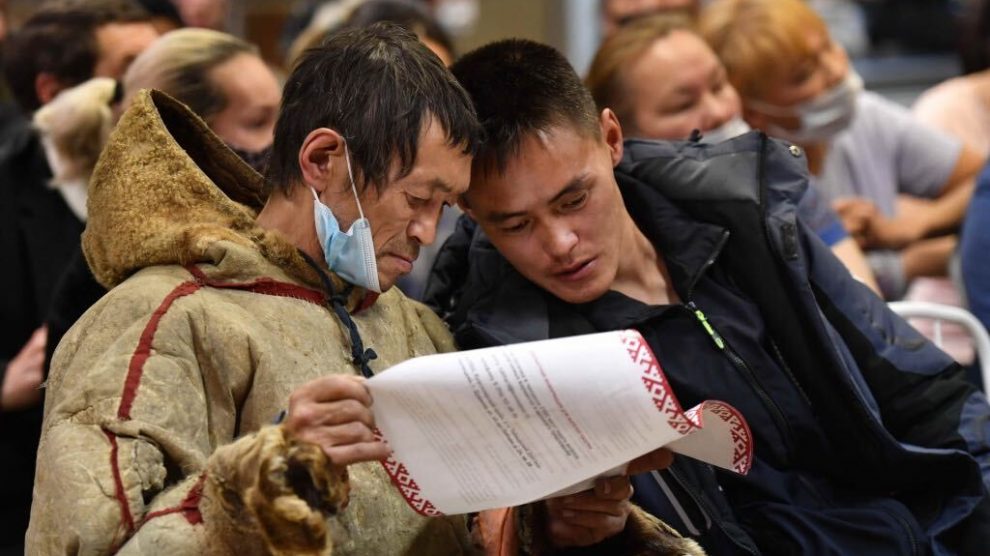 Mining giant Norilsk Nickel has become the first company in Russia to introduce Free, Prior and Informed Consent (FPIC) standards to its relationship with indigenous peoples.

Residents of the Tukhard settlement in the Russian part of the Arctic, in the Taimyr Dolgano-Nenets district of Krasnoyarsk) have been offered resettlement according to FPIC standards, a first in Russia.

FPIC (Free, Prior and Informed Consent) is a specific right that pertains to indigenous peoples and is recognised in the United Nations Declaration on the Rights of Indigenous Peoples (UNDRIP).

It allows them to give or withhold consent to a project that may affect them or their territories. Once they have given their consent, they can withdraw it at any stage. Furthermore, FPIC enables them to negotiate the conditions under which the project will be designed, implemented, monitored and evaluated. It is also embedded within the universal right to self-determination.

Chance of a better life

Tukhard was established as a temporary residence for shift workers producing gas in the area in 1970s, and the development of the village did not provide for the creation of any infrastructure.

Russian mining giant Norilsk Nickel, which operates in the area, has now offered residents the opportunity to choose a better life.

People are offered several options, including moving to new homes about 1.5 kilometres away from their current homes. The option of moving to other villages in Taimyr, including the centre of the region – the village of Dudinka – was also proposed.

If residents accept the relocation proposal, they will be presented with several options for their future homes. Residents will also determine what additional infrastructure they need, Norilsk Nickel says.

Despite the fact that the FPIC procedure is not included in the national legislation of the Russian Federation, Norilsk Nickel says that it has voluntarily recognised international standards and, in accordance with the UN Declaration on the Rights of Indigenous Peoples, expresses readiness to apply FPIC.

The procedure is supervised by international experts.

“The company lives in an atmosphere of friendship and mutual support with the communities. The Tukhard FPIC procedure will be carried out in accordance with the strictest international standards and involve independent experts. This joint work and partnership will help us to create a comfortable environment for people to live and develop.”

FPIC is not a risk to business

One of the participants in the process is the World Bank’s former corporate adviser on indigenous issues and the author of current World Bank policies on the rights of indigenous peoples, Navin K. Rai.

“It is very important that industrial companies understand FPIC not as a risk to a business, but as a contribution to its sustainability,” he says.

“FPIC is a difficult process, an experience that indigenous peoples and the company go through together in order to reach an agreement that both parties consider to be fair. However, the FPIC process does not end with the signing of an agreement. On the contrary, relations are only just beginning at this point in order to avoid possible mistakes in the implementation of the agreements reached.”

Nornickel says it has always been respectful of the cultural traditions of the indigenous peoples of Taimyr.

Over the past few years, dozens of projects have been implemented to develop the infrastructure of settlements inhabited by indigenous peoples and the city of Dudinka, to support cultural and educational programmes.

How Russia used Duma elections to increase its influence in occupied territories
Poland needs Ukrainians. It should do all it can to help them settle
Comment