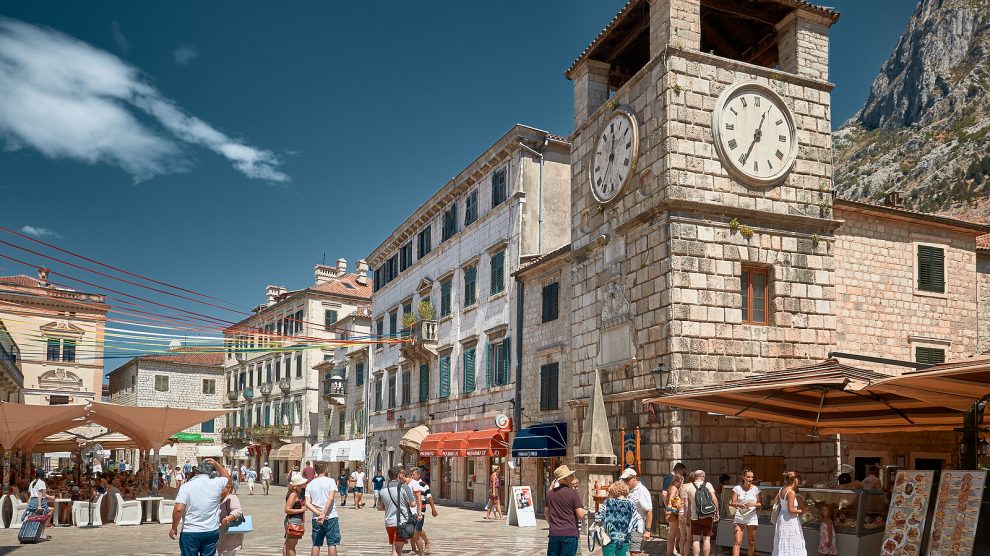 How many people in Montenegro identify as Montenegrins? A new census is about to find out, with implications for the country’s increasingly fraught relationship with Serbia.

Over the past couple of years, relations between Montenegro and its closest neighbour Serbia have been strained and fraught with religious and ethnic tension. There is also tension in Montenegro itself, between the Montenegrin Orthodox Church and the so-called “komiti” on the one side, and those who believe Montenegro should be closer to Serbia on the other.

With a census, the first in over a decade, looming, one that will include questions on ethnicity and religious affiliation, both sides have an interest in the results going their way.

In 2019 however, it became clear that something was amiss. That year saw large protests in the Montenegrin capital Podgorica and other city centres over a controversial religion law which, according to the Serbian Orthodox Church (SOC) would end up nationalising its property. This was due a provision that church buildings and estates built before 1918 would be transferred into state ownership.

While the idea of transferring ownership of estates from the Serbian to the Montenegrin Church was never officially announced, it was understood by many — both in Montenegro and Serbia — that this was the end goal.

The two churches have been engaged in a standoff over churches, monasteries, and other real estate for decades.

As the MOC sees things, it is the rightful successor to the autocephalous (in Orthodox terms, an independent church recognised by other churches) Montenegrin Church which existed until 1918 when Montenegro joined the Kingdom of Serbs, Croats, and Slovenes.

And while the MOC is smaller that the SOC, it is by no means a marginal organisation. According to a 2009 poll, 29.36 per cent of Orthodox believers in Montenegro have opted for the breakaway church.

When the religion law finally passed, new protests called “litanies” took place not just in Montenegro, but in Serbia as well.

Fall of the Milo Đukanović government

As the litanies went on, Montenegro was getting ready for a parliamentary election. The results would be hugely surprising. Amidst record breaking turnout, Milo Đukanović’s Democratic party of Socialists (DPS) was unable to secure enough support to form a government for the first time since independence.

However, the Krivokapić government chose not to overturn the decision of the outgoing government which in its last days expelled the Serbian Ambassador Vladimir Božović over comments concerning the 1918 Podgorica Assembly.

It is the interpretation of this historical event that forms the crux of the recent tensions. The Assembly itself voted to join Montenegro to Serbia thus forming the Kingdom of Yugoslavia. To some, this was the legitimate will of the people. But to others, the event was an annexation, a historical wrong that was only rectified in 2006 when Montenegro again became an independent country.

The latter view is favoured by the so-called “komitis” (the name is a reference to the rebel bands operating in the Balkans during the twilight of the Ottoman Empire), ethnic Montenegrin nationalists who warn of the “Serbianisation” of Montenegro.

In the Western Balkans, where ethnic tensions are an enduring presence, censuses are touchy even at the best of times. But with the recent instabilities in Montenegro, all eyes are on the upcoming census which was supposed to begin in April but has since been pushed back.

The number of Serbs in Montenegro has steadily increased since the first modern census of 1948. In that poll, 90.7 per cent of the population in the country declared themselves Montenegrin. Back then only 6,707 people identified as Serbs. In the most recent census of 2011 however, the number of Montenegrins dropped to 45 per cent while the percentage of Serbs increased to 28.7 per cent.

In March, Mr Krivokapić floated the idea of changing the country’s long-standing ban on dual citizenship. Tens of thousands of people would become eligible for Montenegrin citizenship if the proposed changes came into force. Most of them are Serbs.

Unsurprisingly, among those afraid of “Serbianisation” the proposal did not go down well. A “fundamental agreement” prepared by Mr Krivokapić to be signed soon with the Serbian Orthodox Church Patriarch Porfirije, aimed at regulating the relationship between the Church and the State, did not help.

In April, “patriotic” protests were held in Podgorica and other cities by those opposed to Mr Krivokapić’s plan to change the citizenship rules under the banners of “Montenegrin Response” and “Montenegrin Spring”.

Protests have become a common sight in Montenegro since the election. Interior Minister Sergej Sekulović has said that since August 2020 there had been a total of 152 rallies — organised mostly on social media — that have attracted some 130,000 people. This in a country of 622,000.

The constant protesting on both sides, along with incidents of intolerance, point to a fragile situation in Montenegro. Complicating things further is the fact that while DPS is no longer in the government, its leader Milo Đukanović remains president of Montenegro and will remain so until 2023 when the next elections are due.

This is the atmosphere in which the census is supposed to take place. Calls by some civil society groups and NGOs for the census to omit the questions regarding religion and ethnicity have fallen on deaf ears.

With the recent slew of phantom “non-papers” purporting such radical ideas as redrawing borders in the Western Balkans, and the current situation in Montenegro, it’s clear that the region remains a flashpoint of ethnic tension.

Whatever the results of the census, it’s doubtful that the tensions in Montenegro will end anytime soon.