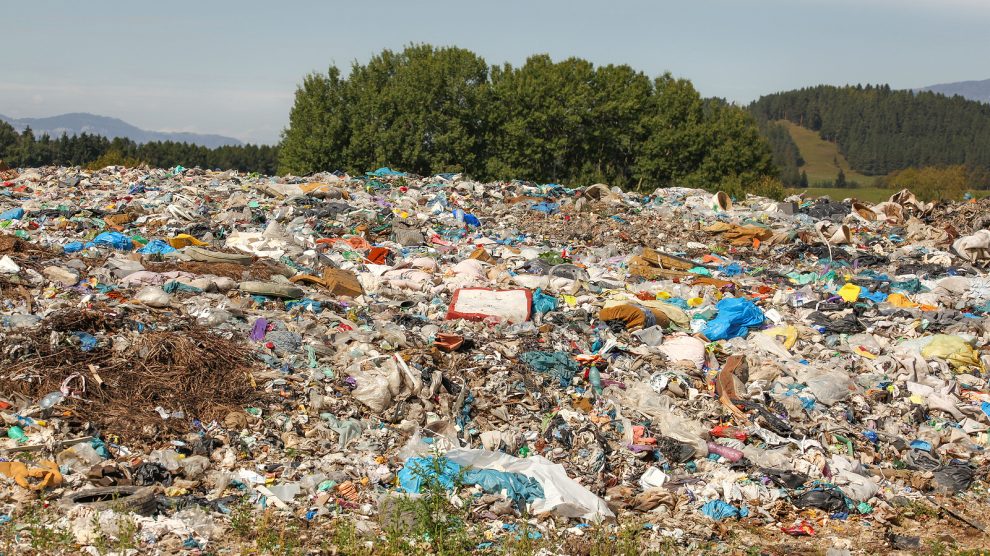 As traditional waste destinations such as China close their doors to EU rubbish, the bloc’s richer member states are looking to those in the east. The result – a huge increase in solid waste pollution and environmental deterioration in Central and Eastern Europe.

First announced in the 2019 European Green Deal, the European Commission is currently in the process of revising the bloc’s waste shipment regulations, which date from 2006.

The revision aims to make recycling within the EU easier and shipments of waste to third countries harder.

However, while this might seem like a positive development, experts fear that stricter control over shipments to third country recipients may lead to an increase in waste exports to member states within the EU.

“The EU is generating too much waste and cannot deal with it. Therefore, this waste – often of low quality – is shipped to countries with lower wages and weaker environmental protection where it causes the environmental and social impacts we’ve seen many times in countries like Turkey, Malaysia or Indonesia,” Pierre Condamine, waste policy officer at Zero Waste Europe, tells Emerging Europe.

According to the European Commission’s Directorate-General for the Environment, the EU exported 1.5 million tonnes of plastic waste, mostly to Turkey, Malaysia, Indonesia, Vietnam, India and China, in 2019 alone.

“However, as exports to those non-EU countries are now being limited, we’re worried about wealthy countries generating high quantities of waste offloading their waste to countries with lower wages such as Poland, Bulgaria or Romania. Waste flows previously going to Southeast Asia are now going to CEE,” explains Condamine.

Since January 2021, the Directorate-General has been enforcing three new limitations on the export of waste outside the EU, including regulations regarding the type of waste that can be exported, the conditions of export, and the authorisation of shipments.

The revised rulebook states that these same regulations apply to the export of hazardous or difficult to recycle plastic waste within the EU’s borders, while “intra-EU shipments of non-hazardous waste for recovery will be exempt from these new controls.”

As a result, several EU members in the CEE region have experienced a growth in the import of litter.

While this is technically legal, shipments labelled as containing recyclable material have been found to contain non-reusable and at times dangerous waste – a service for which western companies have proved willing to pay considerable amounts of money, as well as cooperate with organised crime groups.

“Unfortunately, the actors and beneficiaries behind those practices are private companies, recyclers or brokers – sometimes simply selling waste shipments to another company without even taking physical possession of the shipments – acting in the shadow with many illegal practices such as mislabelling or corruption,” says Condamine.

The problem is particularly acute in Romania.

There, the country’s environment minister, Tánczos Barna, said in April that his ministry had agreed with police on a number of methods to restrict the access of certain products in Romania, to scan trucks, to see what they contain and to compare the findings with official documents.

“It is a constant fight against the mafia, there are several criminal organised groups involved in these activities,” says Barna.

Border police at the Sud Agigea port near Romania’s Black Sea town of Constanţa in April found several containers loaded with rubbish illegally imported by two organisations based in and around the capital Bucharest.

The shipment’s documentation claimed that it included only recyclable plastic, but it was also found to contain wood, metal, and hazardous waste, such as batteries.

The containers were revealed to have been stacked in Germany by a Belgian company.

Similarly, Poland, which already receives the third largest quantity of waste from the UK after Turkey and Malaysia – has also suffered from an increase in shipments from within the EU.

While Austria, Germany and Italy have all been accused of not doing enough to prevent illegal exports to Poland, Germany was the origin of 70 per cent of rubbish heading to Poland in 2019, and according to the Germany’s Left party (Die Linke), in 2018 the country exported close to 250,000 tons of waste to its eastern neighbour.

Also in 2019, police in Krakow, Katowice and Czestochowa arrested 15 people accused of being part of the “waste mafia”, after 2,452 tons of illegally-stored waste were found in and around the three towns. The accused had charged eight million złoty (1.9 million euros) for their services, demonstrating just how lucrative the waste industry can be.

“The main perpetrators and beneficiaries (exports are driven by economic benefits) are the waste management companies in Western Europe, that make use of the fact that waste is cheaper to treat in Eastern Europe and that Schengen offers no border controls. Environmental inspections are also less stringent in Eastern Europe,” Piotr Barczak, senior waste policy officer at the European Environmental Bureau (EBB) tells Emerging Europe.

“This is done in cooperation with the individual companies that receive the waste. It can be used for industrial purposes (part of the waste can be recycled, legally), but can also be gotten rid of illegally. Illegal dumping – either burning or landfill – is more economically beneficial for both sides, but is also detrimental for the environment,” explains Brarczak.

“In most cases waste is declared as recycling, but in fact it is just waste, and is placed in landfills or incinerated illegally,” Mihaela Frincu of the Romanian National Institute for Research and Development in Chemistry and Petrochemistry (ICECHIM), tells Emerging Europe.

“This is a growing problem but also one we can solve as the EU is now revising its waste shipment regulations and starting to implement its new circular economy action plan,” says Pierre Condamine.

As these regulations continue to evolve and change, one of the key aspects included in the most recent July revisions is to “improve transparency and traceability of waste in both OECD and non-OECD countries,” according to Interreg Europe, one of the EU’s instruments for cross-border policy cooperation.

However, according to a recent document sent to Brussels by the EBB and Zero Waste Europe, monitoring should be just one aspect of the new law.

“The way forward [for the EU] is to ban or strictly limit, as well as monitor, waste shipments within the EU to ensure that only qualitative material is shipped,” says Condamine. “The situation can get worse, but there is a solution: the proximity principle – more investment in local capacity for composting and recycling, more green public procurement for recycled materials, better separation of waste, and more.”

“Moving waste over long distances is wrong and far from the goals of the circular economy,” says the EBB’s Barczak.

“Waste should be reduced at source and reused and recycled as close as possible, to benefit the local economy and make local waste generators responsible.”

This might not bring an end to the practice of transporting waste across borders, but that is not necessarily a bad thing.

“It might mean that near-border transfers remain possible. In the end, the EU is about cross-border cooperation, and we often have communities on both sides of the border that can share the same services,” he concludes.

Can the Open Balkans project succeed without half of the region?
Montenegro narrowly avoids Chinese debt trap, for now
Comment