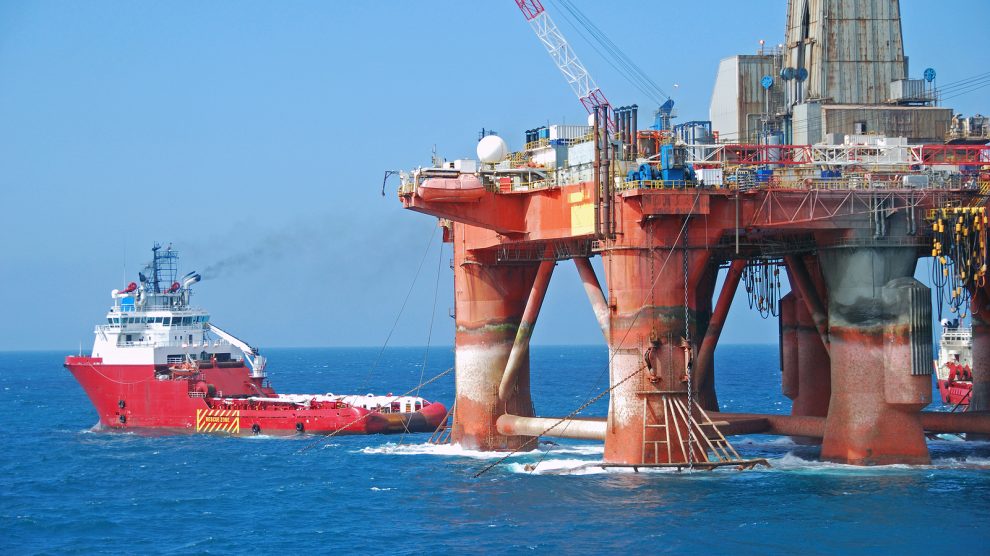 Montenegro is hoping that an exploration project in its territorial waters will confirm the presence of billions of euros worth of oil and gas. Environmentalists and anti-corruption campaigners are concerned.

In April, Italian oil company ENI and Russian gas giant Novatek began searching for oil and gas 28 kilometres off the shore of Montenegro.

The entire project has been criticised from the outset, beset with accusations of a lack of transparency and concerns over the possible damage it could cause both to the environment and to the Montenegrin tourism industry, which contributes more than twenty per cent of the country’s GDP.

It’s a familiar scenario for such projects in the Western Balkans.

On one side are government officials pointing out the potential economic benefits. For Montenegro, a country so reliant on tourism, oil and/or natural gas exploitation could help diversify the economy, a priority whose importance was made starkly clear by the Covid-19 pandemic and associated travel and hospitality industry restrictions. The country’s GDP fell by more than 15 per cent in 2020, one of the largest falls of any country in Europe.

“Drilling is in the initial phase and it’s still early to draw conclusions,” Marko Perunović, Montenegro’s state secretary at the ministry of capital investments told Deutsche Welle in April. “Still, results up to now show that geological prognoses based on interpreting seismic data were correct.”

ENI and Novatek are drilling at a depth of 6,500 metres and the exploration project is expected to take around six months.

“If the expectations about the size of the well are confirmed, the revenue that Montenegro would receive means not just a financial injection for a faltering economy but security and stability for several next future generations,” said Mr Perunović.

The ministry estimates potential reserves of “billions” of euros.

There is no doubt that Montenegro needs the money. In December 2020, the country’s national public debt shot up to a devastating 103.28 per cent of GDP due in large part to a debt owed to the Exim Bank of China, which accounts for 17 per cent of the total.

This high level of debt to China, nearly one billion euros, is the result of preferential loans signed in 2014 by the previous government of Milo Đukanović for the construction of a section of the Bar-Boljare highway. With the loan’s six-year grace period having ended, it’s now time to pay up.

But while Montenegro’s officials are already counting the money, environmental organisations are sounding the alarm over what offshore drilling could mean for the environment and how they might fit in with the European Union’s commitment to an exit from fossil fuels by 2050.

“In the 21st century, it’s baffling that Montenegro is going into oil and gas exploration because we are striving to fulfill climate goals for 2030 and 2050. While all the countries in the Mediterranean are abandoning hydrocarbon exploration, we are today embarking on a risky adventure – for the sea biodiversity, for local people, for our still-developing fishing industry, and also tourism which is our most important economic sector,” Nataša Kovačević, executive director of Green Home, tells Emerging Europe.

She also points out concerns over whether Montenegro has the necessary resources and know-how to deal with any potential spills.

“ENI has had 400 spills in regular operations around the world, and Novatek is blacklisted by the United States,” she says. “We don’t have specialised vessels, only a few lifeboats, while the only inspector for the area does not have the necessary licenses that would let him access the platform and and perform controls.”

Mr Perunović says that the chances of accidents are “low” and that the two companies have a contractual obligation to fix the consequences of any adverse events and to compensate damages to the state.

Possible effects on the tourism industry are also causing concern. Ms Kovačević says that if oil or gas are found, the construction of accompanying infrastructure such as pipes and even possible LGN terminals,  as well as the presence of tankers might give tourists pause when choosing Montenegro’s coast as their vacation spot.

“Tourists that come will express doubts, about the seafood, the fish they are eating, the provenance of olive oil and other products we are recognised for. And the oil rigs, even though they are some twenty kilometres out, are still visible from the shore,” she explains.

In April, the environmental NGO Koalicija 27 submitted a complaint to the Energy Community, the international organisation consisting of the EU and enlargement candidates with the goal of implementing EU energy policies. Energy Community will have to make a decision in the next six months, and the focus of the process will be the environmental impact, the lack of transparency, and the 2030 EU climate goals.

Ms Kovačević explains that the Energy Community mechanisms are not very strict, but are instead mostly recommendations.

“What we’ll get from the process is showing that that in this case, Montenegro has broken regulations, both domestic and international,” she concludes.

But it’s not just ecology and tourism that is worrying civil society in Montenegro. A lack of transparency is also an issue. The anti-corruption NGO MANS has been one of the loudest critics of the offshore drilling project.

“The main problem is that the documentation about finance and deals is not available to the public,” says Vanja Čalović Marković, the executive director. “Our key complaint is that the project is extremely non-transparent.”

Ms Čalović Marković also points out that the public only found out after the fact that ENI and Novatek owned the two Montenegrin companies ostensibly carrying out the exploration.

According to financial data that MANS has posted on its website, the two Montenegrin firms have borrowed significant amounts of money from their parent companies, about 70 million euros.

“Under the contact and our laws, they essentially won’t be paying any taxes until they repay the loans,” Ms Čalović Marković explains.

Another issue is that a proposed hydrocarbon fund has not yet been established.

“If the state will have so much profit, why hasn’t the hydrocarbon fund been established?,” she asks. “This was the reason why the current minister did not want to vote for that contract when he was an opposition MP. Why did he not establish the fund when he became minister, but instead continued to carry out the contract and in no way called it into question despite the fact that the current parliamentary majority claimed the agreement was corrupt when they were in opposition?”

Despite the protestations of environmentalists and anti-corruption NGOs, the project presses on.

The government has said that there will be a full public debate before exploitation begins, as and when hydrocarbons are found – which appears likely.