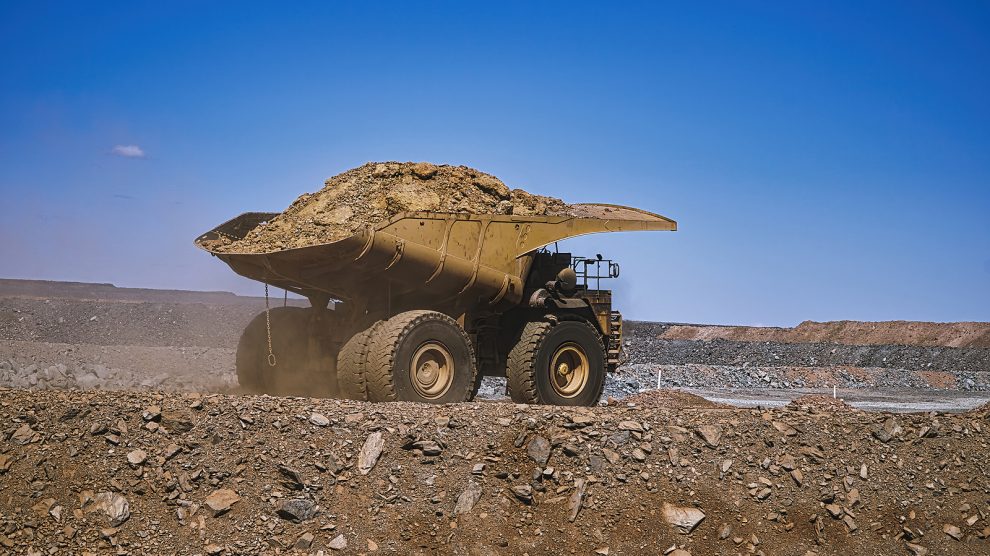 Canada-based mining company Centerra Gold has announced that it will initiate arbitration proceedings against the government of Kyrgyzstan following the latter’s moves to heavily fine the firm and temporarily nationalise the Kumtor gold mine.

The past two weeks have had enormous economic implications for the Kyrgyz Republic.

On May 6, the country’s parliament passed a law allowing for the temporary nationalisation of foreign companies which were found to have violated local laws. A day later, a Kyrgyz court imposed a 3.1 billion US dollar fine on Canadian firm Centerra Gold, which operates a gold mine in the country, for environmental violations.

This was followed up by tax claims amounting to over one billion US dollars.

“The government’s actions have left Centerra no choice but to exercise our legal rights, through the pursuit of arbitration and otherwise, to protect the interests of KGC [Kumtor Gold Company], Centerra and our shareholders,” said Centerra’s CEO Scott Perry in a statement.

Both the embassies of Canada and the United Kingdom in Kyrgyzstan have expressed their concern over the developments.

“Measures that negatively impact trade and foreign direct investment will further undermine already the fragile economic livelihoods of the Kyrgyz people,” said the embassies in a joint statement.

The European Bank for Reconstruction and Development (EBRD), a major investor in the country, expressed similar sentiments, claiming that “any such decision would put in doubt the commitment of the Kyrgyz Republic to stand by its obligations to its international partners and foreign investors.”

Furthermore, Centerra Gold has accused the Kyrgyz government of intimidating the company through police visits to the homes of executives and raids executed on the company’s offices.

According to some foreign analysts, such moves could lead to stringent measures being taken against Kyrgyzstan, including international sanctions. Kyrgyzstan has been particularly badly hit by the Covid-19 pandemic, and was among the first countries in the world to appeal to the World Bank for financial support to aid in its economic recovery.

On May 17, the Kyrgyz parliament held an extraordinary session on the issue of the Kumtor mine. During the session, parliament approved introducing external management of the mine – effectively nationalising it. Furthermore, Kyrgyz officials expressed their confidence that they would win in any arbitration proceedings initiated by Centerra Gold.

These drastic moves by the Kyrgyz government are believed to be largely on the initiative of President Sadyr Japarov, who was catapulted to power following last October’s revolution that followed a disputed parliamentary election.

Japarov has a history with the mine that dates back almost a decade, having first come to prominence in 2012 when he organised rallies against Centerra Gold for alleged environmental violations.

According to a person working in the country and quoted anonymously by the Financial Times, Japarov, since coming to power is a “man on a mission”. Coming from a humble background, it is also believed that Japarov bears a personal grudge against the owners of the mine and other local and international elites working in his country.

However, the Kyrgyz parliament appears to be behind his latest initiative. According to one MP, Baktybek Turusbekov, Centerra has dumped over two billion tons of waste on glaciers around the mine. Furthermore, Akylbek Japarov (no relation to the president), head of a special government commission on the mine, accused Centerra Gold of using political connections to both silence critics of the mine and promote more obliging government officials through the ranks of power during preceding administrations.

It should be noted that successive Kyrgyz governments, including that of Sooronbay Jeenbekov, who presided over the latest round of agreements with Centerra Gold, fell to popular uprisings driven by anger at corruption and economic mismanagement.

According to Stanislav Pritchin, a researcher at the Centre for Post-Soviet Studies at the Russian Academy of Sciences, these recent initiatives are attempts by the new Kyrgyz government to raise funds for the state budget. Interestingly, since coming to power, Japarov has also initiated programmes of privatisation of state-owned enterprises. However, the seizure of the Kumtor mine could derail these efforts.

“From the point of view of the image and investment climate, this destroys the whole situation,” says Mr Pritchin. “Whatever the reasons, there was always the opportunity to negotiate out of court, without changing the status of the enterprise and imposing external management.”

The Canadian government has already indicated that it would be supporting Centerra Gold. The odds are increasingly stacked against the Kyrgyz government – even if it were to win in arbitration proceedings, it would find it exceedingly difficult to find a new buyer for the mine. While this could open the door for China to strengthen its influence in the country, as in neighbouring Kazakhstan, public opinion against China has been souring due to its existing economic interests within the country, and its repression of Muslims in Xinjiang.

All of these are cited as reasons by Centerra Gold to validate its presence in the country. Furthermore, Centerra has pointed to millions of dollars in investments in infrastructure projects, charity initiatives and economic stimuli as proof of its positive contribution to Kyrgyzstan. Although these figures undoubtedly pale in comparison to the profits accrued by the company, the contributions will be difficult to replicate, particularly for a country lacking in natural resources and foreign currency reserves.

With Kyrgyzstan lacking the human and technical capital to self-administer the mine, and attracting buyers projected to be a difficult undertaking, its treatment of Centerra may prove to be a pivotal miscalculation.