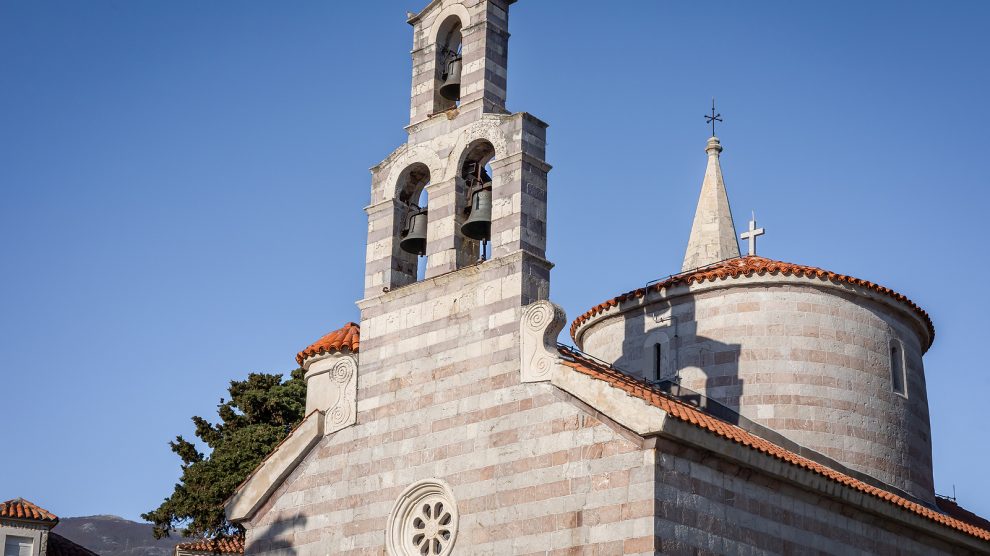 Religion has brought down another government in Montenegro, whose reformist prime minister has paid the price for making ‘overtures’ to Serbia.

Montenegro’s government was toppled late in August – just four months after it took office – after it made a highly controversial deal with the Serbian Orthodox church.

The deal regulates relations between the Serbian Orthodox church, the largest in Montenegro, including its ownership of real estate, and the state.

PM Dritan Abazović, who promised to step up the country’s fight against corruption, nepotism, and organised crime, struck the “fundamental” deal with the church behind closed doors on August 3 in what Tanya Domi, an adjunct professor at Columbia University and a Balkan expert, says was an overture to the Serbian President Aleksandar Vučić.

The Democratic Party of Socialists (DPS), a member of the ruling coalition, immediately turned its backs on Abazović, triggering a no-confidence vote. The country’s 81-member legislature passed the motion of no-confidence by a vote of 50 to one. Domi says that even some supporters of Abazović did not back the deal.

Montenegro’s politics have been long marked by divisions between those who identify as Montenegrins, broadly pro-Western, and Moscow-leaning Serbs who oppose the Adriatic republic’s independence. Montenegro separated from Serbia in 2006 but its church has remained under the control of the Serbian Orthodox church.

Montenegro has previously signed several other “fundamental agreements” with smaller religious communities, the Catholic church in 2011, and the Islamic and Jewish communities in 2012. But no agreement had until now been reached with the Serbian Orthodox church.

According to DPS leader, Milo Đukanović, who is also the country’s president, the agreement signs away “a chunk of Montenegro’s sovereignty”.

Tanya Domi says that Đukanović’s criticism may have substance.

“There are many valid criticisms of President Đukanović with respect to corruption, nepotism, politically driven infringements on media freedom. And for these reasons it is clear why most other political parties will not enter into a coalition with the DPS,” she says.

“But without a doubt, Đukanović has never bowed before Belgrade since Montenegro’s independence as Abazović did when he yielded to Vučić in this private signing ceremony with the Serbian Orthodox church.”

Domi adds that Abazović did not listen to his advisers said, and instead committed “political self-sabotage”.

New elections, or a new government?

Abazović’s government will continue to function in a caretaker capacity until a new government is formed.

But Domi says that according to her sources, new elections are much more likely.

The future of Abazović is therefore unclear. He has defended the agreement as a way to bring an end to long-standing property disputes with the church and move on to other matters.

Critics say the agreement undermines Montenegro’s national interests, describing it as a tool for Serbia and Russia to increase their influence in the country.

When taking office in April Abazović, 36 and an ethnic Albanian, became the first-ever Montenegrin prime minister from a minority ethnic group. An LSE alumni, he was considered as an up-and-coming progressive leader who rose to power thanks to his anti-corruption and pro-EU integration rhetoric.

Now, after the agreement with the church, many things are uncertain; even Albanian lawmakers voted to remove him from office. Professor Domi says that she does not expect him to be back as PM any time soon.

She says she was “astonished” by his comments in July at a ceremony commemorating the Srebrenica massacre where he said that the atrocity was not committed against Bosnian Muslims but against “people”.

While he later apologised, Domi suggests that Abazović “blew his chance” on the big stage, and positioned himself towards Belgrade.

Why is the agreement with the church so problematic?

register all Orthodox churches and monasteries as property of the church and to start a process of restituting church property nationalised or confiscated by the Yugoslavia’s Communist authorities after World War II.

It also obliges Montenegro to seek the permission of the Serbian church before allowing the construction of other Orthodox churches in the country (including by Montenegro’s own orthodox church), while Orthodox religious education can be regulated in public schools.

In December 2019, the DPS effectively transferred ownership of Serbian Orthodox church buildings and estates built before 1918 (when the Montenegrin state was abolished and united with the Kingdom of Serbia) to Montenegro’s Orthodox church. It was later partially reversed following widespread protests by Serb-oriented Montenegrins.

About one-third of Montenegro’s population of 620,000 identifies as Serb. Political and religious infighting in the country has slowed European Union integration efforts, although Montenegro became a NATO member in 2017.