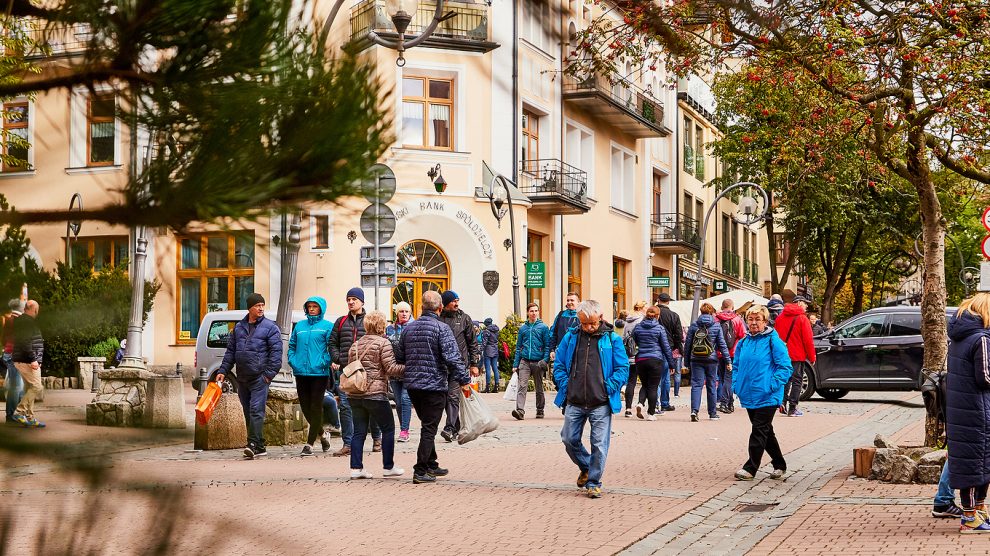 Ukrainian migrant workers have made a major contribution to the Polish economy over the last decade, but they continue to face problems at the hands of both employers and the authorities.

In early September, 25-year-old Dmytro Nikiforenko, a native of Ukraine’s Vinnytsia region, left a party late at night in the western Polish city of Wrocław.

Shortly after, he was detained by Polish police and taken in for processing. By morning, he was dead.

An investigation showed that the young man had been beaten with batons, punched, kicked and suffocated while detained. Last week, charges were filed against nine persons involved in his death, including four police officers who each face up to 10 years in prison.

The incident shocked the local community, where it is exceedingly rare for people to die in police custody.

Although the case appears to be one of simple police brutality rather than a crime driven by ethnic prejudice, there is no doubt that Ukrainians, like many other immigrant groups in Poland, tend to find themselves in vulnerable situations far more than locals.

“It could have been anyone,” says Dr Helena Patzer, a professor at the University of Warsaw’s Institute of Ethnology and Anthropology. “This is police violence against a vulnerable victim. But as as a foreigner you are always going to be more vulnerable.”

Ukrainian workers, despite their huge contribution to the Polish economy, often find themselves shut out of Polish society with all the guarantees and benefits that come with it, and vulnerable to exploitation at the hands of employers.

Although Poland was always a popular country for Ukrainians, the beginning of the civil war in eastern Ukraine in 2014 led to big increase in migration.

Since then, Poland has admitted between one and two million Ukrainian immigrants: as many enter without work permits (Ukrainians have been able to visit Poland and the rest of the Schengen area since 2017 visa-free) an actual, accurate figure is hard to come by.

This migration from the east came shortly after Poland’s own exodus, to the west.

Following its accession to the EU in 2004, Poles have also been emigrating in numbers, leaving the country short of labour and with an ageing population. About 1.2 million Poles, representing some three per cent of the population, left the country between 2002 and 2013, with the bulk moving to the United Kingdom and Ireland.

As such, the Polish government found a convenient solution to its demographic issues: right next door it had a poorer, culturally similar neighbour with a relatively large population. In 2018, 20 per cent of all EU residence permits issued that year were issued in Poland, to Ukrainians. Visa-free access to Schengen countries from only accelerated this process.

According to research presented in the Review of World Economics, Ukrainian migrants contributed to around 13 per cent of Poland’s GDP growth between 2013 and 2018. Ukrainians have been crucial in Poland’s economic resurgence, plugging substantial demographic gaps created by migration.

Despite this, however, many Ukrainian migrants find themselves alienated in Poland. One of these is Yaroslav Reznikov, a Ukrainian from Luhansk, who had been living in Kyiv before moving to Poland earlier this year. He currently works up to 12 hours a day at a warehouse, sorting parcels. All of his colleagues are Ukrainians.

Yaroslav says that when he broke his foot on a cart loaded with parcels, his manager did not let him leave, threatening to fire him if he did.

“He said to wait two hours, to see what happens to my foot. When it began swelling, only then did he let me leave. But nobody offered to take me home, or to the hospital. I left on one leg cursing the day I arrived here.”

This is not an isolated incident. There are even cases of Ukrainian workers dying after suffering medical emergencies. In 2019, during a record-breaking heat wave in the town of Nowy Tomysl, 36-year-old Vassiliy Cherney fainted at work in a coffin factory. His employer forbade his colleagues from calling an ambulance, drove the man to a forest, and left him there, where he ended up dying.

Furthermore, the attitude of Poles towards Ukrainians appears to have worsened since 2014. Part of this is driven by the anti-immigrant rhetoric of the ruling Law and Justice party (PiS). Although primarily targeted at Muslims, some of it is also applied to Ukrainians.

According to Dr Marta Kindler, a sociologist at the University of Warsaw’s Centre of Migration Research, since 2014 a greater number of Ukrainians from the east of the country – especially war-torn Donbas – began making their way to Poland.

These were primarily Russian speakers, less capable of understanding Polish. This also contributed to creating a less welcoming attitude towards Ukrainians, she suggests.

Despite the problems, migration from Ukraine does not appear to be slowing: something the Polish economy should be thankful for.

“We have been observing changes in strategies from the migrants,” says Dr Patzer. “We are seeing more settlement migration. Whereas before it would usually be just one breadwinner who moved to Poland, now, more often you see whole families moving here and kids getting enrolled in school.”

Ukrainians who had previously demonstrated a willingness to contribute short-term to Poland – they already represent by far the largest immigrant community in the country – now want to contribute long-term.

Poland, and Poles, would do well to offer them a warmer welcome.