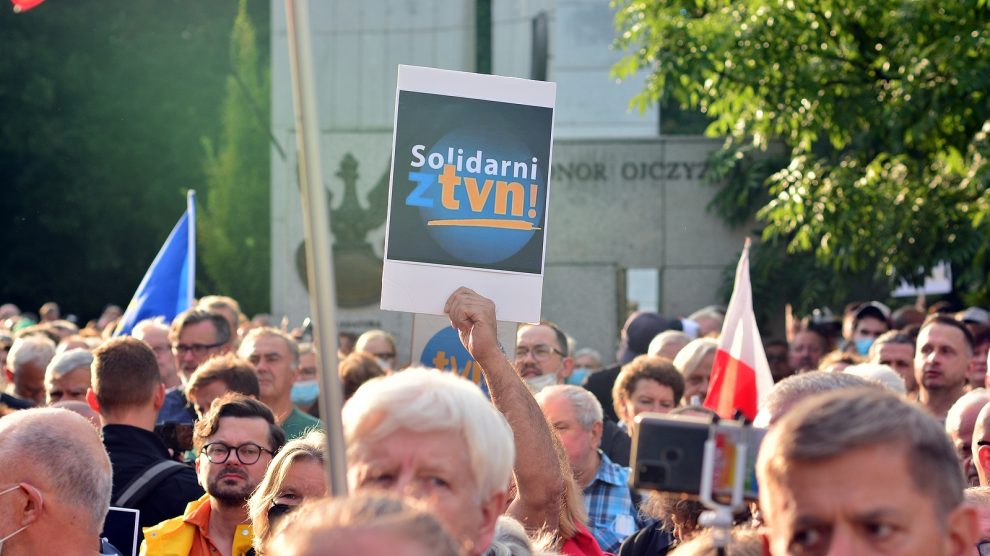 Citing a US-Poland trade agreement from 1990 and a wish to avoid further societal conflict, Polish President Andrzej Duda has vetoed a bill that could have forced US company Discovery to sell the country’s biggest TV network, TVN.

“Polish society has a lot of problems and conflicts. We don’t want another fight,” said Duda on December 27. “The United States is our ally and we cannot fight our ally and disrespect international business law.”

Poland’s ruling Law and Justice party, PiS, on December 17 unexpectedly forced a vote in parliament on the media reform bill which would have prevented companies from outside the European Economic Area holding more than a 49 per cent stake in Polish radio and television stations.

PiS had claimed that it would protect all broadcasters from takeovers by companies based in hostile foreign powers such as China and Russia, while opponents said it was an attempt to silence TVN, whose news channel TVN 24 is often critical of the PiS-led government.

The law was even dubbed “Lex TVN” by opposition lawmakers, who say that the new rules would see TVN lose its broadcast licenses.

Thousands of protesters calling for media freedom marched through the Polish capital Warsaw in the days after the bill was passed by parliament, while more than two million people signed a petition calling on the president to veto the proposed law.

Many rival media organisations also expressed their solidarity with TVN, while international press freedom watchdogs, such as Reporters Without Borders (RSF), sent a joint letter to Duda calling on him to veto the law on the grounds that it poses a “fundamental threat to media freedom and pluralism in Poland”.

Since Law and Justice took office in 2015, Poland has fallen 46 places in RSF’s World Press Freedom Index and is now ranked 64th out of 180 countries.

RSF says that the Law and Justice strategy of “repolonising” the media has included repeated political meddling in privately-owned media outlets with the aim of influencing their editorial policies. After the leading provincial press group, Polska Press, was acquired by the government-controlled petroleum products company PKN Orlen, it had to fire four editors and replace them with former public TV journalists closely aligned with the government.

Discovery – the largest US investor in Poland – had previously called the bill “an attack on core democratic principles of freedom of speech, the independence of the media and is directly discriminatory against TVN and Discovery”, warning that, “Poland risks directly undermining the values that have connected Poland with Europe, and uprooting the foundation of the Polish-American relationship.”

President Duda, although backed by PiS, had repeatedly said that he would not sign the bill.

“We must honour the agreements we have made, because in the future someone else could treat us the same way,” he said, adding that while he believed that there was too much foreign capital in Poland’s media landscape, “changes cannot break [existing] agreements”.

The law will now be returned to the Polish parliament, the Sejm, for review.