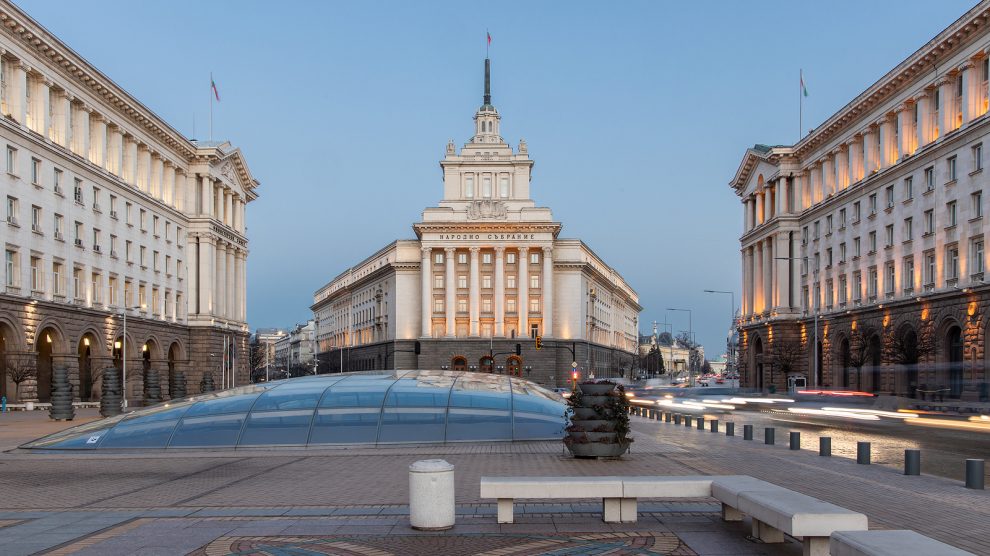 Bulgaria will on October 2 hold yet another parliamentary election, its fourth in two years. With an economic crisis looming and deep divisions over Bulgaria’s approach towards Russia’s war on Ukraine, it is likely to change little.

When a fragile coalition which had led Bulgaria for less than eight months officially collapsed in June, it was clear that yet another general election would have to be held later this year, so fractious is the political climate in the country.

The four-party coalition, led by the We Continue the Change party (PP) of then Prime Minister Kiril Petkov, came to an end when the populist There Is Such a People party (ITN) pulled out on June 8.

ITN’s public face, the popular TV personality Slavi Trifinov, had been in open conflict with PP over the country’s budget, but had also objected to what has become known as the French Compromise, which saw Bulgaria finally lift its veto of North Macedonia’s EU accession talks.

On June 22 the Petkov-led government became the first in Bulgaria’s history to suffer defeat in a no-confidence vote. The result was met with massive pro-government protests in Sofia and other major cities throughout the country.

The subsequent, controversial decision two days later to accept the French Compromise and lift the Bulgarian veto on North Macedonia’s path to joining the EU was one of the last major political decisions of the Petkov government, which officially stepped down on August 2.

With no other party willing or able to form a coalition, President Rumen Radev had no choice but to call an election for October 2, installing a caretaker administration to run the country until then.

The impact of the Russia’s invasion of Ukraine

According to Ivaylo Dinev of the Centre for East European and International Studies (ZOiS), the reasons for the collapse of the coalition are obvious, if not entirely predictable, given the contrasting ideology of the four parties involved.

He says that the coalition’s chief source of unity was its opposition to the way the previous ruling party, GERB, led by former prime minister Boyko Borissov, ran the country.

“Other than that, the [four] parties had very different ideas,” he tells Emerging Europe.

The Petkov-led PP had taken a strong anti-Russia stance even before Moscow launched its latest invasion of Ukraine, and the party’s approach only hardened following the start of the fighting.

Meanwhile, multiple high-level members of the second-largest party of the coalition, the Bulgarian Socialist party (BSP), which enjoys a very wide support amongst the elderly, had suggested that it is in Bulgaria’s best interests to take a more neutral stance towards the war, similar to that of Hungary.

Bulgarian political commentator Emil Sokolov describes President Radev, who is backed by the BSP, as “pro-Russian”, arguing that the caretaker government he has installed might be willing to negotiate with Russian energy giant Gazprom in order to restart Russian gas shipments to the country.

“The PP and Democratic Bulgaria [the fourth member of the erstwhile coalition] represent young people from the cities who are almost exclusively pro-Western. That made continuing in a coalition with the Socialists impossible,” he tells Emerging Europe.

Then there is the GERB, which firmly stands against Russia and believes that Bulgaria’s place is alongside the West, but which Sokolov says “has a notoriously serious problem with systematic corruption”.

According to Ivaylo Dinev however, the decisive narrative of the upcoming election will once again be parties that brand themselves as anti-corruption pitting themselves against GERB, with their relative stances on the war in Ukraine likely to take a back seat.

Economics could also be a factor, he suggests.

“The end of the [Petkov] cabinet is more related to a purely economic clash between different groups and their interests – I am talking about the mutual accusations between PP and ITN about what funds are allocated for road construction and who wins these contracts, as well as the issue with the Captain Andreevo border crossing,” he says.

Captain Andreevo, an area that straddles Bulgaria, Greece and Turkey, has been found to be a major threat to EU security and safe haven for organised crime groups.

PP has accused corrupt members of GERB of collaborating with illegal organisations active in the area, outlining this as the main reason for Bulgaria’s slow progress towards joining the border-free Schengen Area.

“We are set for another election this autumn but none of the parties can even talk to each other, even if they have similar takes on important policies. We have been in this trap for years,” adds Sokolov.

An economic crisis, but no government to manage it

The collapse of the short-lived anti-corruption coalition could open the door for the return of GERB, although news stories revealing the staggering levels of GERB’s corruption, most recently the Captain Andreevo scandal, remain a major topic of conversion in the Bulgarian public sphere.

Missing from the political debate, however, are social concerns, this at a time when, as Dinev says, “the country needs serious and radical social measures to help people with the lowest incomes and to reduce economic inequality.”

Alongside much of Central and Eastern Europe, Bulgaria has faced some of the highest levels of inflation in the EU since the start of the Russian invasion of Ukraine, with local unions warning that it will soon reach 20 per cent.

“In this economic crisis, in order to prevent hundreds of thousands of Bulgarians from falling into social poverty, an increase in the minimum wage and a serious rethinking of the tax policy will be necessary, so that people with low incomes do not bear the brunt of the crisis,” he says.

However, it is doubtful that the current, caretaker government, will be able to take such bold action.

The country will therefore struggle on until the election in October, but even then the chances of a new coalition being formed are slim. PP is likely to once again be the largest party, but as Dinev warns, “forming a government will be much more difficult than it was last year”.