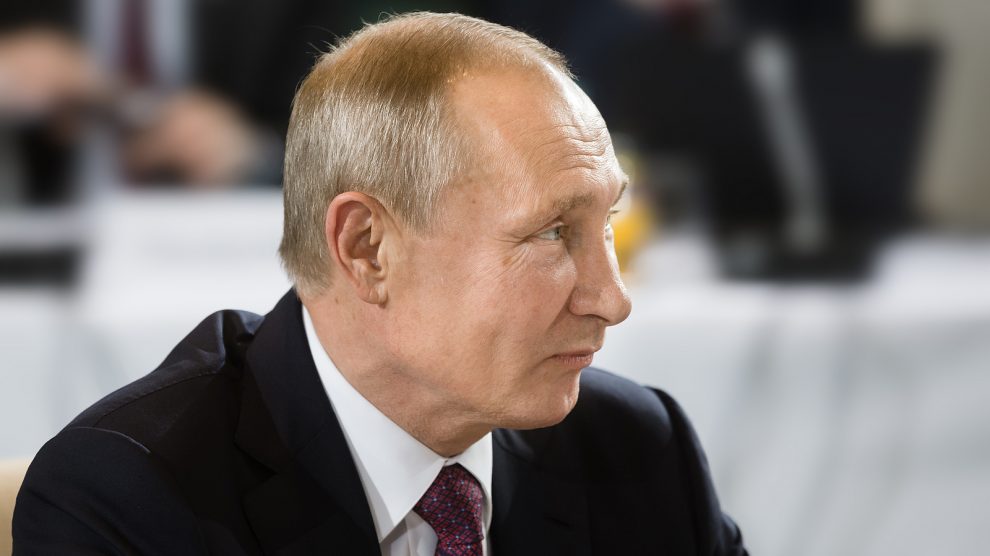 Although Vladimir Putin’s annual state-of-the-union addresses are always occasions for bluster and saber-rattling, this year’s over-the-top display fell into a category of its own. Fortunately, it is now obvious that the Russian president’s words signify nothing.

How to solve the humanitarian crisis in Donbas

As the world contemplates how to convince Vladimir Putin to stand down, it should also pull out its collective purse and do something to make a tangible difference in the lives of those left behind.

It took six months, but several of Georgia’s opposition parties have reluctantly signed a European Union-brokered deal that ended their protest against the ruling Georgian Dream party. The agreement comes after a protracted dispute over accusations by the opposition that Georgian Dream rigged last October’s parliamentary elections and was leading the country back into authoritarianism.

Attacks on democracy intensify as autocracy spreads in Europe and Eurasia

Elected leaders in Europe and Eurasia are undermining the very institutions that brought them to office, rejecting democratic norms and promoting alternative systems of authoritarian governance, according to Nations in Transit, the annual Freedom House report on the state of democracy in the region.

As the Caspian Sea disappears, life goes on for those living by its shores

According to a series of recent studies, the Caspian Sea — the world’s largest inland body of water — is rapidly drying up as climate change sends temperatures in the region soaring.

Data analysed by the investigative website Bellingcat supports the hypothesis that explosions in Czechia in 2014 were part of a longer-term GRU operation aimed at disrupting Ukraine’s capabilities to procure weapons and munitions critical to its defense against Russian troops and Russia-sponsored militants in the war in Eastern Ukraine.

The baleful phantom of border changes haunts the Balkans

Changing state borders in the Western Balkans is usually considered one of the most dangerous ideas in contemporary European politics. So why has a mysterious document been circulating in Brussels this month that proposes far-reaching changes to the borders established following the wars of the Yugoslav succession in the 1990s and their aftermath?

For coveted spots in China, Uzbek students ‘study like crazy’

Uzbekistan’s hardest-working students see China as a promising alternative to America and Europe. They often learn about opportunities on social media.

Why isn’t the West standing up for Czechia?

The discovery by Czech intelligence services that a bombing of an ammunitions and weapons depot in 2014 that killed two people was carried out by the same Russian agents responsible for Sergei Skripal’s poisoning in 2018 is the latest act in the ongoing drama between the Kremlin and the West – one that has been intensified by the Czech president’s inability to blame Russia for the attack, and the lack of allied support for Czechia.

Belarusian opposition Leader Tikhanovskaya’s memories of Ireland, as a ‘child Of Chernobyl’

In the wake of the Chernobyl nuclear disaster on April 26, 1986, parents in the hard-hit regions of Ukraine, Belarus, and western Russia were desperate to get their children out of the irradiated zone, if only for a few weeks. Ultimately, tens of thousands would spend summer vacations in the West, including Ireland, where a local longtime nuclear disarmament activist was at the vanguard of efforts to help the children of Chernobyl, as they came to be called.

A new feature-length documentary is retelling the story of the 70-day student blockade at Budapest’s University of Theatre and Film Arts (SZFE).

Explainer: The split in Ukraine’s Orthodox Church
Yet another ‘non-paper’ rattles Kosovo and Serbia
Comment