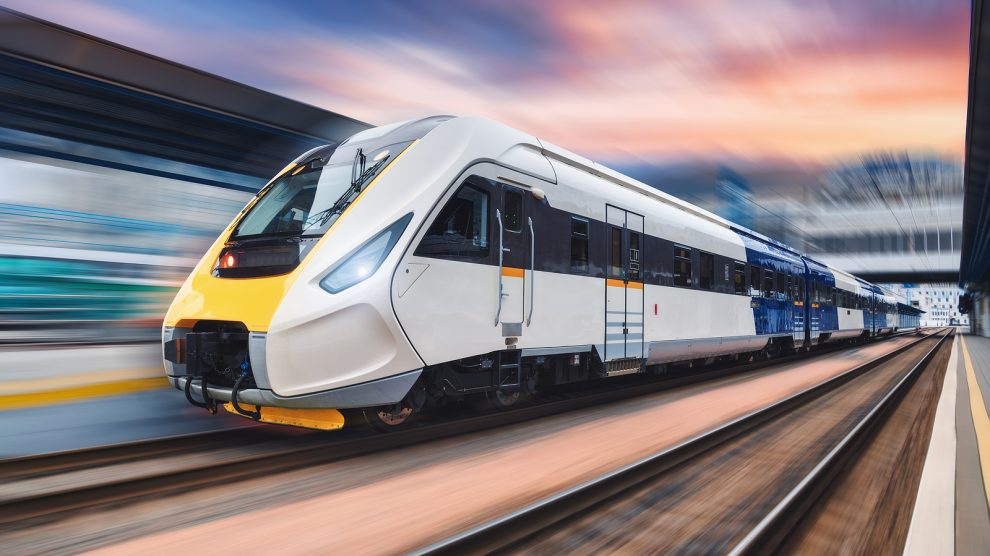 Rail Baltica promised a high-speed-rail connection linking Estonia, Latvia, Lithuania and Poland by 2026. With several sections now under construction, the ambitious project is proving controversial in parts of the Baltic region.

One of the most ambitious European infrastructure projects of recent decades, Rail Baltica aims to connect the Baltic states and parts of Poland, as well as Finland, to the rest of the European Union on European-gauge tracks.

Of the estimated 5.8 billion euros overall construction cost, 85 per cent is being financed by the European Union with Estonia, Latvia and Lithuania each contributing an additional five per cent. At the start of July, the European Parliament approved the funding as part of its 30 billion euros Connecting Europe Facility programme.

Rail Baltica has promised residents of the region that the infrastructure development will facilitate sustainable economic growth by creating a brand-new economic corridor, modern means of travel, and multimodal freight logistics, which are expected to go hand in hand with the creation of new work places and business opportunities.

The most recent development was the opening of the Kaunas Intermodal Terminal in Lithuania to commercial traffic as part of the Rail Baltica corridor on July 19.

The terminal is ready to start freight shipments long before the official completion of the Rail Balica project and a train from the Netherlands loaded with containers and semi-trailers has already been welcomed at the terminal.

“The Covid-19 pandemic, which has slowed down many industries, presents challenges to the design process of Rail Baltica in all three Baltic states,” a spokesperson for the Lithuanian Ministry of Transport and Communications tells Emerging Europe.

“In parallel, there are ongoing preparations for main line construction. Tenders have been announced for the construction of Rail Baltica infrastructure from Kaunas towards the Lithuanian-Latvian border, including the project’s longest railway bridge across the river Neris.

“Lithuania is ready to continue with construction work from Kaunas northbound, provided the necessary EU funding is available on time. The main focus of the Rail Baltica global project is to start large-scale construction works of the main line in all the Baltic states.”

On June 30, construction of a Rail Baltica station at Riga International Airport officially began, the first rail connection from Latvia’s largest airport to the city and the rest of the region.

“The implementation of the Rail Baltica project has made significant progress in Latvia,” a spokesperson for the Latvian Ministry of Transport tells Emerging Europe.

“In November 2020 construction started on the Riga Central Multimodal Transport Node and at the end of June 2021 the on Rail Baltica connection with Riga International Airport (RIX).”

“All critical path activities are ongoing. The design work is also ongoing on all mainline sections. Contracts for the detailed technical designs may, however, face a Covid-19 related extension of up to one year,” acknowledges the ministry.

The ministry further adds that the beginning of construction on the Rail Baltica connection with RIX and the Lithuania border is expected in 2021.

An infrastructure update is also to be undertaken at Salaspils Freight Terminal, infrastructure management facilities at Skulte and Iecava, and the rolling stock depot in Jaunmārupe.

Furthermore, in April of this year, Estonia and Finland signed a memorandum of understanding for cooperation in the transport sector, which includes provisions to make progress on the construction of a Helsinki-Tallinn tunnel as part of Rail Baltica.

So far, the project’s implementation appears to be following the official timeline, with funding from the European Union secured.

So why do some people in the region remain sceptical?

“Rail Baltica is as controversial in Estonia as High Speed Two (HS2) in the UK,” Priit Humal, board member of the civil movement Avalikult Rail Balticust (Publicly About Rail Baltica), tells Emerging Europe. “The major difference is the GDP differential between the two countries. Rail Baltica is three times more expensive for Estonia than HS2 is for the UK.”

“Growing uncertainty about EU financing and costs would mean a substantial burden to the national budget in the future as well as postponing or passing up other really beneficial projects,” he argues.

In Estonia, where the infrastructure project has arguably been criticised most heavily, some of the concerns include opposition to plans to build new railroad tracks rather than updating existing ones, as well as the chosen route.

“Rail Baltica’s planned route is parallel to an existing railway and located in the most sparsely populated area of the country,” says Humal.

Scepticism is not absent in Poland either, according to Adrian Furgalski, vice president of the Polish TOR Consultants Group, which focuses on railways, infrastructure, and public transport in the country.

“This is a project of political rather than economic importance. There could be satisfactory flows of travellers on internal sections, such as Warsaw – Białystok, but this will not be the case in the context of large-scale international traffic. According to the European Court of Auditors, Rail Baltica will never be profitable and traffic forecasts are inflated,” he tells Emerging Europe.

“The duration of the investment has been significantly lengthened and the costs have already increased to eight billion euros, so they have increased by more than half compared to the estimate from nine years ago. The construction of the line itself won’t be useful if we implement an inappropriate policy of access rates for freight trains. In Poland these rates unfortunately doom the railway to failure in relation to road transport,” Furgalski further argues.

Rail Baltica’s official stance is that the project is environmentally friendly, aiming to provide fully electrified transport to reduce emissions. It takes the EU’s Natura 2000 protected natural habitats into consideration, and animal passages are to be built during construction.

However, in May 2020 the Estonian Supreme Court annulled Rail Baltica’s construction plans in Pärnu county in the southwest of the country on the Gulf of Riga after Publicly About Rail Baltica and the Estonian Society for Nature Conservation filed an appeal arguing that construction will be detrimental to the environmental quality of the area.

“Experts in ecology warn that it will be harmful to the wilderness it crosses. Scientists are most concerned about the project while its proponents are mainly officials and politicians. It is difficult to see substantial traffic on the new railway. Therefore, scientists see this as a huge ‘greenwashing’ project,” Publicly About Rail Baltica’s Humal tells Emerging Europe.

While there is much less opposition to the project in Latvia and Lithuania, where project implementation seems to be thriving, Estonian and Polish concerns mean that the future of Rail Baltica is far from secure.

Why Russia’s spurious claims against Ukraine at the ECHR could be a positive development
Moldova’s lavender flourishes after post-Soviet decline: Elsewhere in emerging Europe
Comment