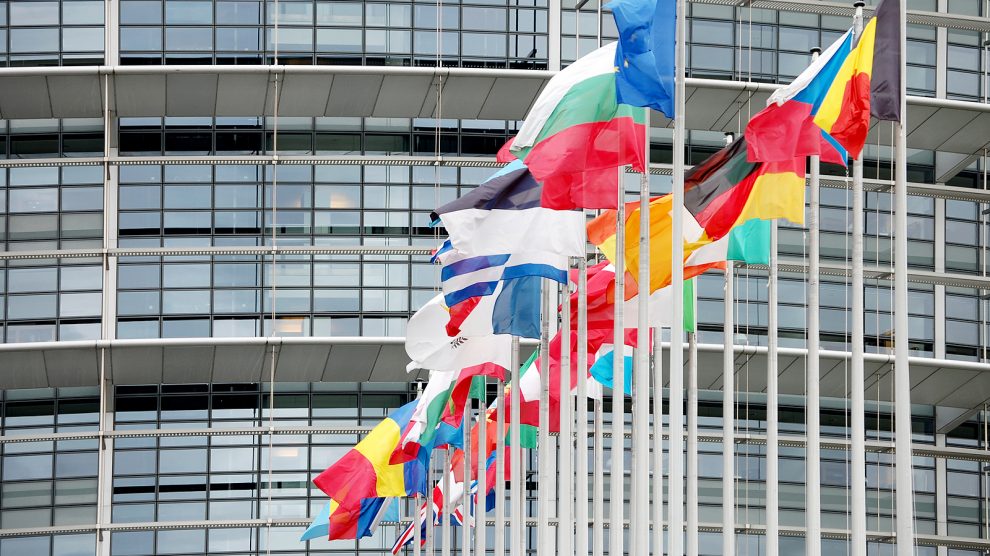 Russia has raised eyebrows and attracted derision by filing its first ever interstate application at the European Court of Human Rights with a litany of charges against Ukraine.

Interstate lawsuits are rare in the European Court of Human Rights (ECHR). To date, only 24 such cases have been filed in the institution’s nearly 70 years of history. Russia has had no fewer than six cases filed against it: four from Ukraine, one from Georgia and one from The Netherlands.

The Russian delegation to the ECHR has also been regularly accused of not cooperating with investigations. As such, it comes as a surprise that Russia has itself now decided to bring a case, against Ukraine.

It appears to be a direct response to Ukraine earlier this year filing its fourth case against Russia, over Russia’s alleged pattern of involvement in extraterritorial assassinations.

These include charges over civilian deaths which occurred during the Maidan revolution of 2014 and the war in Donbas, as well as claims of Ukrainian responsibility for the downing of Malaysian Airlines flight MH17 which was shot down over Ukraine in 2014.

Other grievances in Russia’s application included Ukraine’s water blockade of occupied Crimea and alleged linguistic discrimination against Russian-speaking Ukrainians following the passage of laws in 2017 enshrining Ukrainian as the main language in most spheres of life.

However, it is the claims regarding Ukraine’s culpability for the downing of MH17 which have raised the most eyebrows.

Russia’s claim appears to centre around the argument that Ukraine failed to perform its human rights duties by not closing airspace above an active combat zone. This is a slight departure from the past, when pro-Kremlin channels and newspapers regularly suggested that the plane was downed from Ukrainian-held territory in a false-flag attack.

“The claim intends to draw the European Court’s and the entire world community’s attention to the gross and systematic violations of human rights by the Ukrainian authorities,” the Russian Prosecutor General’s Office said in a statement.

That Russia, which for so long has dragged its feet when participating in such multilateral institutions like the ECHR, is now using these mechanisms for its own purposes has also surprised many – leading some analysts to suspect that more cynical motives are at play.

“Moscow’s main purpose…has almost certainly been to drag proceedings out as long as possible. Such applications directly use the mechanisms of the Court against it,” says Coynash.

However, others believe that whatever the intentions behind Russia’s claims, its use of ECHR mechanisms is a positive sign.

“Regarding the legitimacy and authority of the Court, it is a good thing that Russia is participating at all, even if its participation currently appears to be of a rather cynical nature,” says Dr Katia al Khateeb, a researcher at the University of Essex’s Human Rights Centre. “At the very least, it’s a step in the right direction.”

The Ukrainian side appears to be relaxed about the proceedings. Ukraine’s Minister of Justice Denys Maliuska wrote on Facebook that the claim used “all the myths of Russian propaganda”, adding: “from a legal point of view, inevitable defeat awaits them.”

“Without interfering with ECHR justice, I can be absolutely sure that this claim has no chance of being satisfied, and it was filed by Russia solely for propaganda purposes,” the minister explained.

Russia has always been reluctant to participate in institutions like the ECHR, viewing it as an intrusion into its sovereignty.

That nearly a quarter of the roughly 60,000 pending cases at the Court are filed against Russia (by far the most of any of the 47 members of the Court) does little to alleviate the notion that such institutions are inherently stacked against Russia.

Russia now participating in the ECHR can at least bring it back into the mainstream fold, and, at least superficially, compel the Kremlin to behave in a manner consistent with the principles of such institutions.