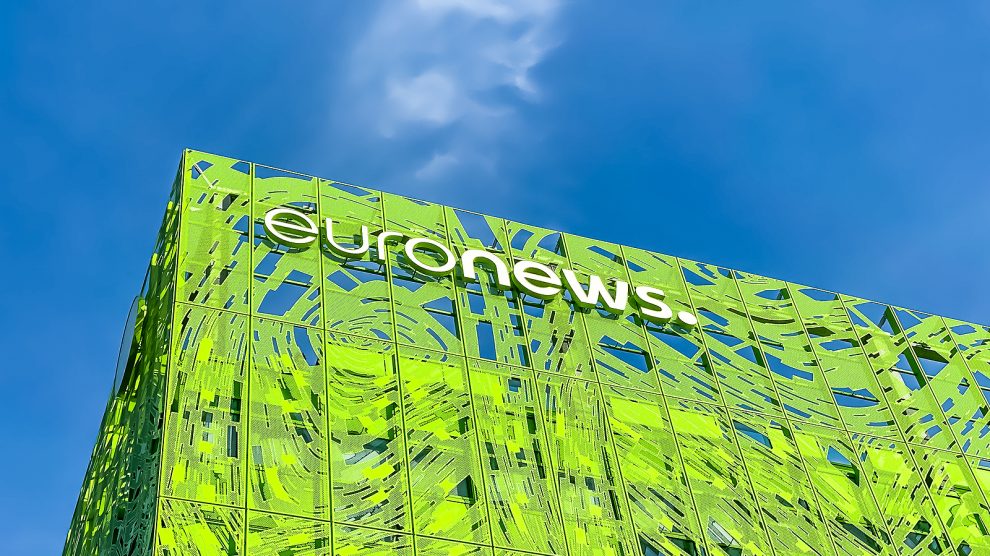 Eyebrows have been raised across Europe by a deal that will see an investment firm with ties to Hungary’s eurosceptic PM Viktor Orbán buy pan-European news broadcaster Euronews.

Euronews announced last week that a majority stake in the pan-European news network had been bought by Portuguese investment firm, Alpac Capital.

It quickly emerged that the CEO of Alpac, Pedro Vargas David, is well connected in Hungary and is the son of Mario David, a former MEP and an unpaid advisor on European Union issues to the country’s controversial prime minister, Viktor Orbán.

According to RFE/RL, Orbán and Mario David have reportedly known each other since the fall of the Berlin Wall and, in April 2016, Orbán called Mario David a “true friend” when he awarded him the Middle Cross of the Hungarian Order of Merit in Lisbon. The Portuguese politician received the award for “supporting Hungarian interests”.

The deal – which will see Alpac Capital buy an 88 per cent stake in Euronews from Media Globe Networks, owned by Egyptian telecoms magnate Naguib Sawiris, is set to be finalised in early 2022. Neither Euronews nor Media Globe Networks has disclosed how much Alpac Capital will pay for the broadcaster, which broadcasts in 15 languages across Europe.

Euronews, which has often faced financial issues, has over the years received funding from the European Commission as part of a series of Framework Partnership Agreements (FPAs; the current FPA, worth 16 million euros in 2021, supports the production and broadcasting of programmes on EU affairs by Euronews, including several language services, of which Hungarian is one) has since said that its editorial independence will remain in place after Alpac Capital’s takeover.

“I belong to the generation that was born and grew up with Europe, and who considers it an opportunity. If it has brought us peace for decades, it is also a great place for expression and debate,” said Pedro Vargas David. “I am deeply convinced that Euronews, because of the quality of its teams and its potential, can be the place where all the voices of Europe are expressed.”

However, it is easy to understand why the link to Orbán has spooked media commentators across Europe.

In March, a Council of Europe report claimed that since taking office in 2010, the current Hungarian government has “systematically” undermined independent and professional journalism, thus curtailing the free exchange of diverse opinions, particularly outside the capital, Budapest.

“The combined effects of a politically controlled media regulatory authority and distortionary state intervention in the media market have eroded media pluralism and freedom of expression in Hungary”, said the Council of Europe Commissioner for Human Rights Dunja Mijatović.

Orbán: ‘I do not want a global empire’

In Reporters Without Borders latest report on media freedom across the world, Hungary ranked just 92nd (of 180 countries globally), a fall of three places from a year earlier, as Orbán’s government “continued to extend its hegemony over the Hungarian media landscape and inspire other European countries such as Slovenia and Poland [to do the same].”

Orbán himself on December 21 denied any possible interference in the editorial policies of Euronews, saying that “Fidesz [his party] has no desire to form a global empire.”

Euronews, based in Lyon, France, began broadcasting on January 1, 1993, having been created by the European Broadcasting Union with the remit to report global news from a European perspective. Previous shareholders include British news broadcaster ITN, and NBCUniversal, the parent company of NBC News.

In common with its international news media peers, Euronews has been evolving in a complex environment in recent years. Nevertheless, in a statement the company said that it closes 2021 in a strong position, with its operating profit improving by almost 20 per cent compared with budget.

Revenue diversification activity (affiliates and partnerships) grew by 400 per cent, strongly contributing to this growth, alongside a 43 per cent increase in advertising revenues overall and a 67 per cent growth in digital advertising, exceeding targets for the year.

Since 2018, Euronews has been licensing its name to private and public broadcasters in north, central and eastern Europe, where, subsequently, localised Euronews channels broadcast regional, national, European and international news in local languages.

These franchises now include Euronews Albania, Bulgaria, Georgia, and Serbia.

Euronews Romania will join them early next year.