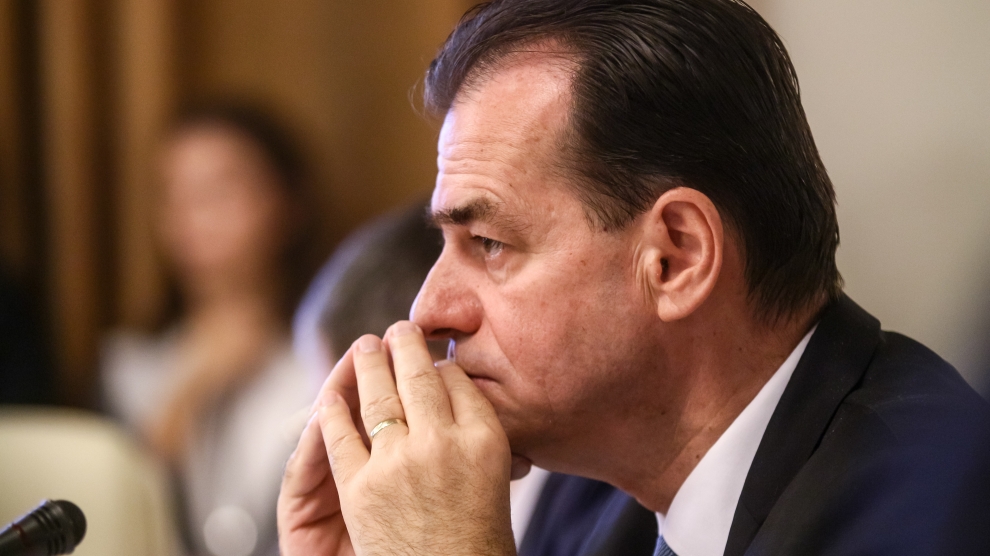 In extraordinary circumstances, Romania’s parliament has voted to approve the appointment of a new government, led by the Liberal party’s (PNL) Ludovic Orban. The new cabinet was approved with a comfortable majority, gaining support from most of Romania’s parliamentary parties.

Mr Orban has been serving as a caretaker prime minister with limited powers since February 5, when his previous executive lost a vote of no-confidence. As caretaker, however, Mr Orban could not issue emergency decrees, something which may become necessary in the coming days and weeks as the number of people in the country infected with the novel coronavirus Covid-19 – currently at 102 – continues to increase.

On March 13, a ruling party MP tested positive for the virus, briefly forcing many cabinet ministers and Mr Orban himself into isolation. The prime minister has since tested negative.

However, individual hearings for a number of cabinet members were carried out via video conferencing, while in the parliamentary chamber the country’s MPs and senators – many wearing surgical masks – voted over several hours in small groups, following a specially disinfected path in order to make their way to the urns used to cast ballots. Many PNL parliamentarians – many in self-isolation awaiting test results – were unable to vote. Romania earlier this week banned all gatherings of more than 100 people.

The reconfirmation of Mr Orban as PM ends the hopes of the country’s president, Klaus Iohannis, of forcing a snap election. Orban himself admitted as much shortly after the vote.

“It’s time for the political games to stop,” he told reporters.

The PNL – which backs Mr Iohannis – is currently riding high in opinion polls and would have liked a parliamentary election as soon as possible, preferably before September 1 when pensions are due to rise 40 per cent. It is not certain that the government has the funds to pay for the higher pensions, and the PNL fears that delaying the increase could cost the party support. Romania is scheduled to hold a parliamentary election in December.

Forcing an early parliamentary election is extremely difficult in Romania however, as parliament can be dissolved only if two presidential nominations for PM fail to form a government.

As such, the PNL’s Florin Cîțu, the erstwhile finance minister, had originally been nominated as PM, although he was thought to be little more than a stalking horse: nominated by the president with the sole intention of failing to form a government.

However, the ongoing Covid-19 crisis appears to have convinced a majority of MPs that the need for a stable government with full powers outweighed the temptation of an early election. Mr Cîțu was therefore persuaded to surrender his mandate to form a government on March 12, less than an hour before parliament was due to vote on whether or not to make him PM.

Mr Orban’s main task as a PM will full powers will now be to combat the spread of the coronavirus.

“The measures we have taken so far have helped to slow the spread of the virus,” said Mr Orban. “But now we need a government with full executive power in order to keep things under control.”

Mr Orban also announced that the government would prepare a package of financial relief measures for small businesses, likely to include a moratorium on certain tax payments.

Romania has a large diaspora in Italy, the European country worst affected by Covid-19, and tens of thousands of Romanian immigrants are believed to have returned home over the past two weeks. While many have been placed in quarantine and many more asked to self-isolate at home, thousands have returned with no restrictions, sparking fears of an imminent epidemic in the country.

Schools, universities, theatres and museums have all been closed until the end of the month at the earliest, and the country’s football season has been suspended. Private firms have been told to institute work-at-home policies where possible, or to stagger working hours for employees in order to avoid overcrowding on public transport. The country’s airports and international borders remain open, however, although flights to and from Italy and Spain have been suspended.

Renate Weber, the country’s ombudsman, has repeatedly called on President Iohannis to declare a state of emergency.