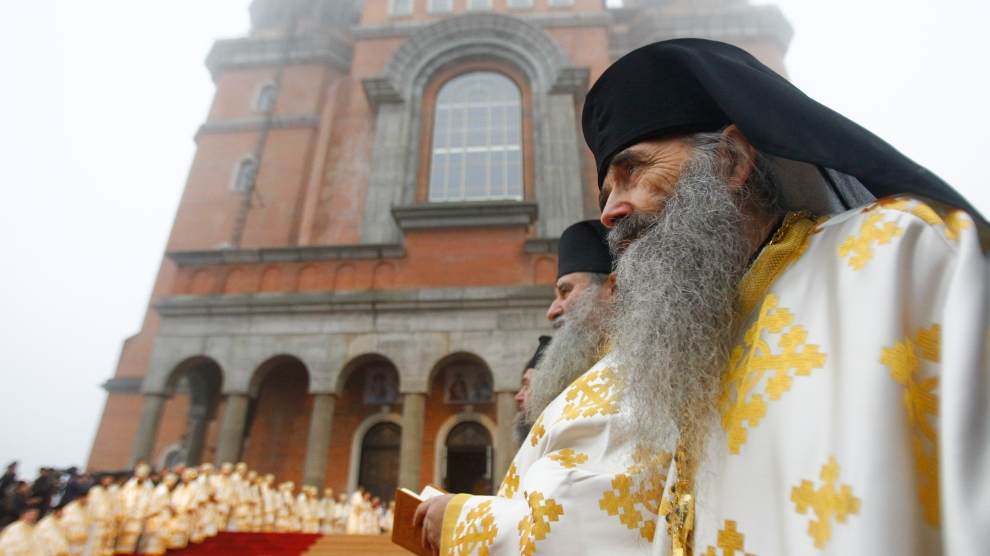 A huge new cathedral, the largest Orthodox church in the world, has been consecrated in the Romanian capital Bucharest. Tens of thousands of people attended, many having queued overnight, both to take part in the inauguration ceremony and to worship at relics of St Andrew, Romania’s patron saint.

Construction of the cathedral began in 2010 – almost 150 years since the idea of building it was first proposed by Romania’s then king, Carol I – but work was sped up this year in order to ensure at least partial completion by December 1, the 100th anniversary of Romania’s unification. In 1918 the southern and eastern parts of Romania were united with Transylvania – until then part of Hungary. The first official mass at the cathedral will be held on November 30, St. Andrew’s Day.

While the cathedral’s construction does have broad, if far from total, public support in what remains a staunchly religious country, the cost – the vast majority of which has been has been met by central government – has led to much criticism. So far, the cathedral has swallowed 110 million euros: 83 million euros have come from the state budget, the rest from Bucharest City Council, donations, and the church’s own funds. Ever since construction of the cathedral began there have been no checks and balances in place to keep track of how the money is spent, leading many Romanians – even those who support the state funding the cathedral – to question the fact that there is no way to check that the money has actually been used as intended.

“The problem is that this is public money and yet there has been no transparency regarding the way it is spent,” said Ciprian Ciucu, a Bucharest city councillor. “OK, we allocate money to the church, but the church in turn should be obliged to present quarterly reports as to what it has done with that money. I recognise the benefits of the church and the spiritual comfort it brings to people, but in a secular state the church must nevertheless respect its formal obligations.”

While the Romanian Patriarchate claims that the cathedral is 95 per cent complete, it will most likely take years, and many more millions of euros of public funds before it is fully finished.