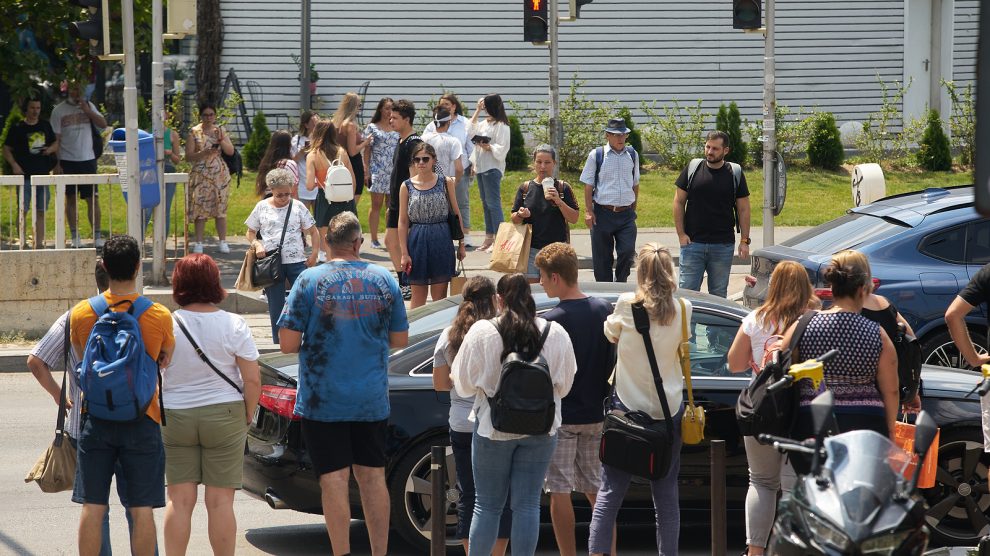 The once simple task of counting the number of people living in Romania has this year been fraught with challenges for the country’s beleaguered authorities.

The scene at a census point in the Romanian capital Bucharest last week did not quite resemble Bethlehem in the gospels of Luke and Matthew (the city’s residents have not yet taken to spending the night in stables in order to be first in the queue the next morning) but they were far from ideal.

For hundreds of people who had arrived not long after dawn in order to ensure that they would at least get the task completed that day, the wait stretched long into the searing heat of a July afternoon. Many, although not all, were elderly folk, terrified that they would find themselves the recipients of 3,000 lei fines (around 600 euros) for not doing their civic duty.

Romania’s population, which peaked in 1990 at 23.49 million, has been in decline ever since, particularly after the country joined the European Union in 2007. As many as 3.4 million Romanians are estimated to have fled the country since then, but nobody knows for certain.

Romania’s latest census, delayed from 2021 due to Covid-19, was meant to find a definitive answer. But the census, which should have been completed weeks ago, may yield only more confusion.

It began in March, when Romanians were asked to complete an online census form. Millions did, only for many to later discover that their data had not been validated. For many others, particularly the elderly who lack access to the internet or the skills necessary to complete the online form, which was far from user friendly, self-enumeration was never an option.

For them, the solution was originally intended to be census the old fashioned way: an army of temporary local council staff going from block to block, house to house, farm to farm, manually completing the census forms.

Romania’s previous census, in 2011, was carried out entirely this way and completed in 11 days, although as Barbu Mateescu, a sociologist, points out, it was undertaken in October. “This year, the face-to-face part of the census is taking place now, in the summer, when college students are away,” he says.

Another problem is that local councils, particularly in Bucharest and other large cities, have been unable to recruit enough temporary staff. Mateescu cites poor pay – staff get just seven lei (1.40 euros) for each census form completed – as a reason. As such, those who had not completed the online census form (or whose responses had not been validated) waited, and waited, but nobody ever came to the door.

“They threaten us with a big fine if we refuse to complete the census, but nobody has come and asked me to complete the form,” said one man waiting his turn at a census point last week, more than 600 of which have popped up across the country in recent weeks, Census of Quirinius-style, in a last ditch attempt by the Romanian authorities to complete the headcount on time.

Located in town halls, shopping malls, and even private homes, the census points have been partially successful, although the slow pace at which data can be recorded (it takes around 20 minutes to complete the form) means that only a limited number of people can be enumerated each day.

How accurate will the numbers be?

The deadline for completing the census (originally July 17) has already been extended twice. The latest extension, until July 31, will be the last, according to the Romanian National Institute of Statistics (INS), which says that as of July 20, almost 17 million people have been successfully counted, some 87.4 per cent of what is estimated to be Romania’s resident population.

In Bucharest, the figure on July 20 was just 63 per cent. This begs the question as to how accurate the census will be.

“We don’t have clear, confirmed data and I don’t see how it can be solved,” says Claudia Postelnicescu, a Romanian lawyer and political consultant, who also suggests that there was an “underground disinformation campaign” which encouraged some people not to submit their data for the census, despite the threat of a hefty fine.

The problems are, she believes, part of a chronic, systemic issue.

“The pandemic proved one essential aspect about Romanians: they don’t trust authorities, they don’t trust the state, they don’t trust bureaucrats. And the attempt to digitalise Romania simply failed. The online census platform had technical issues – the INS admitted this – and it resulted in millions of invalidated questionnaires.”

Romania’s current census is part of an EU-wide census cycle – originally intended to be completed last year but delayed 12 months due to Covid-19. Most EU member states, however, managed to carry out their census last year, despite the pandemic. While Romania is one of the last countries yet to complete the task, neighbouring Hungary has yet to even begin.

According to Eurostat, the European Union’s statistics directorate, at the EU level, national censuses are of greater value if their results can be compared between member states.

This is why the EU has been taking continuous steps to harmonise census outputs. After the first European census programmes in 1980, 1990 and 2001, the 2011 round marked an important milestone as it was, for the first time, based on a comprehensive legal framework at the EU level.

Nevertheless, each member state is free to choose the census sources and methods as long as the resulting statistics meet quality requirements at EU level.

Romania is still hoping it can meet those requirements.

Ukraine’s counter-offensive gains momentum: Emerging Europe this week
‘Resilience is a national prerogative, but it is also a collective responsibility’
Comment