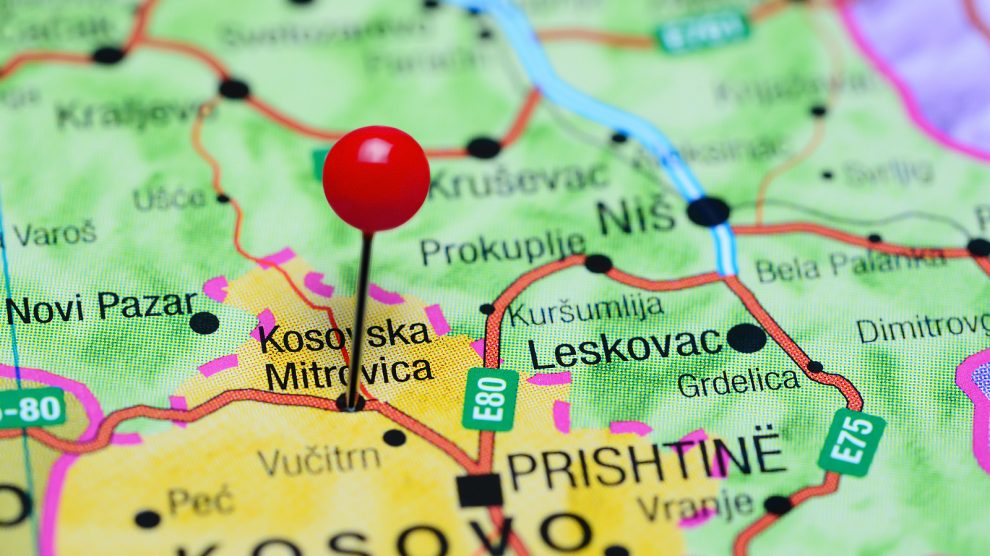 Late on July 31, Kosovo’s government postponed for one month the implementation of new rules that will oblige the country’s ethnic Serbs to exchange their Serbian-issued car number plates and ID cards for Kosovan-issued ones.

The rules, which match a long-standing practice in place by Belgrade for Kosovo citizens in Serbia, were due to come into force at midnight on August 1.

The move came after a day of high tension on the border between the two countries, with ethnic Serbs in northern Kosovo blocking roads leading to two key border crossings. In response, Kosovo police closed the two border crossing points.

Kosovo police also said there were shots fired “in the direction of police units but fortunately no one was wounded“ and that protesters beat up several Albanians passing on the roads that had been blocked and that some cars had been attacked.

Air raid sirens were heard for more than three hours in the small town of North Mitrovica – inhabited mainly by Serbs – although according to Una Hajdari, a Kosovan journalist, these are intended to sound “anytime there’s even a whiff of an incident that could endanger civilians, so that they know to stay off the streets”.

“There isn’t a conflict or escalation brewing in Kosovo at the moment,” she adds.

The partial climbdown by the Prishtina government followed appeals from KFOR, the NATO-led peace keeping mission to Kosovo which comprises some 4,000 troops from around 25 countries. The majority of KFOR forces are stationed at Camp Bondsteel, in the southeast of Kosovo.

“The overall security situation in the northern municipalities of Kosovo is tense,” KFOR said in a statement late on July 31, adding that it was “monitoring closely” and “prepared to intervene if stability is jeopardised”.

KFOR has a UN-sanctioned mandate to intervene if Kosovo’s territorial integrity is threatened.

US Ambassador to Prishtina Jeffrey Hovenier had also urged Kosovo to postpone implementation of the regulations, “because there seems to be disinformation and misunderstanding of these decisions”.

“We hope that we will work with this government and colleagues from the European Union to ensure that these agreements are better understood and thus lower tensions,” he added.

The European Union’s foreign policy chief Josep Borrell welcomed the Kosovo government’s move to delay its plans, adding that “open issues should be addressed through EU-facilitated dialogue and focus on comprehensive normalisation of relations between Kosovo and Serbia”.

Since Kosovo declared independence from Serbia in 2008, around 50,000 Serbs living in the north of the country have continued to use car number plates and ID documents issued by Serbian authorities, refusing to recognise Kosovan institutions.

In a televised statement, Serbian President Alexandar Vučić said he expected tensions to “de-escalate” following the postponement of the introduction of the new rules.

“It is extremely important for us that the dialogue continues and that we begin to resolve things peacefully,” said Vučić.

“I believe we will have good news. I hope that this will be de-escalated tomorrow and that we will reach peace with new compromise solutions,” he added, but warned that, “Serbia will probably face its biggest political fight in the coming days. If [Kosovo] dares to persecute and mistreat and kill Serbs, Serbia will win.”

Tension is not unusual

Sunday’s tension was not the first time that the issue of car number plates has caused problems in Kosovo.

In September last year, Serbs in the north of Kosovo also blocked border crossings after Prishtina began implementing a policy which required vehicles entering the country with Serbian-issued plates to replace them with temporary, Kosovo-issued plates costing five euros.

Kosovo backed down after the EU brokered a deal. KFOR patrolled the border for the following two weeks.

EU-led talks between Kosovo and Serbia began in 2011, but have so far failed to achieve any normalisation of relations. Kosovo is recognised by about 100 states, including the US and most EU countries, but Serbia and allies – including Russia – refuse to do so.