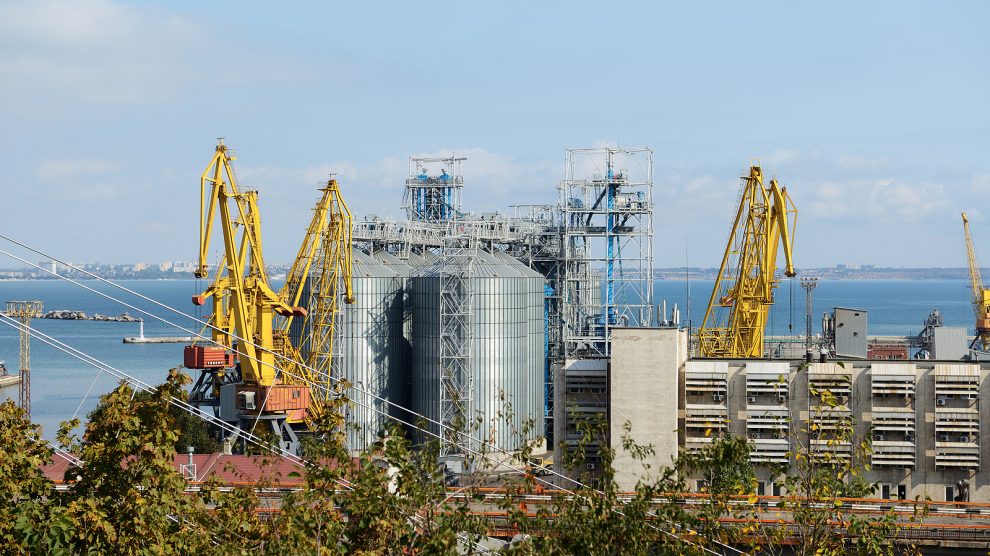 Less than 24 hours after signing an agreement to facilitate the resumption of Ukrainian grain exports, Russia attacked the port of Odesa.

Ukraine and Russia signed separate agreements with Turkey and the United Nations on July 22, in theory clearing the way for the resumption of exports of Ukrainian grain across the Black Sea.

Ukraine’s Black Sea ports have been subject to a Russian blockade ever since Moscow launched its full-scale invasion of Ukraine on February 24. The blockade has left Ukraine unable to export much of its grain, driving up prices across the globe and threatening famine in countries which relied on Kyiv for supplies.

Ukrainian farmers meanwhile have been left unsure if they will have anywhere to store this year’s harvest, given that silos are full: some 20 million tonnes of grain from the 2021 harvest remain stuck in the Black Sea ports. Although some grain is now being exported by rail, road and river, the amount is small compared with sea routes: Ukraine exported just 2.17 million tonnes in June. While this was more than for any month since the war began, it was less than half the usual amount and unlikely to increase unless Black Sea routes are reopened.

This appeared to be a real possibility when Ukraine and Russia agreed to the complex Turkey and UN-brokered deal, which besides allowing the resumption of Ukrainian grain exports, also offers UN assurances to help Russia export its own grain and fertiliser, which are not subject to international sanctions.

UN Secretary General Antonio Guterres told the BBC that the deal was “probably the most important thing” he had done in his time heading the international body.

Robert Mardini, director general of the International Committee of the Red Cross, said the deal was “nothing short of life-saving for people across the world who are struggling to feed their families”.

The following morning, however, Russia bombed the port of Odesa, in flagrant violation of the agreement signed just a few hours before.

The attack was immediately condemned by Ukraine and the international community.

“The Russian missile [attack] is Vladimir Putin’s spit in the face of UN Secretary General António Guterres and President of Turkey Recep Erdogan, who made enormous efforts to reach an agreement, and to whom Ukraine is grateful,” said Oleh Nikolenko, a spokesperson for Ukraine’s foreign ministry.

US Ambassador to Kyiv Bridget Brink called the attack “outrageous”, adding, “Russia strikes the port city of Odesa less than 24 hours after signing an agreement to allow shipments of agricultural exports. The Kremlin continues to weaponise food. Russia must be held to account.”

The deal signed on July 22 – which took two months to broker and covers just the 2021 harvest – is set to last for 120 days, with a co-ordination and monitoring centre to be established in Istanbul, staffed by UN, Turkish, Russian and Ukrainian officials.

It already appears to be in tatters.

The horrors of life in Ukraine under Russian occupation
The way we travel is changing, and emerging Europe is well placed to take advantage
Comment