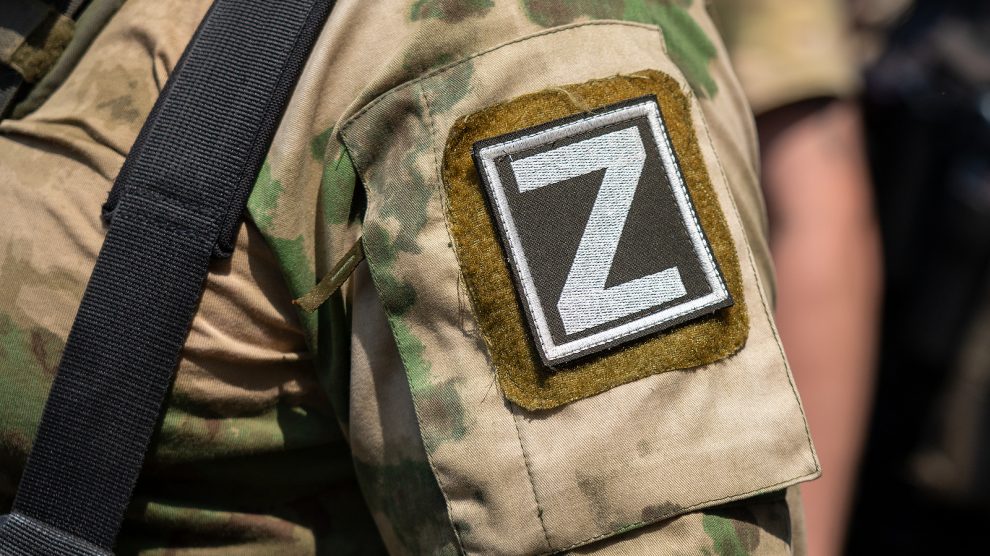 As Ukraine prepares a push to retake the southern city of Kherson in its first major counteroffensive of the war, more evidence emerges of the horrors of life under Russian occupation.

Russian forces have turned occupied areas of southern Ukraine into an abyss of fear and wild lawlessness, according to Human Rights Watch (HRW), which has documented cases of torture, unlawfully detainment, and the forcible disappearance of civilians in the Kherson and Zaporizhzhia regions.

“Torture, inhumane treatment, as well as arbitrary detention and unlawful confinement of civilians, are among the apparent war crimes we have documented, and Russian authorities need to end such abuses immediately and understand that they can, and will, be held accountable,” says Yulia Gorbunova, senior Ukraine researcher at HRW.

HRW spoke with 71 people from Kherson, Melitopol, Berdyansk, Skadovsk and 10 other cities and towns in the Kherson and Zaporizhzhia regions. They described 42 cases in which Russian occupation forces either forcibly disappeared civilians or otherwise held them arbitrarily, in some cases incommunicado, and tortured many of them. HRW also documented the torture of three members of the Territorial Defence Forces who were POWs. Two of them died.

The purpose of the abuse seems to be to obtain information and to instill fear so that people will accept the occupation, as Russia seeks to assert sovereignty over occupied territory in violation of international law, HRW says.

People interviewed described being tortured, or witnessing torture, through prolonged beatings and in some cases electric shocks. They described injuries including broken ribs and other bones and teeth, severe burns, concussions, broken blood vessels in the eye, cuts, and bruises.

A formerly detained protest organiser, who requested anonymity, said Russian forces beat him with a baseball bat in detention. Another protestor was hospitalised for a month for injuries from beatings in detention. A third said that after seven days in detention he could “barely walk” and had broken ribs and a broken kneecap.

The wife of a man whom Russian forces detained for four days, following a house search in early July, said his captors beat her husband with a metal rod, used electroshock on him, injured his shoulder, and gave him a concussion.

Describing the pervasive fear, one journalist in Kherson said: “You don’t know when they’ll come for you and when they’ll let you go.”

Former detainees described being blindfolded and handcuffed for the entire duration of their detention and being held with very little food and water and no medical assistance. Russian personnel forcibly transferred at least one civilian detainee to Russian occupied Crimea, where he was forced to carry out “corrective labor.”

In several cases, Russian forces released detainees only after they signed a statement promising to “cooperate” with the authorities or recorded a video in which they exhorted others to cooperate.

In all but one of the detention cases, Russian forces did not tell families where their loved ones were being held, and the Russian military commander’s office provided no information to families seeking it.

In an interview with HRW, Tamila Tasheva, permanent representative of the Ukraine president in Crimea, who also monitors the situation in newly occupied areas in southern Ukraine, said that Ukraine’s authorities cannot verify the exact number of enforced disappearances in Kherson region. She said that human rights monitors estimated that at least 600 people had been forcibly disappeared there since February 2022.

Russian forces invaded Kherson region, on the Black Sea and Dnipro river, on February 25, and on March 3 claimed to control its capital, Kherson. It was part of a broader invasion and occupation of Ukraine’s coastal south, which includes Melitopol and Berdyansk, cities in Zaporizhzhia region, and ultimately Mariupol, in Donetsk region.

On June 21, an official in the Russian occupation administration stated that a “referendum” on Kherson region “joining Russia” was planned for the autumn.

Ukrainian forces have since begun to prepare for a counteroffensive to retake the occupied coastal areas, however, using an array of new, Western-supplied weapons like the High Mobility Artillery Rocket Systems, or HIMARS.

On July 25, in his evening video address, Ukrainian President Volodymyr Zelensky said his forces were advancing “step-by-step” into the Kherson region. At the weekend, UK defence officials reported heavy fighting near Kherson city.

Zelensky has made retaking Kherson his top military priority.

Sergiy Khlan, an aide to the administrative head of the Kherson region, said in an interview with Ukrainian television on July 24: “We can say that a turning point has occurred on the battlefield. We are switching from defensive to counteroffensive actions.”

“We can say that the Kherson region will definitely be liberated by September, and all the occupiers’ plans will fail,” he added.

A newly declassified US intelligence assessment meanwhile revealed on July 25 that Russia is using more than a dozen so-called “filtration” centres in eastern Ukraine and western Russia to detain and deport thousands of Ukrainians.

Adding to a growing body of evidence related to the filtration centers — which were set up to temporarily detain and screen Ukrainians and identify anyone perceived to pose a threat to Russia’s occupation efforts — the analysis by the National Intelligence Council, dated June 15, said those efforts had intensified as Ukrainian resistance in occupied territories has grown.

“The filtration process includes temporary detention, data collection, interrogation, and in some cases abuse of detainees, and takes place in a variety of temporary processing centres — often in parallel with internally displaced persons and refugee processing,” according to the assessment.

Russia has deported 900,000 to 1.6 million Ukrainian citizens from Russian-occupied regions of Ukraine in a systemic “filtration” operation, US Secretary of State Antony Blinken said in a statement last week, adding that the figures include at least 260,000 children, some separated from their families, who have wound up in isolated regions in Russia’s far east.