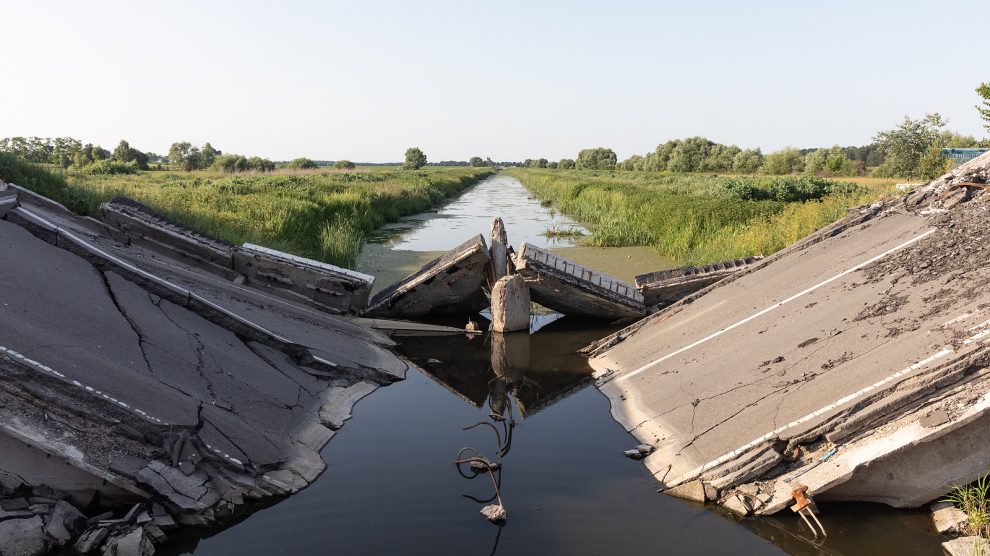 According to the Environmental Performance Index, even before Russia’s invasion began in February, Ukraine ranked low on environmental indicators like air quality, biodiversity production, and ecosystem health.

Now, preliminary monitoring of the conflict points to significant impacts on Ukraine’s urban and rural environments that could leave the country and neighbouring region with a toxic legacy for generations to come, according to initial impact monitoring conducted by the United Nations Environment Programme (UNEP) and partner organisations.

The full range and severity of consequences will require verification and assessment, although thousands of possible incidents of air, water and land pollution and the degradation of ecosystems, including risks to neighbouring countries, have already been identified.

UNEP, the environment authority within the UN system, is supporting the government of Ukraine on remote environmental impact monitoring and is preparing to undertake field-level impact assessments – expected to be a colossal task given the scale and geographical spread of reported incidents.

The organisation has already conducted an initial scoping visit to Ukraine, in support of the UN resident coordinator and at the request of Ukrainian authorities and is mobilising more support to help assess the broad range of environmental impacts.

“The mapping and initial screening of environmental hazards only serves to confirm that war is quite literally toxic,” says UNEP executive director Inger Andersen. “The first priority is for this senseless destruction to end now. The environment is about people: it’s about livelihoods, public health, clean air and water, and basic food systems. It’s about a safe future for Ukrainians and their neighbours, and further damage must not be done.”

“Ukraine will then need huge international support to assess, mitigate and remediate the damage across the country, and alleviate risks to the wider region,” she adds.

As key donors, agencies and member states met in Lugano, Switzerland, last week to discuss Ukraine’s reconstruction, the United Nations’ top official in Ukraine, Osnat Lubrani, stressed that “restoring Ukraine’s environment must be up at the top of the agenda.”

“Millions of displaced Ukrainians need a safe and healthy environment to come home to if they are expected to be able to pick up their lives. As soon as the fighting ends, and it must end soon, a colossal clean-up operation must be supported,” said Lubrani, the UN’s resident coordinator in Ukraine.

According to UNEP and partner data, the conflict has seen damage across many regions of the country, with incidents at nuclear power plants and facilities, energy infrastructure, including oil storage tankers, oil refineries, drilling platforms and gas facilities and distribution pipelines, mines and industrial sites and agro-processing facilities.

The result has been multiple air pollution incidents and potentially serious contamination of ground and surface waters.

Water infrastructure, including pumping stations, purification plants and sewage facilities, has also suffered significant damage, and multiple industrial facilities, warehouses and factories have been damaged, some storing a range of hazardous substances ranging from solvents to ammonia and plastics.

Hazardous substances have also been released from explosions in agro-industrial storage facilities, including fertiliser and nitric acid plants. There are also reports of the targeting of several large livestock farms, where livestock carcasses pose a further public health risk.

In many urban areas the clean-up of destroyed housing will bring its own challenges, with debris likely to be mixed with hazardous materials, particularly asbestos. Satellite imagery has also shown a significant increase of fires in various nature reserves and protected areas, as well as forested areas.

Furthermore, pollution from the extensive use of weapons including in populated areas and the large volumes of military waste, including destroyed military vehicles, creates a major clean-up challenge.

The UN is not the first global organisation to sound the alarm over the potential environmental damage caused by Russia’s war on Ukraine.

Last month, the World Wildlife Fund’s Bohdan Vykhor said that the environmental costs of the war include direct impacts on habitats and species; but also indirect ones in terms of pollution of air, land, and water, or diverted resources.

In May, the OSCE’s Igli Hasani, co-ordinator of the organisation’s economic and environmental activities, said that no one should underestimate the regional environmental impacts of the ongoing war.

“Ukraine’s immediate neighbours are equally exposed to air and water pollution as well as hazardous waste contamination. One example is forest fires near nuclear reactors, which in the past, have led to increased radiation levels and, as we know, radioactive pollution does not stop at the border.”