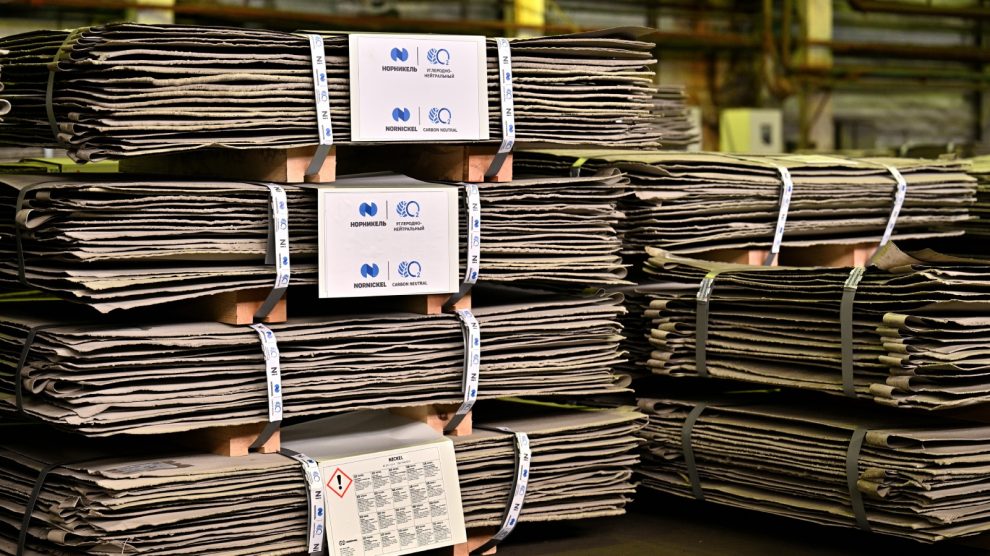 Norilsk Nickel (Norickel), the world’s largest producer of palladium and high-grade nickel saw consolidated revenue increase 15 per cent year-on-year in 2021 to 17.9 billion US dollars, owing to higher metal prices and the sale of palladium from inventories accumulated in 2020, which positively offset production losses caused by industrial incidents in the first half of the year.

Net debt was almost flat year-on-year at 4.9 billion US dollars with a net debt/EBITDA ratio of 0.5x as of December 31, 2021. Interest expenses decreased 38 per cent due to effiсient management of debt portfolio resulting in a record low average annual interest rate of 2.8 per cent.

In October 2021, the company successfully placed a five-year 500 million US dollars eurobond with a coupon rate of 2.80 per cent, marking the lowest ever spread to the benchmark in the history of Nornickel’s public offerings.

In December, an EGM approved an interim dividend for the first nine months of 2021 at 1,523.17 roubles (approximately 20.81 US dollars) per ordinary share.

Commenting on the results, Nornickel President Vladimir Potanin said that the firm had faced a number of new challenges in 2021, but that as the global economic recovery from the Covid-19-driven recession continues, the demand for the miner’s products has increased.

“In addition, the consumption of metals needed for the transition to a green economy was exceptionally strong. Our company is one of the global leaders in these metals not just enjoying the world’s lowest cash operating costs, but also the industry’s lowest carbon footprint,” said Potanin.

Pointing to the firm’s success in reducing its environmental impact, Potanin added that Nornickel’s environmental strategy “has started to deliver some tangible results”.

“After the shutdown of smelting and metallurgical shops on the Kola Peninsula SO2 emissions in the area decreased 78 per cent from 2020 and by over 90 per cent as compared to 2015, even more than what we initially planned.

“In Norilsk, SO2 emissions were down 14 per cent year-on-year. After the completion of phase one of our sulphur programme, scheduled by the end of this year, we expect that SO2 emissions in Norilsk will decrease 45 per cent next year versus 2015.

“At the same time, we are deeply concerned about the high level of fatal incidents at our operations, which we find totally unacceptable. Regrettably, we lost 11 our employees last year. The management team has developed a new holistic programme that should help to completely eradicate fatalities and we hope will start bearing fruits soon.”

In 2021, Nornickel dramatically increased its social investments to over one billion US dollars owing mostly to provisions related to the long-term renovation of housing and social infrastructure in Norilsk.

Norilsk Nickel is a diversified mining and metallurgical company, the world’s largest producer of palladium and high-grade nickel and a major producer of platinum and copper. The company also produces cobalt, rhodium, silver, gold, iridium, ruthenium, selenium, tellurium, sulphur and other products.

Its production units are located in the Norilsk Industrial District, on the Kola Peninsula and Zabaykalsky Krai in Russia, as well as in Finland and South Africa.