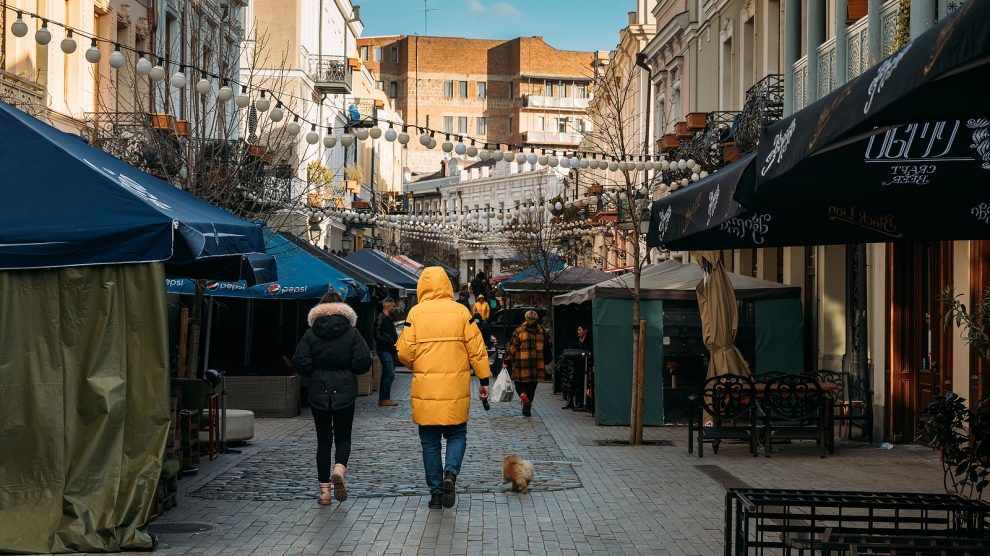 The highest levels of growth in the emerging Europe region are expected in the South Caucasus.

The ongoing war in Ukraine has dimmed prospects of a post-pandemic economic recovery for emerging and developing economies in the Europe and Central Asia region, according to the World Bank’s latest economic update for the region.

Economic activity will remain deeply depressed through next year, with minimal growth of 0.3 per cent expected in 2023, as energy price shocks continue to impact the region.

So far, however, the region has weathered the storm of Russia’s invasion of Ukraine better than previously forecast. Regional output is now expected to contract by 0.2 per cent this year, reflecting above expectation growth in some of the region’s largest economies and the prudent extension of pandemic-era stimulus programs by some governments.

Outside of Russia and Ukraine, only the economies of Belarus and Moldova are expected to shrink.

Ukraine’s economy is now projected to contract by 35 per cent this year although economic activity is scarred by the destruction of productive capacity, damage to agricultural land, and reduced labour supply as more than 14 million people are estimated to have been displaced.

According to recent World Bank estimates, recovery and reconstruction needs across social, productive, and infrastructure sectors total at least 349 billion US dollars, which is more than 1.5 times the size of Ukraine’s pre-war economy in 2021.

“Russia’s invasion of Ukraine has triggered one of the biggest human displacement crises and exacted a heavy toll on human and economic life,” says Anna Bjerde, World Bank vice president for the Europe and Central Asia region.

“Ukraine continues to need enormous financial support as the war needlessly rages on as well as for recovery and reconstruction projects that could be quickly initiated.”

Central Europe is projected to grow at 4.3 per cent in 2022 — stronger than previously projected due to upside surprises in the first half of 2022, mirroring relatively robust external demand from the euro area and the release of pent-up demand as pandemic restrictions were lifted in early 2022. Despite accelerating inflation, private consumption benefitted from lower unemployment and increased wages driven by labour shortages.

In the Western Balkans, output is forecast to grow 3.4 per cent in 2022 amid robust exports and tourism and as EU accession reforms and investment mitigate the negative impacts imposed by higher energy and food prices, disruptions to trade and investment flows, and spillovers from the slowdown in euro area activity.

Growth in Central Asia is projected to reach 3.7 per cent in 2022 as higher global commodity prices have helped to buoy economic activity and fiscal balances in some Central Asian economies (Kazakhstan and Uzbekistan). Activity in Central Asia has also benefited from better external demand than envisioned, reflecting a shallower-than-expected recession in Russia.

The highest levels of growth in the region will be in the South Caucasus, where output is projected to grow by 5.6 per cent in 2022, more than 2.2 per cent above original forecasts. In Georgia, growth is forecast at 8.8 per cent, the highest for any country in emerging Europe and Central Asia.

The improvement reflects better-than-expected GDP outturns, with activity supported by high energy prices and fiscal support in Azerbaijan, as well as robust domestic demand in all three economies (Armenia, Azerbaijan, and Georgia) in the first half of the year. An influx of temporary migrants from has fuelled domestic demand and subsequently inflation.

The global economy continues to be weakened by the war through significant disruptions in trade and food and fuel price shocks, all of which are contributing to high inflation and subsequent tightening in global financing conditions.

Activity in the euro area, the largest economic partner for emerging and developing economies (EMDEs) of Europe and Central Asia, has deteriorated markedly in the second half of 2022, due to distressed supply chains, increased financial strains and declines in consumer and business confidence.

The most damaging effects of the invasion, however, are surging energy prices amid large reductions in Russian energy supply. Downgrades to growth forecasts for 2023 are broad-based across EMDEs in Europe and Central Asia as the regional outlook is subject to considerable uncertainty.

Prolonged or intensified war could cause significantly larger economic and environmental damage and greater potential for fragmentation of international trade and investment. The risk of financial stress also remains elevated, given high debt levels and inflation.

A supplement to the report examines the impact of the energy crisis. While global prices for oil, gas and coal have been rising since early 2021, they skyrocketed after Russia’s invasion of Ukraine, sending inflation to levels not seen for decades in the region.

This unprecedented crisis has implications for consumers and governments alike – constraining fiscal affordability; firm productivity; and household welfare. Hardest hit will be countries with medium to high reliance on natural gas imports for heating (which accounts for 30 per cent of energy demand), industry, or electricity, as well as countries closely connected with EU energy markets.

These countries must prepare for gas shortages and put in place emergency plans to mitigate the worst impacts on households and firms, including saving energy, boosting energy efficiency, and implementing quota/rationing plans. Behaviour change campaigns that focus on heating efficiency in homes and buildings, such as resealing windows and adding insulation, require relatively minimal investment and have immediate impacts.

“The overlapping crises of the war in Ukraine, the ongoing pandemic and the surge in food and fuel prices are painful reminders that governments need to be prepared to manage massive, unexpected shocks that unravel very quickly,” says Bjerde.

“Social protection systems, which are the bedrock of anti-poverty efforts, need to be modernised to make them effective in the face of shocks as well as longer-term challenges.”

Indeed, the report also includes a special focus on the region’s social protection systems, which have played a critical role in supporting households and businesses during the pandemic and, more recently, from the fallout of the war in Ukraine.

However, the effect of these measures on growth is less clear. These lessons from the pandemic are instructive for policymakers in making social protections systems adaptive and inclusive to effectively address both short-term shocks to the economy, and the longer term trends which are transforming labor markets, including globalisation, demographic trends, technological innovation, and the impacts of climate change and climate action.

Policy interventions to building social protection systems for the future can include a combination of guaranteed minimum income support designed to protect individuals and households from adverse shocks, regulatory reforms that gradually remove restrictions on firms’ hiring and dismissal practices, and ultimately support the creation of formal jobs in the private sector and a reduction in informality; enhanced coverage of and protection for vulnerable groups; and digitalisation for improved quality and quantity of services provision.

Russia on the run: This week in emerging Europe
How a zero waste approach has helped Lviv stay resilient
Comment