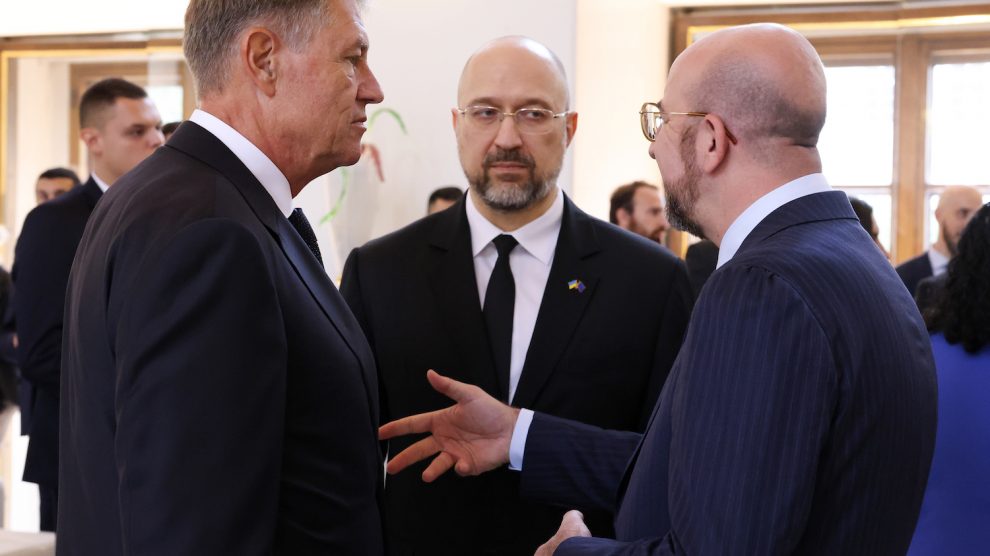 More than 40 European leaders gathered in Prague this week for the inaugural meeting of the European Political Community. But what is it, and what does it set out to achieve?

When the UK’s struggling new prime minister, Liz Truss, last week confirmed that she would be attending the first ever meeting of the European Political Community (EPC), eyebrows were raised.

Even amongst the UK’s political journalists there were few who had heard of the nascent EPC, fewer still who had any idea of what it does – or intends to do.

“Europe” remains a divisive word in Britain, and Truss – who backed the Remain camp in the 2016 referendum before later embracing Brexit – was forced to fend off suggestions from within her own Conservative party that taking part represented the first steps through a back door into the European Union.

Creating the EPC was first suggested by French President Emmanuel Macron in May, when he called for a new political organisation to unite democracies – both inside and outside of the EU – on the European continent.

Speaking two days after being sworn in for a second term as French president, Macron called for “big thinking” on the future of Europe, saying the war in Ukraine showed the need for a “historic process of reflection”.

“The war in Ukraine and the legitimate aspiration of its people, just like that of Moldova and Georgia, to join the European Union, encourages us to rethink our geography and the organisation of our continent,” said Macron.

As well as the 27 members of the EU, the group also includes, alongside the UK, Turkey, Ukraine, the six countries of the Western Balkans, Switzerland, Iceland, Liechtenstein, and Norway, as well as Armenia, Azerbaijan, Georgia and Moldova.

The new format has been dubbed a “United Nations in Europe” by Lithuanian President Gitanas Nausėda.

In a report published last month, Bruegel, an economic think tank, suggested that the EPC could “start as a soft law agreement between states and the EU”.

“It would work with existing institutions as far as possible, while aiming at more effective decision-making than currently in the EU. For instance it could function without vetoes and could work in geopolitically relevant areas that are not yet EU competences. An ambitious EPC would provide financial resources for deeper cooperation on energy and climate, security and defence, and economic and social convergence.”

For now, this appears to be an ambitious target. The EPC is currently the most informal of organisations, with no resources of its own, and does not even boast a website.

This, perhaps, is partly the point; its informality might well be its strength.

“With the EU integration of various countries stalled or stalling, there are fears that the new platform was created to put EU enlargement on hold,” says Dominik Istrate, advisor for Central and Eastern Europe at Aretera Public Affairs, a CEE-focused international public affairs consultancy.

“But these fears are largely overestimated. With no plans to institutionalise it, the EPC is not intended to quasi replace the EU for those countries that are still waiting to join it, and also includes countries that have no intention join the European bloc.

“Nevertheless, the early scepticism about the EPC shown by some countries (such as Ukraine) was completely legitimate, taking into account how stalled the EU enlargement process has become in case of certain qualified countries for unnecessary reasons.”

“Europe needs a community of those who know how to protect peace and put any terrorists in their place,” he said, calling for security guarantees following his country’s application to join NATO last week.

For now at least, such guarantees are not in the EPC’s gift.

However, Istrate believes that the platform is recognition of the fact that some global and continental challenges – including the Russian security threat – have to be jointly addressed at a wider European level, regardless of the EU integration status of certain countries.

“Furthermore, the EPC could mean another diplomatic opportunity for candidate countries to engage,” he tells Emerging Europe.

Vjosa Osmani, president of Kosovo, another of the countries which had initially feared the EPC might be a polite way of keeping candidate and would-be candidate EU members outside the bloc, told reporters after the meeting that she had been “reassured” by Macron that the EPC was “not a replacement of the process of European integration for Western Balkans”.

Unlike European Council meetings, there was no joint declaration at the end of the gathering, no declaration of strategic goals and no clear future agenda. There was, however, a group photo, and a second meeting has already been penciled in for next year, with Moldova and – somewhat surprisingly – the UK offering to host.

It therefore remains to be seen what the EPC will become and how durable it will be.

“Given the history of conflict between some of its non-EU members, such as Armenia and Azerbaijan, concerns over how long it will last and what Europe-level initiatives it can produce, will also remain,” says Istrate.

But with virtually all wider European heads of state/government having attended the meeting, the Prague summit can be considered a success, at least from the diplomatic point of view, he adds.

“However, differences between European countries about how to respond to the economic and security fallout from the Russian aggression will remain, which could very well complicate the community’s future functioning.”

Why the Nobel Peace Prize angered some Ukrainians
Russia on the run: This week in emerging Europe
Comment