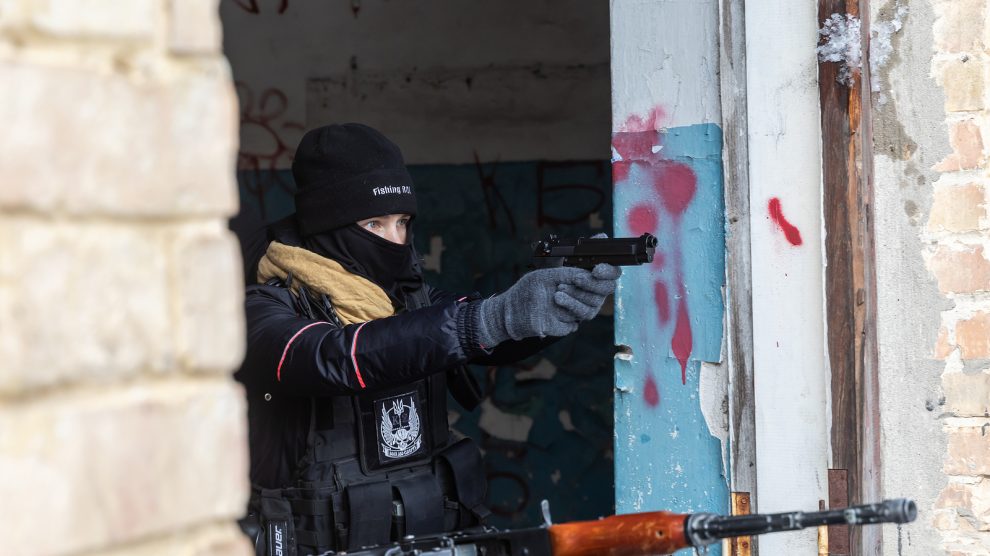 This week, something different: we have selected some of the best writing about Russia’s invasion of Ukraine.

The US must support an insurgency that will cause Russia to regret any attempt to crush democracy and independence.

Biden targets Russia with strategy of containment, updated for a new era

President Biden’s plan to counter Russia faces obstacles in an interconnected world. Russia also has a new, if not very enthusiastic, partner in standing up to the West: China.

Ukraine is closer to home than you think

Russia’s assault has echoes of 1939 and underlines the importance of ensuring that democracy wins over dictatorship.

We’re appalled by Putin now, but be clear: the West gave him the green light

Do we want to live in the world described by Volodymyr Zelensky, where democratic states are protected by an international system of rules, however flawed and inconsistent that system might be? Or do we want to live in Vladimir Putin’s world, governed by the law of the jungle and where the only right is might?

A Russia-Ukraine war could ripple across Africa and Asia

With some of the most fertile land on Earth, Ukraine has been known as Europe’s breadbasket for centuries. Its fast-growing agricultural exports—grains, vegetable oils, and a host of other products—are crucial to feeding populations from Africa to Asia.

The economic consequences of the war in Ukraine

Over the past decade intensifying geopolitical risk has been a constant feature of world politics, yet the world economy and financial markets have shrugged it off. From the contest between China and America to the rise of populist rulers in Latin America and tensions in the Middle East, firms and investors have carried on regardless, judging that the economic consequences will be contained. Russia’s invasion of Ukraine is likely to break this pattern.

Evacuation is on most Ukrainian start-ups’ minds — but no longer possible for many of their employees. On Friday, Ukrainian president Volodymyr Zelensky banned men aged 18-60 from leaving the country.

Putin has badly miscalculated by invading Ukraine. He may find it easy to pull off a swift invasion, but then comes the hard part. The Ukrainian people will never allow Moscow to chart their course or pick their president. The desire for freedom is ineffable, and Ukrainians have proved that they are willing to die for it.

How can Europe wean itself off Russian gas?

Whether tapping other suppliers or switching energy sources, there is no quick and easy option to loosen Putin’s economic grip.

What is Swift and why are leaders divided on banning Russia?

European Union foreign ministers have discussed banning Russia from the Swift payment network, which is pivotal for the smooth transaction of money worldwide.