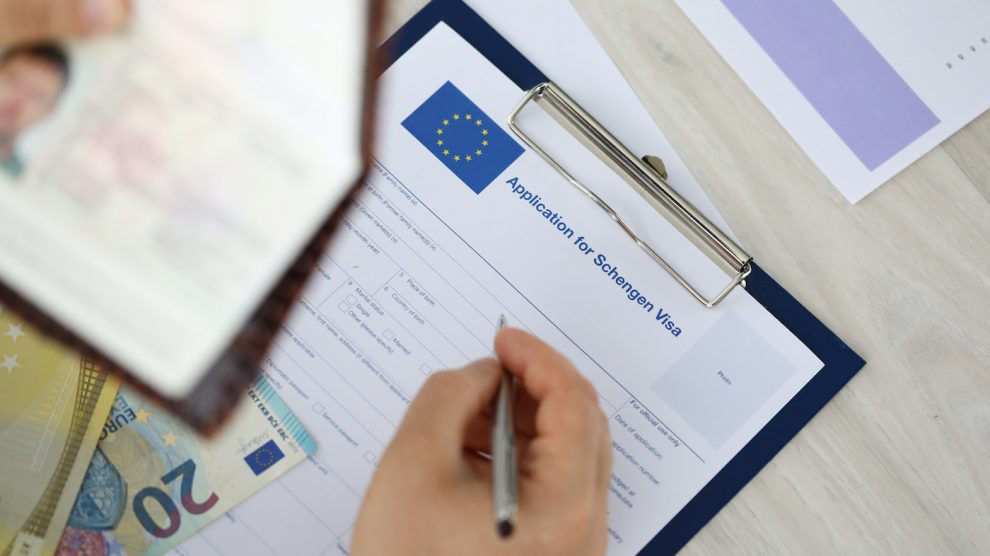 Excluding Ireland, all members of the European Union are obliged to join the area as per EU accession treaties, and the EP has now reiterated its recommendation that admission is to be expedited.

“[W]hereas a fully functioning Schengen area and its future enlargement to include the Schengen candidate countries remain key for further political, economic and social integration, fostering cohesion and bridging gaps between countries and regions, and a prerequisite for safeguarding the principle of freedom of movement,” states the EP’s recent Annual Report on the functioning of the Schengen area.

Regarding Bulgaria and Romania, the same paper recommends that the European Council should “honour its commitment and take an immediate decision on the abolition of checks at internal land, sea and air borders.”

Meanwhile, Croatia is said to have now taken “the measures needed to ensure the necessary conditions for the full application of the Schengen rules,” with the report further asserting that “the future of Schengen must be without fragmentation.”

Despite the EP’s enthusiasm for the prospect of a Schengen enlargement, the Council — made up of the heads of state or government of the 27 EU member states — is not unanimous on the matter.

“The vote does not represent a change of mind in the EP, which voted in a similar way already in 2018. The decision is with the European Council, where governments need to vote unanimously in favour,” Frank Schimmelfennig, professor of European politics and a member of the Centre for Comparative and International Studies at ETH Zürich, tells Emerging Europe.

Bulgaria and Romania were first declared to have “fulfilled all the criteria for the successful conclusion of the Schengen evaluation process” in an EP resolution adopted on June 8, 2011, but the decision was rejected by the Council on the subsequent day, June 9. Finland and the Netherland further vetoed the two countries’ entrance in September of the same year.

“A couple of member states have consistently blocked the accession citing corruption and organised crime. I have not seen indications of an imminent consensus in the European Council,” Schimmelfennig adds.

Mark Rutte, prime minister of the Netherlands since 2010, has been amongst the critics most consistently outspoken against a Schengen enlargement since his time in office.

“Things might change when a new government is finally installed in the Netherlands, as the incumbent has been the main opponent [to a Schengen enlargement], but there is not much to suggest that the main party – the centre-right People’s Party for Freedom and Democracy (VVD) — has changed its position on the issue,” Dimiter Toshkov, associate professor of European Union politics at Leiden University, tells Emerging Europe.

Marie-Eve Bélanger, also a member of the Centre for Comparative and International Studies at ETH Zürich, further builds on Toshkov’s suggestion that some European Council representatives veto a Schengen enlargement based on political or otherwise biased grounds.

“In the past few years, we have seen an increase in exclusion decisions based not on objective criteria, but rather on political ones such as sharing a European identity, and belonging to the European community,” Bélanger tells Emerging Europe.

According to Bélanger, who specialises in researching European integration theories, there are clear parallels between Bulgaria, Croatia, and Romania’s stagnant progress toward joining Schengen and their Western Balkan neighbours’ similarly exhausting path to EU membership.

Despite making satisfactory progress towards meeting the accession criteria, member states have created the most significant hurdles to a Western Balkans enlargement.

Most recently, Bulgaria blocked EU membership talks with North Macedonia (and simultaneously with Albania). Before that, in 2018, the Netherlands blocked talks with Albania based on much of the same reasoning given as to why Bulgaria, Croatia, and Romania are not prepared to join Schengen, including concerns over corruption and organised crime.

“The EU has become more reluctant to all forms of widening, and enlargement processes have become more difficult and open-ended. This might mean that despite positive reforms in candidate-states and compliance with membership conditions, those countries could still have a long way to go before they could join the EU,” Bélanger points out.

“On the other hand, a swift and successful accession process could provide the EU with an important win in terms of territorial integration in the wake of the recent Brexit,” she further adds, voicing an informed opinion concerning a Western Balkans enlargement.

“What is certain is that accession to Schengen for these three countries could help revitalise the EU enlargement processes in the Balkans, which have been staling since Croatia joined the EU in 2013, already eight years ago.”

Slovenia’s ongoing presidency of the Council has not only promised to bring Western Balkans EU enlargement back on the agenda, but also to support the inclusion of Bulgaria, Croatia, and Romania’s to the Schengen area, especially hoping to push for Croatia’s case with which it shares a border and a tedious border crossing that can take hours.

In June, the European Commission revealed its plans to introduce major reforms to the Schengen area, which has faced internal difficulties since the 2015 migrant crisis and the 2019 Covid-19 pandemic.

“We have assessed Bulgaria, Romania and Croatia, and they are fulfilling the requirement to be full members of the Schengen area, and it’s important to remember it’s not only the expectation from these countries and the citizens of [these] countries, it’s also an obligation to enter the Schengen area.”

Similarly, Bélanger concludes, “The European Parliament has traditionally taken an inclusive stance when it comes to enlarging its political space. And it is certainly a good sign that the MEPs overwhelmingly recognise that Bulgaria, Croatia, and Romania fulfil the technical requirements necessary to join the Schengen Area.”