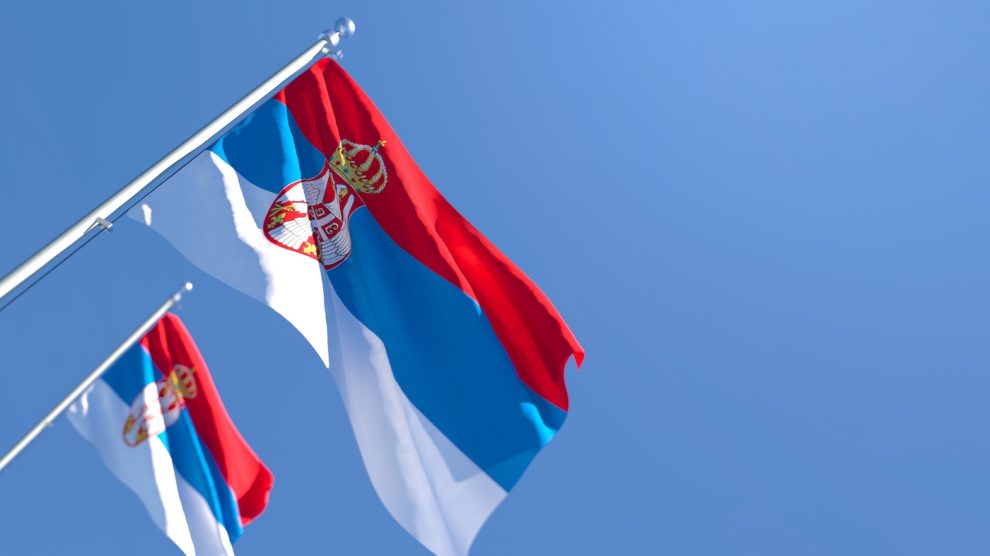 Serbian Interior Minister Aleksandar Vulin has courted controversy with several statements about the so-called Serbian World, an idea that Serbs living in the Western Balkans should be part of the same political sphere.

What exactly is that Serbian World, and how does it fit into the political landscape of the Western Balkans, that is becoming increasingly strained by the continued failure of the Belgrade-Prishtina dialogue and by renewed calls for Republika Srpska to separate from Bosnia and Herzegovina?

According to Vulin, and the remarks he made during a rally of his Movement of Socialists (Pokret Socijalista), the task of the current political generation is to create that Serbian World which would unify all Serbs, no matter where they live.

It’s not the first time Vulin has made such statements. Back in April, the interior minister seemed puzzled as to why the borders in the Balkans are unchangeable and why the Serbian national question couldn’t be solved by unifying all Serbs in a single state. Vulin has also compared the example of the peaceful unification of Germany with what Serbia could eventually do.

Harsh reactions from the region followed Vulin’s most recent statements. In Bosnia and Herzegovina, Foreign Minister Bisera Turković called for Serbian President Aleksandar Vučić to disassociate himself from Vulin’s ideas, saying that if he does not do that, he would confirm that Serbia’s policy is to topple the Dayton Peace Accords and to annex parts of Bosnia to Serbia.

From Kosovo, President Vjosa Osmani said Vulin is known for his “ultranationalist” beliefs and compared the idea of the Serbian World to that of Greater Serbia.

Greater Serbia is an irredentist political ideology that seeks to create a Serbs state that would unify all parts of Western Balkans that have been of historical significance to Serbia. For many historians and analysts, the ideology of Greater Serbia is one of the main causes of the breakup of Yugoslavia and the civil wars that happened between 1991 and 1999.

“The idea why a narrative of a Serbian World or a Greater Serbia is considered disturbing and a threat to stability and peace is because it has to do with the same narrative and concrete actions which were undertaken during the 1990s in the bloody wars in Croatia, Bosnia and Herzegovina and Kosovo,” says Jeta Krasniqi of the Kosovo Democratic Institute. “It is a narrative that goes against peace and stability in the region and against respect for borders of the Western Balkans states.”

However, Srđan Cvijić, Senior Policy Analyst at the Open Society European Policy Institute, says that the Serbian World is hardly a serious political project and is messaging meant to consume the ruling party votes (the Movement of Socialists is a part of the SNS-led coalition).

“For SNS [the Serbian Progressive Party] it’s important to simultaneously maintain their traditional voter body, the ex-radicals [SNS was formed via a split from the Vojislav Šešelj-led Radical Party in 2008] and the silent majority. When they are speaking of the Serbian World and in general when radical nationalism is flowing from their messaging, then they are speaking to the former,” he tells Emerging Europe.

“For the latter, there is a more moderate discourse. In that way, their policies are reminiscent of a tightrope walk,” he adds.

That there are more discourses going on at the same time was evidenced by Vučić’s own remarks when he was asked by foreign officials to distance himself from Vulin’s statements. He said that Serbia’s borders are inviolable and that official Belgrade is “not concerned” with the borders of others.

“The Serbian World idea looks like an attempt to imitate what more powerful states have been able to do, to mark off a part of the world as their ‘sphere of interest’ and declare that they have the principal role in directing policy in that region,” notes Eric Gordy, professor at the UCL School of Slavonic and East European Studies.

The Serbian World idea may never become an official state policy. Still, analysts do warn of the dangers of such remarks and the threat they pose to regional cooperation and stability.

“The rhetoric that creates additional tension and division in an already tense situation in the region ahead of the finalisation of the Belgrade-Prishtina dialogue, does not contribute to creating lasting peace and long-term stability,” says Zijad Bećirović, director of the Ljubljana-based International Institute for Middle Eastern and Balkan Studies (IFIMES).

The Kosovo Democratic Institute’s Krasniqi agrees that the idea of the Serbian World is politically dangerous.

“It is a narrative that goes against peace and stability in the region and against respect for borders of the Western Balkans states. This rhetoric is dangerous, and it should be condemned by all international actors who aim to push for peace, stability and reconciliation in the region,” she tells Emerging Europe.

Too infirm to rise?

When it comes to Serbia-led initiatives in recent years, none has been quite as prominent as the idea of the Mini-Schengen, a planned economic zone connecting the six Western Balkan nations. Could talks of redrawing borders, expressed in the few phantom non-papers, and through the Serbian World idea jeopardise it?

Bećirović believes that for Mini-Schengen to work, the tensions in the region need to die down.

“Mini-Schengen is a project that should ensure long-term prosperity and for its realisation, it is necessary to pacify the situation in the region,” he explains.

“Since the end of the colonial period, only a few states have succeeded in projecting this [sphere of interest] claim — the United States, Russia, and more recently China. Given the limits on its power and the ways in which it is challenged, Serbia is not likely to get far in asserting this kind of authority,” he concludes.