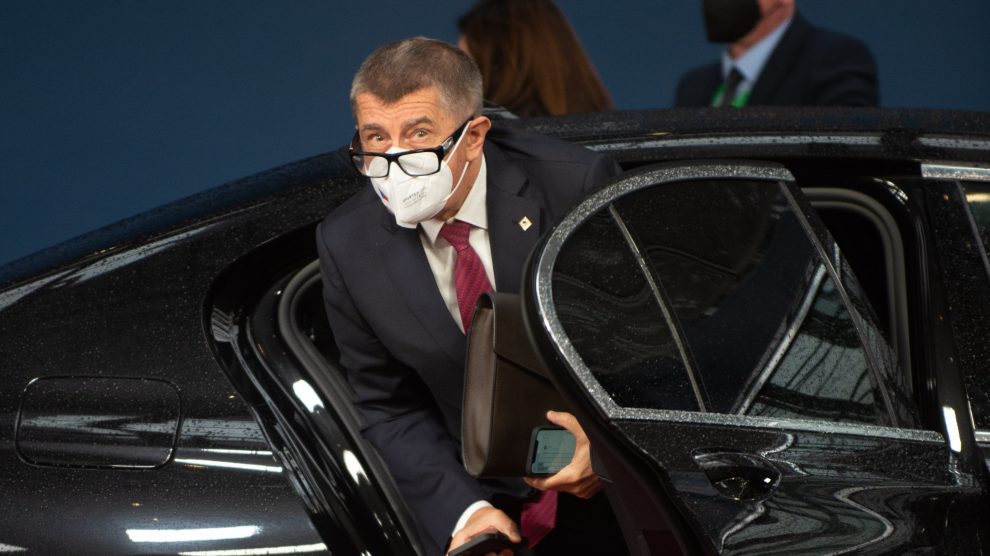 Ahead of a parliamentary election in October, Czech PM Andrej Babiš is facing possible charges of fraud.

Czech police have once again recommended that the country’s prime minister, Andrej Babiš, be charged with fraud.

The recommendation follows the conclusion of a six-year criminal investigation into whether Babiš illegally acquired around two million euros in EU subsidies.

The proposal to indict the prime minister and his former advisor, Jana Mayerová, will now be dealt with by the supervising public prosecutor, Jaroslav Šaroch.

Two years ago, Šaroch halted the investigation into alleged corruption carried out by Babiš only for it to be reopened on the orders of his boss, the chief public prosecutor Pavel Zeman, who said that suspending the investigation had been “against the law and premature”.

Earlier this year, Zeman resigned citing pressure from Justice Minister Marie Benešová, who together Babiš has been the target of widespread public protests.

The case revolves around EU subsidies paid to a farm and hotel complex that Babiš claims was owned by members of his family, and not by Agrofert, the firm he founded in 1993 and which has since grown to encompass some 230 companies ranging from agriculture to chemicals, as well as large parts of the Czech media sector.

As the subsidies were intended for small- and medium-sized enterprises, Agrofert would not have been eligible for them. Agrofert later took over ownership of the farm and hotel.

Despite assertions by Babiš that Agrofert has been held in blind trust since his entry to politics in 2014, campaigners have claimed that he remains the beneficial owner and continues to rake in profits.

Last year, the European Parliament agreed, passing a resolution condemning Babiš for a conflict of interest over the allocation of EU funds.

The resolution was based on findings that Babiš, one of Czechia’s wealthiest people, has not sufficiently cut ties with Agrofert, and that his prime ministerial position actively involves the allocation of EU funds towards the business conglomerate. It further urged the EU to take a firm stance against Babiš’s malpractice, and called for his resignation as prime minister or from his business.

In response, the Czech prime minister labelled the parliament’s resolution a “witch hunt” by opposition politicians, and blamed “Czech MEPs who do their best to harm Czechia in Brussels.”

In February, a report by the European Greens revealed that in 2017 – the year Babiš became prime minister – Agrofert was Czechia’s largest recipient of EU agricultural funds.

Babiš has always denied any wrongdoing.

However, with Czechs set to vote in a parliamentary election in October – for which campaigning has already, informally begun – the fresh call the indictment of Babiš will be a major political headache for the prime minister, whose ANO party won 2017’s election on a staunchly anti-corruption platform.