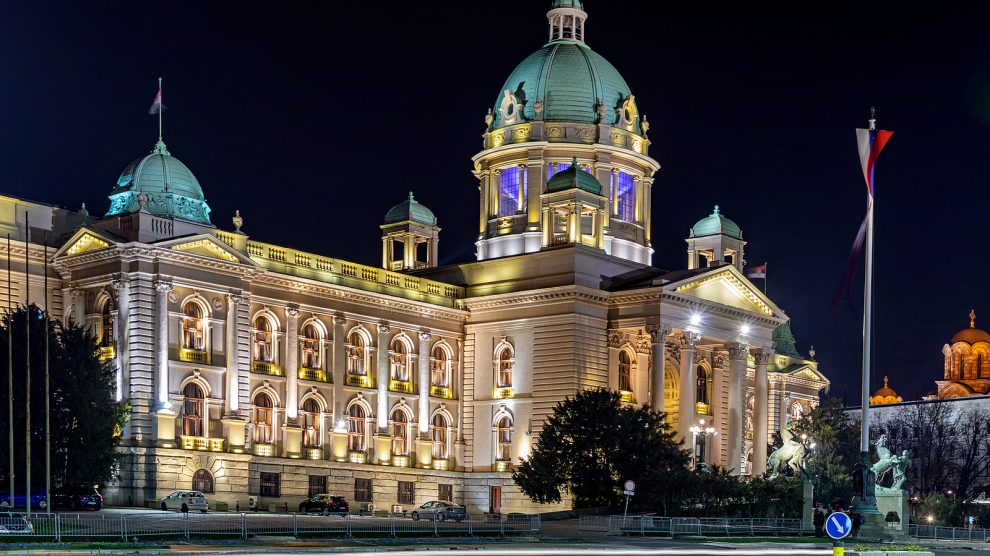 A recent resolution from the European Parliament and a report by the US State Department have condemned the state of media freedom in Serbia, as well as raising the issues of corruption and the rule of law.

MEP Vladimír Bilčík, the European Parliament’s rapporteur for relations with Serbia, noted in a resolution passed by the parliament last week that while the country has made progress in economic terms, when it comes to media freedom, progress has been lacking, confirming a trend that has troubled media freedom watchdogs for some time.

In its report for 2020, Reporters Without Borders (RSF) placed Serbia 93rd out of 180 countries it surveyed. Attacks on independent press through government-aligned tabloids, inflammatory remarks by officials, and a high concentration of media ownership were listed as the most concerning issues.

Now, both the European Parliament and the State Department report have laid out concerns over freedom in the country.

The State Department report notes that there are very few independent media outlets, and that their circulation is low and and declining.

Tabloid fake news is also highlighted as an issue.

According to Crime and Corruption Reporting Network (KRIK) data from 2020, in the previous year the four tabloids with the highest circulation (Informer, Alo, Srpski Telegraf, and Kurir) published at least 945 fake or baseless claims.

KRIK and its journalists have also been targets of inflammatory rhetoric from the MPs belonging to Serbia’s ruling Progressive party (SNS). Editor-in-chief Stevan Dojčinović was subject of a tabloid-led smear campaign that alleged he had ties to Veljko Belivuk (known in the organised crime underworld as Velja Nevolja — Velja Trouble) and Belivuk’s attorneys.

“The European Parliament is horrified by the recent orchestrated attacks of several MPs and pro-government tabloids against investigative journalists and members of civil society, including the independent media network KRIK and civil society organisations such as CRTA and Open Parliament, which are present as collaborators of criminal groups and accomplices in the planning of a coup d’etat, which is a grave violation of the recently adopted MP behaviour codex,” the European Parliament’s resolution states.

Because of these attacks, several journalist associations have already pulled out of a governmental body that is supposed to deal with the safety of journalists.

Over the last few months, other reports on media freedom have also noted that the ruling party and its leader and Serbian President Aleksandar Vučić take up most of air time in the media, and that opposition parties, when mentioned, are presented in a largely negative context.

Meanwhile, RSF issued a statement condemning an attack on a local internet media portal from the southern city of Niš.

Južne Vesti (Southern News) appeared to be a victim of purposeful identity theft and its editor Gordana Bjeletić of a smear campaign launched from a fake lookalike website that shares the same name but is registered on a different top level domain.

Serbia’s Ministry of European Integration has been quick to point out that the European Parliament resolution is not an official progress report on Serbia’s EU accession.

Nevertheless, regional political analysts say that the resolution is a collection of old problems, stated with a new tone that doesn’t reflect favourably on Serbia.

“The tone of the report is interesting because it tells us that Brussels is fed up with waiting and there is no confidence that Serbia fulfill its promises which means that our EU accession process will just get harder and harder,” says Naim Leo Beširi from the Institute of European Affairs.

Among those old problems are rule of law, Serbia’s foreign and security policy not being in line with the EU, Chinese influence, and normalising relations with Kosovo.

Additionally, the State Department report has noted that corruption (especially among members of the government), attacks on vulnerable groups such as the disabled and members of the LGBT community are still an issue. Police brutality was also noted, especially with regards to the violence at last year’s anti-government protests triggered by allegations that coronavirus death numbers were not being reported truthfully in the run up to a parliamentary election.

In its statement to the media, the Ministry of European Integration said that European integration is one of the six priorities of the government and that it hopes the negations could be continued in the first half of 2021.

Despite this, however, the last negotiation chapter was opened in 2019, and none have been opened since.

The issue of Kosovo, which declared independence in 2008 but which Serbia still does not recognise, looms large over the country’s European path. The EP’s resolution says that normalising relations could dictate the tempo of Serbia’s EU accession.

Currently, negotiations between Serbia and Kosovo are at a standstill following last year’s economic normalisation agreements signed in the White House. The end result of these was underwhelming — Serbia has paused its recognition withdrawal campaign, while Kosovo has established relations with Israel and opened an embassy in Jerusalem.

But political analysts warn that Kosovo is not the be all and end all when it comes to Serbia fulfilling its obligations.

“Issue like media freedom, freedom of speech, political choice, being able to start your own business without being racketeered, being free of crime and corruption, are problems that would remain even if the Kosovo question was solved,” warns Mr Beširi.

While the ministry’s response to the EP resolution was diplomatic, Serbia’s Minister of Internal Affairs Aleksandar Vulin decided to blast the State Department report publicly.

“A country in which the senate is defended at the cost of protesters’ lives should not tell the Serbian police not to defend parliament,” he said. “The government of a country which has mass racial conflicts and daily random hate crimes should not accuse Serbia of hate crimes so easily.”

“You are more powerful and bigger, you can slander and destroy us, you can topple [Serbian President Aleksandar] Vučić and bring in some weakling who will impose sanctions on Russia and China, recognise Kosovo, abandon the Republika Srpska. You can bring in new authorities by force but you can’t make us elect them. We are not a power but we are also not hypocrites,” Mr Vulin concluded.

In the end both the EP resolution and the State Department report highlight issues that will be familiar to anyone who has been following Serbian politics for a period of time.

Right now, it seems that the Serbian government and Mr Vučić are content to bide their time when it comes to Kosovo and EU accession, and are continuing to court Russia and China.

CEE on the Gallagher Index: Which country has the region’s most proportional parliament?
Inside Crimea’s water crisis
Comment