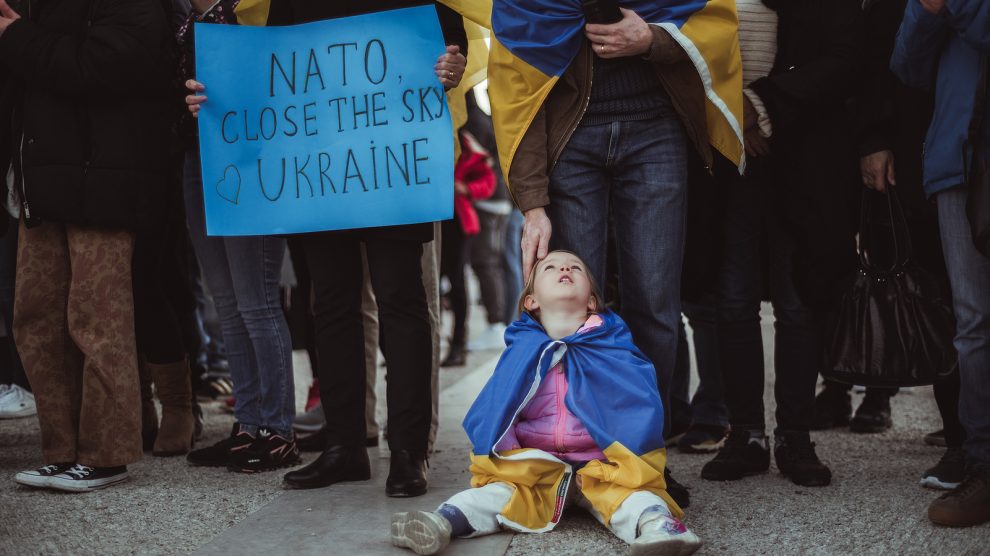 David Klion argues that NATO’s function now is to contain a war, while Chase Madar writes that Russia’s invasion of Ukraine shows that the US’s European allies are capable of defending themselves.

In a Kyiv suburb, wanton destruction amid the stench of death

Sexual violence will continue in war zones until commanders actually end up in the dock for overseeing such atrocities.

Rape is being used as a weapon in Ukraine. It should be treated as a war crime

Estonia’s prime minister argues that although the Soviet Union collapsed, its imperialist ideology never did.

We assumed small states were pushovers. Ukraine proved us wrong

In the weeks leading up to the invasion, the dominant assumption among Western officials and security analysts was that the Ukrainian military would be swiftly overwhelmed by the Russian military and that Kyiv would fall within days.

Ukraine claims to have doxed Russian troops and spies, while hacktivists are regularly leaking private information from Russian organisations.

How Georgia could gain from the Russo-Ukrainian war

Paradoxically, the horrible events in Ukraine have the potential to fortify security for small states like Georgia on Russia’s borders.

The backdoor that keeps Russian oil flowing into Europe

War in Ukraine puts spotlight on Russian language in Azerbaijan

The president has reaffirmed the special place that the Russian language has in Azerbaijan even as a backlash against Russian culture has swept the rest of the world.

‘I cry every day’: In the stands with Ukrainians as Dynamo Kyiv play again

In Warsaw, Ukraine’s most successful football club kick-off a series of matches that will raise money for the response to Russia’s invasion and see them face several European teams.

The PsyOps war comes to Ukraine

Far from the war, in Ukraine’s sleepy, western city of Uzhhorod, whose crumbling pastel-coloured Habsburg-era buildings straddle the river Uzh, government officials are concerned about the growing tension with Hungary.

Explainer: What’s in an EU membership questionnaire?
‘My beloved husband, our four cats, and my son’s pet snake remained in Kyiv’
Comment