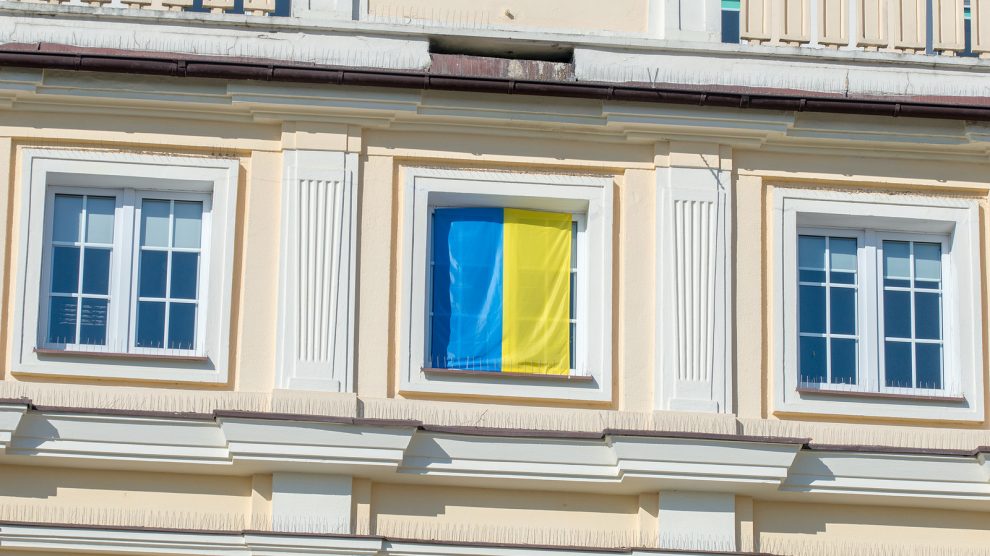 We asked a number Ukrainian women business leaders to share their experience of fleeing their homeland, and how the Russian invasion has impacted their personal and professional lives.

Nina Mishchenko, ecosystem development director at Saga Development, a Kyiv-based real estate firm, is not keen on the word “refugee”.

“I like the term ‘temporary protection’ better,” she tells Emerging Europe. “This means that we (mostly women and children) are protected until the end of the war. Refugees are often people who have nowhere to return to and do not want to return.”

For Mishchenko, as for the vast majority of Ukrainian women who have fled abroad, that’s not the case.

“Our husbands and our lives are waiting for us there,” she adds.

Mishchenko calls the Russian invasion the most horrific time for Ukraine since 1941, when it was attacked by Nazi Germany.

“Ukrainian children are being born in bomb shelters. My cousin Olena and her son spent three days in a bomb shelter with no food or water. We took them with us on our evacuation trip.”

Like so many Ukrainians currently abroad, she says that she will return.

“My beloved husband, four cats and my son’s pet snake remained in Kyiv. My career, my work and my life remained in Kyiv. In Kyiv, there are favourite places that mean a lot to me. And I hope that they will still remain after the end of the war.”

What’s more, Mishchenko says that when the war is over, Ukraine will need her experience and skills.

“The slogan ‘We will win. We will rebuild’ is now on the main page of our company’s website. I believe that we will rebuild Ukraine. And if not us, then who?”

Svitlana Malovana is another Ukrainian who does not feel like a refugee. CEO and co-founder at Raccoon.World, an app that helps people manage back pain, she says that she is grateful to Poland for hosting her, but that “Ukraine is home”.

Malovana spent the first three weeks of the war in Kyiv, helping out with humanitarian aid. “The only thing we could do was volunteer. We did it because we understood that these actions here and now can save someone’s life,” she tells Emerging Europe.

But she is “certain” to go home, she adds.

“My home is Ukraine. I live there. Due to the specifics of my business, before the war I spent a lot on business trips. Now I understand that I will be abroad even more than before, because I consider it extremely important for Ukrainian business to develop international partnerships. But my home is Ukraine.”

‘I come to Europe to give, not take’

Iryna Metneva also rejects the word “refugee”, which she calls “a joke”.

“I used to travel abroad many times and I have my favourite places in Italy, France, Spain, Germany. I spent a lot when my daughter became a student of the university in Berlin. I used to spend the birthdays of my family members in nice places in Europe. So, I don’t feel myself a refugee because I always came to Europe to give, not to take,” she tells us.

Metneva is an enterpreneur, founder of a creative agency, Vandog, with 18 years’ experience in the advertising industry.

“I am one of the most active women in the Ukrainian ad industry. My agency earnt well but the invasion halted the business. But now we are fine: some clients came back in order to be ready to launch campaigns in a free and prosperous Ukraine. And this will happen soon,” she adds.

And Metneva will be there to meet them.

“Yes, I am going back. Because it’s my home, my motherland. It seems to me that the whole world has now seen why we want to go back: there are no people braver, more open-minded and generous than Ukrainians. Our nation has become the new benchmark for the whole world in terms of solidarity, support and heroism.”

Fleeing for the second time

Not all of the women we spoke to object to the term refugee, however.

One of these is Stanislava Orlovska, a psychologist and author of literary texts currently in Germany. She tells Emerging Europe that while it is difficult admit, the term refugee applies.

“Because I, together with my family, was forced to flee from the danger of war and ask for refuge in Germany,” she says. “This is a fact, no matter how I feel about it. I did not want to leave Ukraine, but I have a responsibility – it is my mother’s safety.”

For Orlovaska and her family it is the second time they have been forced to flee, having left Donetsk in 2014.

“And now, again, eight years later, we are losing everything we have rebuilt, again because of Russian aggression in Ukraine.”

“After 2014,” Orlovska adds, “our status was internally displaced people. It meant that we lost the opportunity to live in our native city and moved to the middle of the country. I didn’t pay attention to this status. Because I am Ukrainian – and every city in Ukraine that I choose to live in is my home. I am a citizen, I know all the laws, I have rights and obligations.

“Now our status is refugees. And this difference is very noticeable. Because here, in Germany, to which we are very grateful for the great help, the fact is we don’t know the language, we don’t know the laws, we don’t have the rights of citizens, we are completely dependent on volunteers. Suddenly, from people who have successfully built careers, been involved in charity, and had plans for the future, we have become those who need charitable help. And it’s a very strange feeling. I’m arguing with that inside. But this is a fact.”

Orlovska says that she intends to return, but that her mother may not.

“My partner and I want to return to Ukraine, because it is our motherland and we never wanted to leave. I want to live in Ukraine all my life, pay taxes there, and be a part of the Ukrainian culture and economy. But as for my mother, we are looking at the possibility of staying in Germany, because going through this for a third time is too dangerous for her mental and physical health.”

Should NATO exist?: Elsewhere in emerging Europe
Armenia must embrace its diaspora for economic rejuvenation
Comment