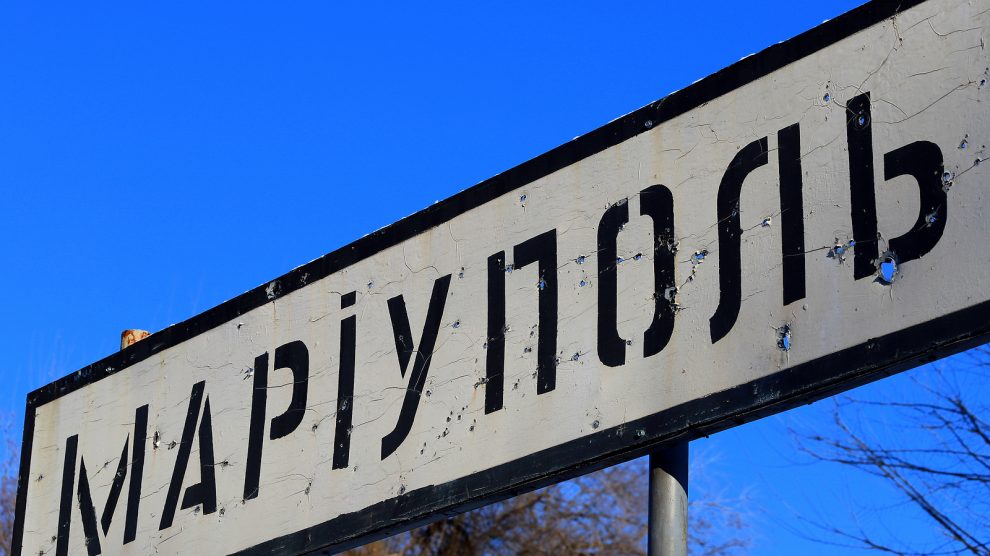 Before Russia’s invasion of Ukraine, Mariupol was the most transparent, accountable city in the country, a model of administrative best practice. Moscow is destroying more than bricks and mortar.

In its latest report, published on April 18, the ranking is topped, for the second year in a row, by the Sea of Azov port of Mariupol, currently under siege by Russian forces, as it has been since Moscow launched its full-scale invasion of Ukraine on February 24.

Relentless bombardment and street fighting have left much of the city pulverised, killing at least 21,000 people (according to Ukrainian estimates) and forcing at least two-thirds of its pre-war population of 450,000 to flee. Tens of thousands remain trapped in the ruins of the city, sheltering in basements and bunkers, as its remaining defenders continue to hold out against Russia.

On Sunday, Ukraine’s prime minister, Denys Shmyhal, vowed that its forces will “fight to the end” in Mariupol, after a Russian ultimatum for the remaining Ukrainian troops there to surrender expired.

“The city still has not fallen,” said Shmyhal, hours after Moscow’s deadline for fighters holed up and surrounded in Mariupol’s sprawling, fortress-like steelworks to surrender passed.

“There’s still our military forces, our soldiers. So they will fight to the end,” he told US network ABC.

Ukrainian president, Volodymyr Zelensky, had the previous day described the situation in the city as “inhuman” and accused Russia of “deliberately trying to destroy everyone” there.

The fall of Mariupol, the largest trading port in the Sea of Azov – from which Ukraine exports grain, iron, steel and heavy machinery – would be a blow to Kyiv and a symbolic and strategic victory for Russia, connecting territory it holds in Donbas with the Crimea region it annexed in 2014.

Transparency International’s report meanwhile also highlights what is at stake.

Prior to the Russian invasion, Mariupol in the top 10 cities in terms of the quality of life in Ukraine and boasted one of the largest average wages in the country. It actively attracted investment, opened new universities, and hosted numerous cultural events.

“The [Mariupol] City Council not only formally fulfilled the requirements specified by law, but also implemented numerous good practices, making the city exemplary in the field of data publication, for example,” says the report.

While Transparency International admits that “as a result of numerous bombings, destruction of civilian infrastructure, killing of the population by Russian invaders, the topic of transparency and accountability of Ukrainian cities is taking a back seat,” it points out that the good practice previously put in place has made many Ukrainian cities – not just Mariupol – more resilient.

“For example, the publication of information on municipal real estate registered by the city council allows [the authorities] to understand the amount of possible housing for resettlement and relocation of businesses from hot zones, and a published clear list of social assistance institutions and services will help guide displaced persons in meeting their needs.”

Inflation now ‘a clear and present danger’ with all three Baltic states set for double-digit price growth in 2022
Explainer: What’s in an EU membership questionnaire?
Comment