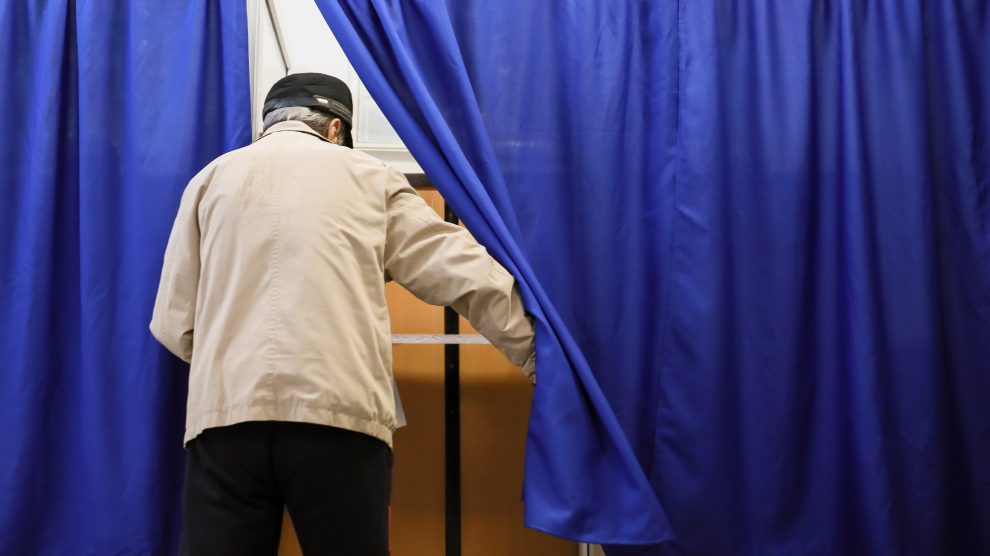 Exit polls point to narrow victory for former ruling party, but it is unlikely to win enough seats to form a government.

The Social Democratic party (PSD) has won a parliamentary election in Romania, according to two exit polls.

The PSD is credited with around 30.5 per cent of the vote, followed by the ruling Liberal party (PNL) on 29 per cent. The progressive Save Romania Union-Plus alliance (USR+) looks set to have come third with 16 per cent.

Turnout was the lowest in any Romanian parliamentary election in history, just over 32 per cent per cent, a consequence of Covid-19 restrictions, cold weather and general voter apathy. The election was the sixth time that Romanians has been asked to vote in little over 18 months, and came just six weeks after local elections, in which turnout was much higher, at just under 50 per cent.

“We believe that once the votes have been counted, we will be the largest party,” said Ludovic Orban, PNL leader and Romania’s prime minister, who will now face a battle to keep his job. The PNL had been expected to win the election by a wide margin, and not doing so will be seen as a failure of Mr Orban’s leadership.

USR+ is the most probable coalition partner for the PNL, but is likely to insist on a different prime minister as part of negotiations.

USR+ will also want assurances that the PNL is committed to digitalising Romania’s overly bureaucratic public services and opening up the creaking state health monopoly to competition. On the latter issue at least, there does appear to be common ground. Both parties have also committed to building new infrastructure: motorways in particular.

In the end, however, the PNL and USR+ will have to co-exist, not least as there may be few other options. Indeed, it could well be that the PNL, USR+ and the PSD are the only parties to gain the five per cent of votes needed to secure seats in parliament, and neither the PNL nor USR+ will want to work with the PSD.

While the exit polls claim that at least three other parties will pass the threshold (the Hungarian Democratic Union – UDMR; the Pro Romania party of former PSD prime minister Victor Ponta; and the extremist, overtly sectarian Alliance of the Union of Romanians – AUR), with a margin of error of up to three per cent, it could well be that none of the three make the cut once the votes of the Romanian diaspora are taken into consideration. The diaspora accounts for almost five per cent of all votes cast and overwhelmingly supports the PNL and USR+.