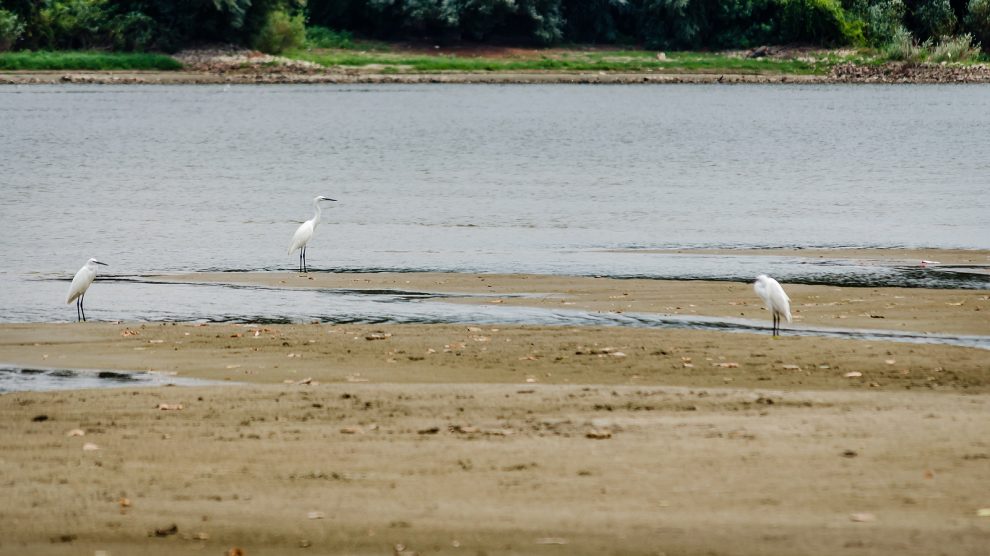 The Danube is the second longest river in Europe, and flows mostly through countries in emerging Europe. Severely affected by this summer’s drought, the environment and industry of the countries reliant on the river are already suffering.

Silva Agopyan of the Bulgarian agency for the exploration and maintenance of the Danube River (APPD) says that the water levels they have recorded on their section of river since late March have been lower than the historical minimum on multiple dates.

Peter Čáky, counsellor for hydrotechnical and hydrometeorological issues at the Danube Commission, based in Budapest where the Danube River has iconic status, confirms Agopyan’s worrying statement.

“Most difficult and sometimes the most extreme in terms of navigation is the so-called summer shallow phase, which begins in late July and ends in autumn. This year, the beginning of this phase moved to early July,” he informs Emerging Europe.

Birgit Vogel, executive secretary of the International Commission for the Protection of the Danube River (ICPDR), warns of the potentially disastrous effects the current condition of the river may have.

“Droughts can have a high damage potential such as ecological damages, economic losses, and of course implications on human health,” she tells Emerging Europe.

Some of this damage is already apparent. In Bulgaria, the Danube did not rise enough to fill nearby lakes with water at the start of the breeding season, affecting hundreds of species of animals, according to WWF Bulgaria.

In the river itself, a team of WWF experts found a 90 per cent decrease of Danube mackerel eggs in comparison to the previous two years

“Preventive measures should be taken to mitigate the impacts of climate change, to adapt to it, and to minimise related damage, thus reducing the vulnerability of aquatic ecosystems and water related ecosystems,” adds Vogel.

In February of this year, just prior to the start of the ongoing ecological disaster, the ICPDR held a meeting that reaffirmed the effects of climate change, such as drought, water scarcity, and extreme hydrological phenomena, as a new significant water management issue for the Danube River basin.

“They expressed their support for the implementation of restoration, protection and mitigation measures for habitats, river continuity and transboundary ecological migration corridors, emphasising the importance of actions towards improvement of hydro-morphological conditions,” Vogel explains.

It is yet to be seen if these measures are enough to address the underlying issues in the long term.

While the potentially irreversible environmental degradation is undoubtedly concerning, the economic impact of such low water levels is similarly worrying.

“The main fleet for Danube shipping was built to operate with a working draft of 2.5-2.7 metres. Currently, vessels are operating at 1.4-1.7 metres draft. During certain periods of the summer shallow water phase, navigation in critical areas can be interrupted,” says Čáky.

He argues that such fluctuations in water levels on the Danube and the difficulty of long-term forecasts are one of the main reasons for problems in the future development of water transport on the river, since low water levels affect the draft of vessels and consequently the economic efficiency and safety of navigation.

“The current water levels are below the low navigable and regulatory level, which is beyond the recommendations of the Danube Commission to maintain depths of 2.5 metres,” says Agopyan regarding the section of the Danube on the border between Bulgaria and Romania.

She further explains that the lack of precipitation and reduced water flow throughout the Danube River basin has affected shipping along in the entire river.

Shipping has been suspended in Germany, and Austria is expected to do the same this week. On the Hungarian section, 16 critical places with depths below 190 cm have recently been observed, making a similar scenario plausible there as well.

“In our opinion, apart from its navigational function, the Danube River is used multi-functionally for other purposes such as drinking water, water for industry, energy, agriculture, tourism, and recreation,” Čáky adds.

According to Agopyan the cause of these ecologically and economically devastating levels of the Danube is clear.

“While low water levels are characteristic of the season, this is a trend directly dependent on the changes in the climate observed in recent years,” she says.

Čáky agrees that natural factors have the biggest impact on water levels, while further arguing that a planned system of dams to retain water could have helped the situation but has not yet been completed.

“It will now be a joint management task of the ICPDR countries to further deal with adaptation and to mitigate the water-related effects of climate change including the drought, water scarcity, extreme hydrological phenomena and other impacts,” Vogel concludes.