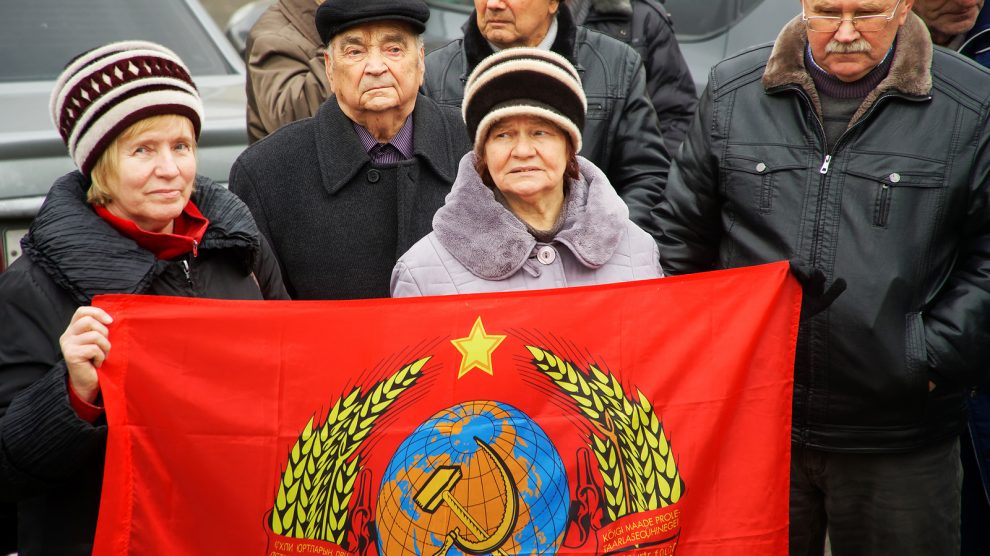 Fewer people than ever are voting for communist parties in Central and Eastern Europe, but celebrating their demise may be premature.

Two of emerging Europe’s most recent parliamentary elections, in Czechia and Bulgaria, had the same, unexpected, outcome – an unprecedented decline in support for communist parties.

In Czechia, erstwhile prime minister Andrej Babiš’s ANO party lost an election in October partially due to one of its main coalition partners, the Communist party of Bohemia and Moravia (KSČM), failing to reach the five per cent threshold required to enter parliament.

While the KSČM received 7.8 per cent of the votes at 2017’s parliamentary election, this year only 3.6 per cent of Czech voters backed the party.

While the Bulgarian Socialist party (BSP) did make it into parliament, its vote share in the country’s third parliamentary election of the year, held on November 14, was its lowest ever at just over 10 per cent.

Despite being a direct successor of the Bulgarian Communist party, after it rebranded as a democratic socialist movement in 1990, the BSP had remained one of the two main political powers in the country: in 2017 it received 27 per cent of the vote.

But the full extent to which voter trust in the party has declined since then was revealed at this year’s first round of parliamentary elections, held in April, when 15 per cent of voters chose the BSP. This number fell to 13 per cent at the July snap elections, and then to 10 per cent in November.

Why the sudden decline?

Several converging factors have contributed to the recent acceleration in the decline of communist successor parties in Bulgaria and Czechia, but also elsewhere in the region.

One of these is highlighted by the German political analyst Michael Dauderstädt, who argues that the region no longer faces many of the social problems it did during and directly after its political transition from communism to a market economy.

“In this regard, party landscapes in CEE changed dramatically with the rise of populist parties as they did in some countries of Western Europe, such as Italy, France, and the Netherlands,” he adds.

Miroslav Mareš, political science professor at Masaryk University, Brno, asserts that this is indeed the case in Czechia.

“The election results of the KSČM were caused by the decline of nostalgia for the communist past amongst the population as well as by the rise of new populist movements, such as the centrist ANO (Yes in English) and the right-wing SPD (Freedom and Direct Democracy),” he tells Emerging Europe.

Similarly, Kevin Deegan-Krause, a researcher of European political parties and national identity at Wayne State University in the US, says that newly formed political parties based on contemporary societal issues are behind the decline of communist support in Bulgaria.

“The decline of the Bulgarian Socialist party has sent voters to other parties, some of them promising socially-oriented reform,” Deegan-Krause tells Emerging Europe.

Dauderstädt, however, also points out that while this sudden and exceptional drop in support for communist successor parties in both Czechia and Bulgaria coincided, the diminishing significance of such political entities is not an entirely new phenomenon.

“The decline started more or less after the accession of the CEE countries to the EU,” he points out.

“The clearest example of this is the collapse of the SLD in Poland,” he adds, referring to the Polish Democratic Left Alliance, largely made up of former Communist party members and a major political force in the country throughout the 1990s and early 2000s until its support dropped to just 10 per cent in 2004.

The decline of such parties with explicit and easily traceable ties to former communists initially appears to be a positive development – for rather obvious reasons.

As Deegan-Krause notes, “those who lived through communist regimes may take some comfort in the ongoing (if uneven) decline of communist successor parties.” However, he adds that: “the consequences are mixed and complicated.”

“Whatever we may know of their past or think of their ideologies, communist successor parties have anchored a certain share of the electorate in parties that held a specific ideological position and took predictable positions. Without them, things are more complicated,” he argues.

Mareš offers a similar perspective, stating that, “the trend of decline of non-reformed communist parties can be seen as a positive trend on one hand, mostly in relation to victims of communist crimes and all the negative legacies of communism.”

“On the other hand, however, we can see strong authoritarian and destructive tendencies in other parts of the political spectrum in Central and Eastern Europe,” he adds.

Deegan-Krause says that the decline in support for communists puts defence of certain social interests — especially those of pensioners — in the hands of new, leader-driven parties like Babis’s ANO.

He suggests that a similar development can also be expected in Bulgaria where, even though new parties promise socially-oriented reform, “if Bulgarian voters follow past patterns, those parties are unlikely to last very long and those interests will have less enduring representation.”

While Deegan-Krause sees the diminishing nature of communist successor parties as likely to facilitate less stable and predictable election outcomes in the CEE region, according to Anna Grzymala-Busse, a professor of international relations at Stanford University, this aspect of CEE politics is what caused the change in the first place.

“The decline of communist successor parties is chiefly the result of the high levels of electoral volatility in post-communist countries,” she tells Emerging Europe.

“Those parties that reinvented themselves into moderate social democrats fell victim to the same anti-incumbent bias that led other centrist parties to decline, and those which remained orthodox protest parties were replaced by other, more attractive extremists,” Grzymala-Busse explains.

Deegan-Krause says that, “while things do not look good for either the Czech communists or the Bulgarian socialists, the experience of other countries suggests it would be a mistake to think they will quickly disappear.”

“Such parties have stable, enduring organisations and memberships and tend to endure for a long time, sometimes popping back into parliament even after they have fallen below the threshold,” he concludes.