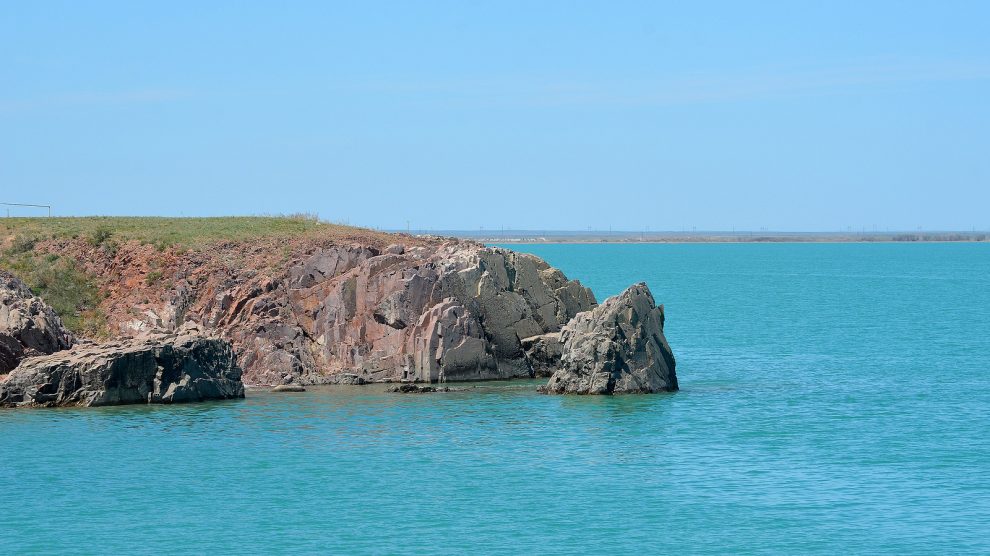 Disputes over the control of water resources in eastern Kazakhstan have been inflaming tensions with China.

The sad fate of the Aral Sea, once the fourth largest lake in the world but now virtually nonexistent, has long been used as a symbol of the destructive effects reckless man-made projects can have on nature.

Now, there are fears that Lake Balkhash in eastern Kazakhstan appears to be going the same way as the Aral Sea.

For years, researchers have been warning about the possibility. Currently the 15th largest freshwater lake in the world, Lake Balkhash is fed by the Ili river, which originates from the mountains of Xinjiang Province in China and provides 70-80 per cent of Lake Balkhash’s annual water flows.

The lake has been under pressure since at least the 1970s due to Soviet industrial and agricultural projects that also saw a sharp increase in the population of areas around the lake. Furthermore, Almaty, Kazakhstan’s largest city, draws much of its water from the Kapchagay reservoir, which is fed by the Ili river on its way to Lake Balkhash. One third of Kazakhstan’s population lives in the Ili-Balkhash basin.

Since 2000, Lake Balkhash has been coming under increasing strain. Although the Chinese and Kazakh governments that year signed a water sharing agreement which stipulated mutual cooperation between the two nations in managing this water resource, China quickly appeared to abandon its commitments.

Xinjiang province, bordering Afghanistan and Kazakhstan, is home to a predominantly Muslim population including Uighurs and Kazakhs, both Turkic peoples indigenous to the area.

In recent decades, the Chinese government has been attempting to change the demographic make-up of the Xinjiang region, investing in its economic development in the hope of attracting migrants from elsewhere in China and overwhelm the local Muslim population.

As a result of these policies, the population of Xinjiang grew by four million between 2000 and 2010. Furthermore, over the past twenty years, China has developed 13 reservoirs and 59 hydroelectric plants on the Ili river.

Economic development projects on the Chinese side of the border currently include widespread rice cultivation, a particularly water-intensive undertaking. Consequently, according to Russian researchers, by 2050, the flow of the Ili river is projected to decrease by 40 per cent. Furthermore, the proliferation of industrial projects will also have an effect on the quality of the water, with increasing amounts of industrial waste being dumped into the river.

The Chinese government’s project in Xinjiang has also been becoming increasingly heavy-handed in recent years, with widespread allegations of internment camps being used to “re-educate” Muslim Xinjiang natives suspected of being prone to “radicalisation”.

A combination of the impact of Chinese development on water flow into Lake Balkhash and the authoritarian repression of Muslims in Xinjiang has in recent months been fueling anti-Chinese sentiment within Kazakhstan.

Since late March, there have been daily protests within Kazakhstan against the Chinese government, both in solidarity with their ethnic and religious kin in Xinjiang, and out of fear of possible Chinese “expansionism”.

“China has begun the construction of 56 factories in Kazakhstan,” one recent protester was quoted as saying. “Who will build these factories? Not ordinary Kazakhs, but Chinese workers. This is the beginning of expansion. Even in Africa they [China] run their factories by themselves…for this money, influence will also come. They will have an economic impact on Kazakhstan, then political. China has already begun to interfere in our internal affairs. We must stop Chinese expansionism.”

Such sentiment has been placing increasing strain on relations between the Kazakh and Chinese governments.

Kazakhstan is a crucial part of China’s ambitious Belt and Road Initiative: China is the largest foreign investor in country, and according to the Kazakhstan state-owned railway company, 4,800 Europe bound Chinese freight trains traveled through Kazakhstan in 2020.

Last week, under pressure from opposition groups, Kazakhstan nevertheless passed legislation that prohibits the sale and leasing of agricultural land to foreigners and foreign companies.

While the law may help to allay some of the fears ordinary Kazakhs have when it comes to China’s perceived expansionism, the fact that the vast majority of projects impacting Lake Balkhash are on the Chinese side of the border means that it is likely to do little to improve the fate of lake.