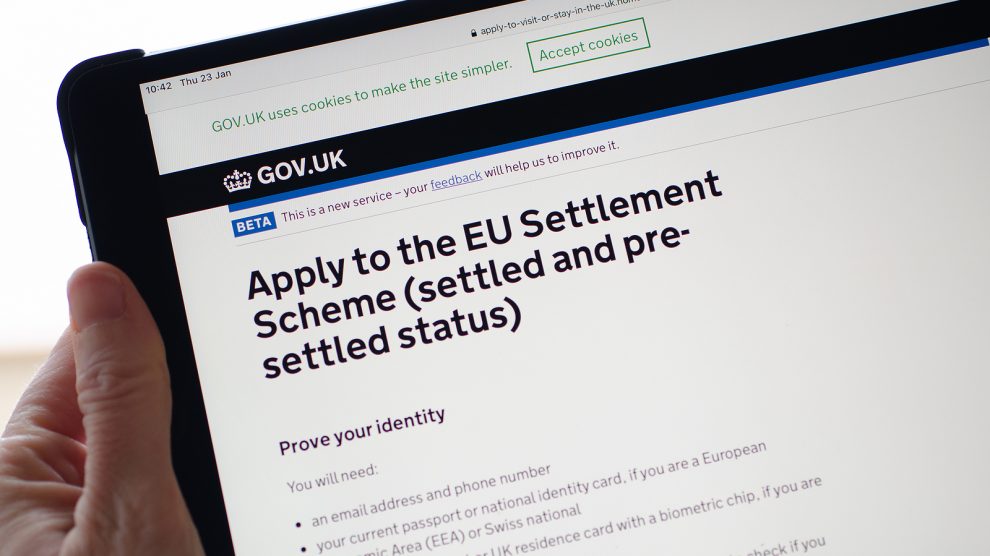 With Britain’s doors now closed to EU citizens, hundreds of thousands of vulnerable people already living in the UK face an uncertain future, and possible deportation.

The UK’s door has officially closed.

On June 30, the British government closed its European Union Settlement Scheme (EUSS) to new applicants, despite calls from EU citizens’ rights groups for the deadline to be extended.

While more than six million EU citizens have applied to formalise their status in the UK through the EUSS, rights groups believe that as many as 150,000 people have been left behind, with many of those believed to be from Central and Eastern Europe.

There is now deep concern over what will happen to these people, with suggestions that they could face deportation despite having lived and worked legally in the UK for – in some cases – years.

The EUSS allowed EU passport holders who had been residing in the UK as of December 31, 2020, to apply for either “settled” status (equivalent to permanent residency and usually granted to those who had lived Britain for five years or more), and “pre-settled” status for those who arrived less than five years before the cut off date.

Both groups hold the same rights as before the UK’s exit from the EU, including the right to work and remain in the country indefinitely.

Two countries from Central and Eastern Europe, Poland and Romania, account for almost a third of all EUSS applications.

In 2019, the Home Office estimated the total number of people eligible to apply for the scheme was between 3.5 million and 4.1 million. It had expected just 370,000 Romanians to apply.

It also underestimated the number of applications from Bulgaria: it was expecting around 120,000 people to apply, but by March 284,000 had done so. Applications since then will almost certainly take the tally over 300,000, making Bulgarians the third largest EU community in the UK.

The number of Lithuanian applications is also noteworthy. At 245,240, it represents almost a tenth of the country’s population.

Those who have managed to apply – and who have already received confirmation of their status – can consider themselves lucky.

Of the estimated 500,000 people who applied in June alone, many are yet to receive confirmation of their status and are stuck in administrative limbo.

Meanwhile, those who have not applied will be deemed to be living in the UK unlawfully and will no longer be able to legally work, rent property nor access free healthcare, and could even be subject to deportation.

Campaigners say that victims of human trafficking, the elderly, and children are amongst those in this increasingly desperate position.

Karolina Bylicka is a volunteer at the charity Settled and assists Polish nationals in applying to the scheme. She fears that many families did not realise the need to register children as well as adults.

“We were still having people ask, just days before the deadline, Do I have to apply for my children?”

Veronica Hera, who focuses on helping Romanians in the UK, notes that the settlement scheme appears to have been purposefully designed to prevent many “unskilled migrants” from applying.

“From my perspective, the EUSS is a scheme designed to facilitate applications from tech-savvy, high-skilled migrants with a very good level of English,” she says.

The EUSS app is only available in English, and requires applicants to possess a computer with internet access, a smartphone to scan ID, an email address and a phone number: all things which campaigners have argued is a hindrance for some.

Hera shares her experience assisting migrants from Romania who she believes arrived in the UK after being subjected to human trafficking.

“Most of them didn’t have an ID or had it taken away from them, so it was very hard to complete their applications, besides the fact that their English was not very good,” she says.

Eliza Stachowska, independent modern slavery advocate at Hope for Justice, argues that, “A lack of national insurance records, payslips or other evidence to demonstrate the length of residency can make the application difficult. A lack of national ID card or passport, documents which are often are taken away by traffickers, can also cause delays.”

“A survivor’s wish to stay and rebuild their life in the UK should be protected following the UK’s exit from the EU,” she adds.

Luke Piper, head of policy at the campaign group The 3 Million, argues that those who perpetuate slavery and trafficking “take advantage of things like [the deadline]”.

“Criminals could tell people: ‘You missed the deadline, you’re in trouble, the police will deport you, stay with us – we’ll protect you’,” he points out.

Aluna Lepadatu, who works for the Luton Roma Trust, argues that EU citizens from the Roma community are amongst those who have been most negatively affected by the settlement scheme, adding that many who seek help at her NGO often do not speak English nor the official language of the country of their passport, making it additionally difficult to access information about the need to apply for a settlement status.

“I’m afraid that people will be leaving, that they will be forced to leave. I’m afraid that families will be split apart because parents didn’t know that they had to apply for their children.”

Most EU countries have been far more generous with their deadlines for UK citizens to sort out their own post-Brexit status.

The vast majority have deadlines of December 31, and all offer UK citizens physical proof of their status: something that the UK does not.

The need for an actual document proving preserved rights covered by the UK-EU Withdrawal Agreement has long been a focal point of The 3 Million’s campaign.

Luke Piper says that the need is now urgent.

“EU citizens will be completely dependent on their digital-only status working 24/7. They need this to prove their right to be in the UK, to start a new job, to rent a flat or to get NHS treatment.”