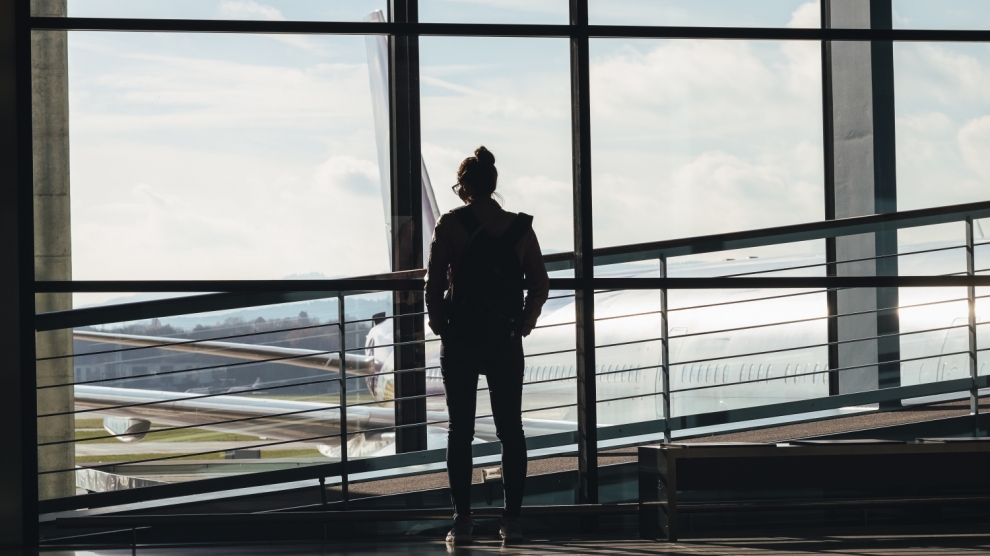 A handful of countries began slowly lifting coronavirus restrictions this week, led, in emerging Europe, by Czechia and Poland.

The relaxation of lockdown rules, which will allow some shops and businesses to reopen, are modest, but send a clear message that the worst of the Covid-19 pandemic may now be over, and that slowly, very slowly, normal life is resuming. However, while most countries in emerging Europe are reporting far fewer cases than in Western Europe, a number of papers and reports published this week continue to suggest that the economic fallout will still be huge.

On Wednesday, the European Union published its own guidelines on how member states should go about exiting the lockdown, calling for a coordinated approach.

“It is time to look ahead and to focus on protecting livelihoods,” said President of the European Commission Ursula von der Leyen.

Mrs von der Leyen has previously said that the EU came close to “tearing itself apart” in the early days of the pandemic. She has criticised the uncoordinated border closures that led to truck tailbacks of up to 40 kilometres and unilateral restrictions on cross-border sales of medical equipment.

On Thursday, she offered an apology for the EU’s initial lack of coronavirus preparedness.

Speaking in the European Parliament, Von der Leyen told MEPs: “It is true that no one was really ready for this pandemic. It is also true that some were not there on time when others needed their help. For this, Europe offers a heartfelt apology.”

She pointed to the various EU economic measures subsequently taken, adding, “the true Europe is now standing up and we see great solidarity.” Even so, she said “there are still some, however, who want to point the finger and apportion blame. I say to them: Stop it.”

New IMF forecasts on Wednesday showed the coronavirus crisis is propelling government debt in the single currency area towards 100 per cent of gross domestic product. Central bankers and economists warned that debt burdens could still stifle the growth prospects of a range of fiscally weaker member states, straining the economic cohesion of the eurozone.

“This is a crisis like no other,” said Kristalina Georgieva, the IMF’s managing director. “We anticipate the worst economic downturn since the Great Depression. While there is tremendous uncertainty around the forecast, we project global growth to fall to minus three per cent this year. And we project a partial recovery in 2021, with growth expected at 5.8 per cent. That is our baseline scenario. We know that it could get much worse depending on many variable factors, including the depth and duration of the pandemic.”

Meanwhile, the value of euro banknotes in circulation has increased by the largest amount since the 2008 financial crisis, according to new data which indicates many people in Europe have responded to the coronavirus pandemic by hoarding cash.

In the four weeks to April 10 the value of euro banknotes distributed to individuals and businesses rose by 41.2 billion eurs to 1.33 trillion euros, the weekly financial statement published by the European Central Bank on Wednesday showed.

Under the new swap line, Hrvatska narodna banka will be able borrow up to two billion euros from the ECB in exchange for Croatian kuna. The maximum maturity for each drawing will be three months. The swap line will remain in place until December 31, 2020, unless it is extended.

In its latest look at the economic impact of coronavirus in Central, Eastern and Southeastern Europe (CESEE), the Vienna Institute of International Economic Studies (wiiw) warns that the dire economic indicators which continue to be released across the world are prompting comparisons not only with 2008-09 but also the depression of the 1930s.

Data for CESEE also look increasingly worrying, with year-on-year declines in key areas of economic activity already comparable with the aftermath of the global financial crisis. Latest OECD business confidence data, for example, show that developments in key CESEE economies like Poland and Russia largely mirror those of the euro area. The impact on currencies remains quite differentiated in CESEE, reflecting in part the different responses of central banks. However, almost all floating currencies have weakened substantially as the virus has spread, including the ‘safer’ currencies such as the Czech koruna.

The Vienna Institute has published a look at the various fiscal measures taken across the region here.

In Bulgaria, Covid-19 appears to have convinced Prime Minister Boyko Borissov once and for all that the country should join the eurozone.

In February, Borissov said that Bulgaria would delay its plans to join the ERM2 Exchange Rate Mechanism, also known as the eurozone’s obligatory waiting room.

Borissov this week however admitted that he had made a mistake. He now says that, in February, Bulgarian public opinion was not ready. But after seeing how generous the Covid-19 packages are for the eurozone countries, those hesitations have disappeared.

This particular conspiracy theory is being heavily pushed by Russia and its state-controlled media outlets Russia Today and Sputnik, as well as on social media. There’s more about the Kremlin’s disinformation campaign here, at the excellent EU vs Disnfo, an EU-backed project committed to countering disinformation.

With its ‘anti-crisis shield’, Poland can survive the coronavirus-induced downturn
Serbia’s digital job fair helping the unemployed through the coronavirus pandemic
Comment