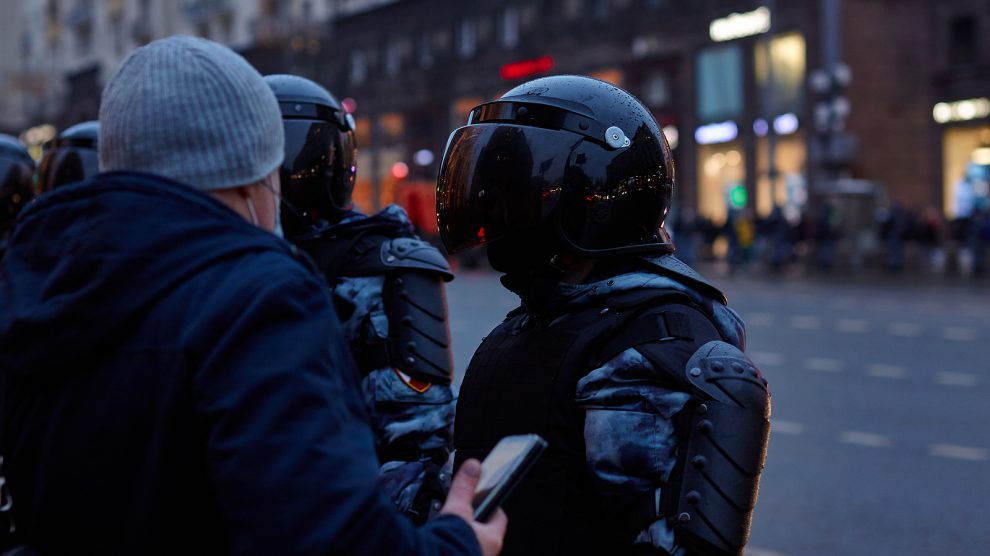 Public support for Russia’s invasion of Ukraine has declined slightly since the start of the war, but the majority continue to support it.

As the Russian invasion of Ukraine approaches its tenth month, the war has been devastating. One-fourth of Ukraine’s total population has become displaced. Tens of thousands of Ukrainians have been killed, and dozens of cities, villages, and towns have been destroyed. Ukraine’s GDP has shrunk by 32 per cent due to the war. Ukrainian Prime Minister Denys Shmyhal believes it will cost over 750 billion US dollars to rebuild the country.

Russia has also had immense losses. Since the war began, nearly 100,000 Russian soldiers were killed. The Russian Federation has lost billions of dollars in military equipment, and thousands of pieces of hardware were destroyed. Outside of the war, the international community imposed sanctions on Russia to punish it for its actions against Ukraine.

Despite these losses, Russian President Vladimir Putin has continued to wage war on Ukraine. He is doing everything he can to prolong the conflict. For example, the Russian president recently escalated Russia’s involvement by announcing that it would mobilise 300,000 conscripts. In response, nearly 700,000 Russians fled the country. Another 10,000 conscripts returned from the battlefield.

Given these developments, one would assume that Russian citizens would protest their government’s invasion of Ukraine. But these assumptions are incorrect. While Putin’s decisions have brought death and destruction to Eastern Europe, very few Russians have protested the war. In contrast, they have continued to support the invasion.

When the war began, Putin held a rally at a stadium in Moscow. Thousands of Russian citizens gathered, waving their flags and expressing their support for the war. Public support has declined slightly since the start of the war, but the majority of Russians continue to support the invasion.

Some have opposed the military incursion, but their resistance has been minimal. According to Al Jazeera, nearly 2,000 Russian citizens were detained at the start of the invasion for protesting the war.

Since then, the government has swiftly cracked down on large-scale protests to try and prevent future demonstrations. The Russian government has also stiffened penalties for the anti-war movement. For example, Russian citizens could face “up to 15 years in prison” if they spread information that contradicts the government’s official position on the war. There is also a history of oppression within the Russian state. This has made it more dangerous for Russian citizens to protest their government and its decisions.

Outside of these demonstrations, some Russian nationals are fighting alongside the Ukrainians. These individuals believe that their homeland should not violate Ukraine’s territorial integrity, and they will continue to defend Ukraine until the end of the war.

Despite the efforts of these demonstrators and Russian volunteers, the war continues. The Russian government has shown no signs of changing its position in the war. In other words, most Russian citizens support Putin’s incursion.

This is even true of the Russian citizens who have recently fled the country. Over half a million military-aged men have fled the country since Putin announced the call-up of an additional 300,000 troops. These Russians have relocated to Russia’s neighbouring countries, such as the Georgia, Armenia, Azerbaijan, Kazakhstan, and Uzbekistan.

Only Russia can end the war

Overall, despite the devastation Putin has caused with his invasion of Ukraine, the vast majority of Russian citizens continue to support it. Few have protested their government’s decision.

The Russian perception of the nation of Ukraine and its people also spans far beyond Putin. Most Russians do not think that Ukraine should be a sovereign state. Instead, they believe that Russians and Ukrainians are the same, and that Ukraine should be subjected to Russian rule. This suggests that the Russians have learnt nothing in the 300-year oppressive history of subjecting the Ukrainians and other neighbours to a cruel fate.

Therefore, the Russian psyche toward Ukraine (as well as Russia’s neighbours) must change. If the Russian people continue to believe that the Ukrainians (and other Russian neighbours) do not have a right to their sovereignty, then these harmful relations will continue.

Only Russia can end its illegal and unnecessary war in Ukraine. So far, it has chosen not to.