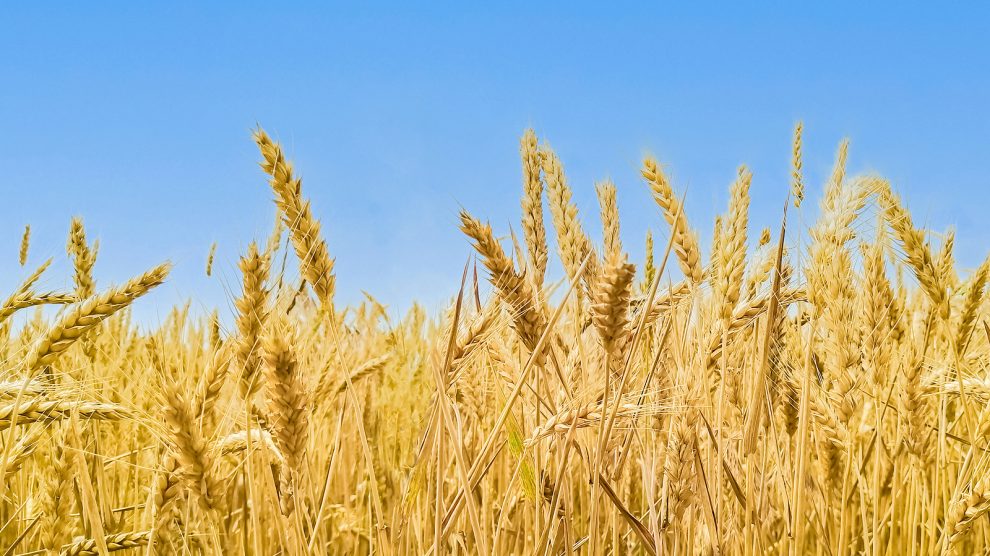 As more evidence emerges of Russia stealing Ukrainian grain, NATO is asked to do more to help Kyiv unblock its ports in order to prevent a global food crisis.

A Ukrainian MP in Madrid to lobby world leaders at this week’s NATO summit has warned that more efforts are needed to unblock grain supplies to avoid rising food prices and unrest worldwide.

Prior to Russia’s invasion, Ukraine supplied more than 10 per cent of the world’s wheat.

Oleksiy Goncharenko, an MP in the Odesa region, told reporters that Vladimir Putin was “acting just like a terrorist – he has taken hundreds of millions of people as hostages by starving them” through the Russian blockade of Ukrainian grain exports.

The full scale of the impact that Russia’s war on Ukraine and blockade of its seaports has had on food exports became all too apparent earlier this week when data from the European Union revealed that EU imports of Ukrainian sunflower oil, maize and rapeseed dropped by 10 per cent, 37 per cent and 29 per cent respectively in March compared to the same period a year ago.

EU wheat imports from Ukraine meanwhile dropped by 77 per cent compared to March 2021.

Beyond the EU, there was also a significant drop in Ukrainian exports of wheat to its main partners globally: to Egypt by 26 per cent (year-on-year), to Yemen by 55 per cent, while no trade at all was recorded for wheat to Lebanon, which prior to the war relied on Ukraine for 70 per cent of its wheat, Libya or Nigeria.

Similarly, Ukrainian maize and sunflower oil exports fell drastically in March compared to the same month of 2021. The biggest decline in exported volumes were recorded for China, Egypt and Iran. For sunflower oil, India, China, Iran and the United Arab Emirates was hit the most by the reduction of Ukraine exports in March.

That the war, and Russia’s blockade, is fuelling a global food crisis is not news.

The UN’s secretary general, António Guterres, has issued repeated warnings about the consequences for the world of Russia’s invasion, saying earlier this month that it “threatens to unleash an unprecedented wave of hunger and destitution, leaving social and economic chaos in its wake”.

The European Union meanwhile has accused Moscow of “weaponising” food supplies to gain an advantage in the war.

Russia has seized several key ports in Ukraine since the invasion began on February 24 while its warships control the Black and Azov Seas, blocking Ukrainian exports and driving up the cost of grain across the world.

Several UN-led attempts to broker a deal that would allow the export of Ukrainian agricultural products have so far come to nothing.

Kyiv has also stepped up efforts to ship grain via the Romanian Black Sea port of Constanta. But as of mid-May, only about 240,000 tonnes – or one per cent of the volume stuck in Ukraine – had passed through.

Rerouting grain to Romania involves transporting it by rail to ports on the Danube and loading cargoes onto barges for sailing towards Constanta, a complex and costly process.

Kyiv needs to export 20 million tonnes of grain in the next two months or some crops will rot with nowhere to store them after August’s harvest.

Leaders also announced they would help vulnerable countries to increase food production and called on nations with large stockpiles of food to make some available.

A joint statement on the final day of the summit in Germany called on Russia to unblock the Black Sea and end what it called a “geopolitical motivated attack on global food security”.

The G7 leaders said Russia’s war in Ukraine was “dramatically aggravating” the food crisis, which is in danger of throwing more than 320 million people into hunger.

There is also mounting evidence that Russian forces in occupied areas of Ukraine have been systematically stealing grain and other produce from local farmers.

According to the BBC, Russia is moving the stolen grain to Crimea where they transport it to Kerch or Sevastopol [ports], then they load Ukrainian grain on Russian ships and go to the Kerch Strait.

There, in the Kerch Strait [between Crimea and Russia], they transfer Ukrainian grain from small ships on to bulk carriers, where it is mixed with grain from Russia – or in some cases, they sail to this area just to give the appearance they are loading up with Russian grain.