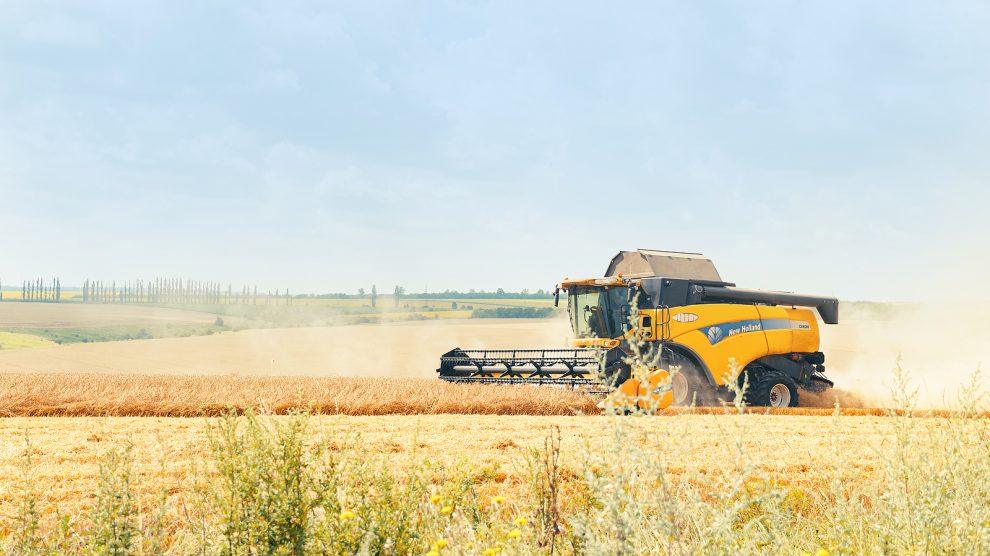 The Ukrainian government has raised its forecast for this year’s harvests of grain and oilseeds crops. A meeting on Wednesday, chaired by Prime Minister Denys Shmyhal, was told this year’s harvest is expected to be larger than was initially predicted — 65 to 67 million metric tons instead of the 60 million metric tons previously forecast. Shymal said that “despite all the troubles, the harvest continues.”

The first grain ship to leave a Ukrainian port in wartime passed through the Bosphorus Strait on Wednesday en route to Lebanon for a delivery that foreign powers hope will be the first of many to help ease a global food crisis. The ship, the Razoni, left Odesa early on Monday carrying 26,527 tonnes of corn. Reaching pre-war levels of exports could take months, however, according to Ukraine’s infrastructure minister. In an interview with the Financial Times, Oleksander Kubrakov said he expected no more than five vessels to leave in the next two weeks from Odesa, Chornomorsk and Pivdennyi.

Ukrainian President Volodymyr Zelensky has condemned Gerhard Schröder after the former German chancellor visited Moscow and claimed Russia wanted a “negotiated solution” to the war. “It is simply disgusting when former leaders of major states with European values work for Russia, which is at war against these values,” said Zelensky on Wednesday.

Zelensky this week described the situation in the Donbas in eastern Ukraine as hellish. Kyiv ordered the mandatory evacuation of Donetsk, a part of the Donbas, last weekend amid severe fighting. According to the Ukrainian military, Russian forces have maintained their offensive in the region, but Ukraine largely been able to repel the advance.

In the south of Ukraine, the Russian Army appears to be massing forces for an attack along the same southern battlefront where Kyiv’s troops are planning one, the Ukrainian military warned on Wednesday. The warning, by the Operational Southern Command, raised the prospect of a more pitched, seesaw battle in southern Ukraine than had been expected in the Ukrainian counteroffensive, which has been pushing toward the Russian-occupied city of Kherson.

The war in Ukraine is the most dangerous moment for Europe since World War II, and Russia must not be allowed to win, NATO Secretary-General Jens Stoltenberg said on Thursday. To prevent Moscow from succeeding, NATO and its member countries may have to continue to support Ukraine with arms and other assistance for a long time to come, he said. “It’s in our interest that this type of aggressive policy does not succeed,” the former prime minister of Norway said in a speech in his native country.

An additional 6.6 million people meanwhile have been internally displaced in Ukraine because of the hostilities, the International Organisation for Migration said on Wednesday.

The aid agency World Vision warned this week that unless countries currently hosting Ukrainian refugees change their approaches to how they integrate and support them, tensions may quickly degenerate into increased levels of deprivation, xenophobia, and violence.

World Vision’s report, Warm Welcomes, Lurking Tensions: Important Lessons from the Global South for Countries Hosting Refugees from Ukraine, explains that communities hosting refugees can feel sidelined in aid responses by NGOs and local authorities if these are perceived to prioritise refugees for aid, work, accommodation, and services.

NATO-led peacekeepers backed by helicopters on Monday oversaw the removal of roadblocks protesters had set up in Kosovo, where political tensions have flared more than two decades since a NATO campaign of airstrikes drove out Serbian forces. Kosovo police said the removal of the barricades in the north of the country allowed two border crossings with Serbia to be reopened. The removal of the barricades came after the Kosovo government postponed the implementation of a decision that would oblige ethnic Serbs, who are a majority in the north, to apply for documents and car licence plates issued by Kosovan institutions.

Azerbaijan said its forces had crushed an Armenian attack near the disputed enclave of Nagorno-Karabakh on Wednesday, prompting international calls for an end to fighting in a region that has been a flashpoint for 30 years. Nagorno-Karabakh broke away from Azerbaijan with Armenian support after a bloody post-Soviet ethnic conflict in the early 1990s. In 2020, Azerbaijan successfully won back part of the territory controlled by the separatists.

Bulgarian President Rumen Radev on Monday appointed a caretaker government ahead of another round of parliamentary elections in early October in a bid to stave off the country’s political and economic crisis. The move comes after the three largest political groups failed to find common ground for a viable coalition to settle the country’s latest political impasse. The collapse of a reformist coalition in June helped pave the way toward a new election – the fourth since April 2021 – which analysts expect will bring a stronger presence of nationalist and pro-Russia groups into a fragmented parliament.

A Bulgarian arms dealer who survived an apparent novichok poisoning in 2015 said he was “100 per cent sure” that Russian operatives were behind an explosion and subsequent fire at one of his depots in the country on Sunday. “There is no way this could be an accident, there was nothing in the building that could have detonated without outside interference,” Emilian Gebrev said. The explosion hit a warehouse near the Bulgarian town of Karnobat in the early hours of Sunday morning.

A court in Belarus on Wednesday sentenced yet another independent journalist to a lengthy prison term, part of a continued government crackdown on opposition activists, critical media outlets and independent reporters. Iryna Slaunikava, 52-year-old journalist with the Poland-based TV channel Belsat, was convicted of forming an extremist organization and participating in protests and sentenced to five years in prison.

Estonia’s top diplomat on Thursday called for a European Union-wide ban on travel visas for Russian citizens, saying the bloc should further isolate the country as President Vladimir Putin pushes ahead with his invasion of Ukraine. Foreign Minister Urmas Reinsalu, on a three-day diplomatic trip to Ukraine, said the measure should be added to the next round of sanctions targeting the Kremlin.

Tashkent has confirmed plans to sign an agreement on the construction of a railroad linking China with Uzbekistan via Kyrgyzstan, which has been on the table for a quarter of a century. The Uzbek government views the line as part of a grand scheme to improve transport and trade links westward from Central Asia to Turkey and onward to Europe, on a route that bypasses Russia. Acting Foreign Minister Vladimir Norov also threw Tashkent’s weight behind a major infrastructure project in the Caucasus that is strongly backed by Turkey and Azerbaijan.

Poles on Monday marked the 78th anniversary of the Warsaw Uprising, a doomed 1944 revolt against Nazi German forces, with some including the president comparing the wartime Polish resistance to that of Ukrainians today fighting Russia’s invasion. People in Warsaw observed a minute of silence as a siren wailed at 5pm to honour those who fought and died in the 1944 struggle that lasted 63 days and ended tragically for the Poles. That was the hour when the uprising began on August 1, 1944, after five years of brutal Nazi occupation.

Montenegro’s government faces a vote of no-confidence after it signed an agreement that regulates its relations with the powerful Serbian Orthodox Church despite criticism from the pro-European political forces, arguing that the deal would help heal deep internal divisions. Prime Minister Dritan Abazović and the Serbian Orthodox Church Patriarch Porfirije signed the so-called Basic Agreement on Wednesday without the presence of media and with no prior announcement, at Villa Gorica, a government building that was cordoned off by security forces as dozens of protesters gathered nearby.