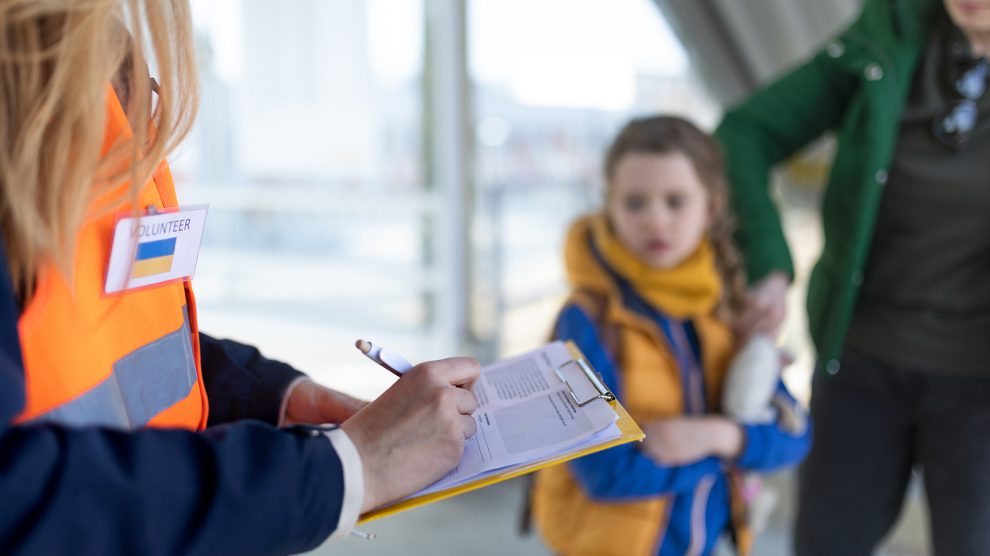 Countries currently hosting Ukrainian refugees can learn from best practice in long-term refugee projects in the global south, where countries like Uganda are noted as having one of the most progressive approaches to refugee hosting programmes.

The international aid agency World Vision has warned that unless countries currently hosting Ukrainian refugees change their approaches to how they integrate and support them, tensions may quickly degenerate into increased levels of deprivation, xenophobia, and violence.

The warning comes as the number of Ukrainians crossing the country’s borders surpassed 10 million for the first time since Russia invaded the country on February 24, according to the United Nations Refugee Agency.

The UN’s latest tally, published on August 2, shows that a total of 10,107,957 border crossings from Ukraine have been recorded since the invasion began. More than four million people meanwhile are believed to have crossed the border into Ukraine.

World Vision’s report, titled Warm Welcomes, Lurking Tensions: Important Lessons from the Global South for Countries Hosting Refugees from Ukraine, explains that communities hosting refugees can feel sidelined in aid responses by NGOs and local authorities if these are perceived to prioritise refugees for aid, work, accommodation, and services.

The agency’s research shows that this has a damaging effect on the attitudes of host communities, which generally are initially welcoming to refugees, but can quickly degenerate unless certain conditions are met. A rise in tensions can lead to increased dangers of children facing verbal and physical abuse.

World Vision argues that Ukraine’s humanitarian crisis is not unique, and that the reception refugees from the context experience will not always be hospitable, and that dynamics are following a pattern seen in places like Lebanon and Bangladesh where tensions between refugees and host communities are currently at their most hostile.

The report highlights several emerging sources of tension, including economic competition over humanitarian resources, lack of access to common and basic services like education and health care, disinformation and misinformation from mass media and social media, the host community’s lack of confidence in public institutions, especially in countries with economic and social challenges like Moldova and Romania.

Other sources of tension highlighted include ethnic and cultural differences that intensify the lack of social affinity, the increased burden on women who are now the heads of their households, competition around work to ensure financial resources, and unfairness, or perceived unfairness, around access to support provided.

Empathy and generosity can erode over time

World Vision’s Charles Lawley, the report’s author, says: “At the beginning of a humanitarian crisis, host communities almost always initially respond with empathy, generosity and willingness to help. Whilst it is true that this tends to erode over time, our research shows that it doesn’t have to, if the response is handled in the right way.”

The report advises countries currently hosting Ukrainian refugees to learn from best practice in long-term refugee projects in the global south, where countries like Uganda are noted as having one of the most progressive approaches to refugee hosting programmes.

This approach sees improved infrastructure that benefits all; ensures interaction between host and refugee communities; supports local trade to strengthen economic resilience for all and combats false narratives by creating communication campaigns on co-existence, human rights, and education about refugees.

“When host countries are not proactive in supporting host and refugee communities and ensuring they integrate it can lead to increased poverty, xenophobia, and even violence. Social tensions have previously led to clashes between refugee and host communities in Lebanon, Chile, Kenya, and Bangladesh,” adds Lawley.

“Similar tensions, fuelled by an increase in anti-refugee disinformation, are actually at risk of forming in countries responding to the Ukraine crisis. Action must be taken now to avoid further deterioration leading to clashes in the future, especially for the sake of children who often experience violence and discrimination when divisions are allowed to grow.”

The World Vision report states that if refugees in places like Poland, Moldova and Romania, like refugees in Uganda, are immediately able to settle, take up employment, access public benefits such as health care and education, and can start their own businesses, then it has significant positive impact on social cohesion, such as through registration of refugees and the implementation of the Temporary Protection Directive in European Union.

However, these enabling factors need to be facilitated by government policies and humanitarian actors.

“The distress of sudden displacement that millions of Ukrainian refugees have experienced should not be compounded by facing hostility from the communities accommodating them. The international community and relevant decision makers must heed this warning, and prioritise social cohesion now. Ukrainian children have suffered enough and we all have a moral responsibility to ensure that they are allowed to experience long term peace and happiness in the country they have fled to.”