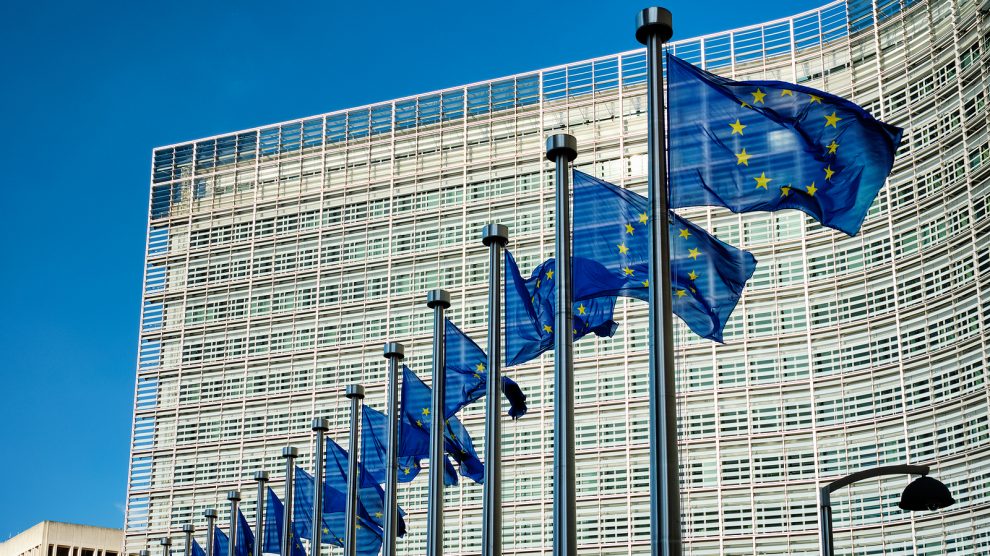 There may not be a way to fast-track Ukraine’s EU membership, but its formal application is a firm statement of intent.

Zelensky asked the EU to allow Ukraine to gain membership immediately under a special procedure as it defends itself from invasion by Russia.

Ukrainian Prime Minister Denys Shmyhal added in a tweet that it was time to put the accession demand “down on paper”.

”We have long proved that we are all an integral part of the European community,” he said.

The idea of fast-track EU membership for Ukraine was first mooted last week by Poland, Andrzej Duda, which followed an appeal from Zelensky for Ukraine’s potential membership of the bloc to be “decided once and for all”.

“Poland supports an express path for Ukraine’s membership of the EU,” Duda said. “Candidate status should be granted immediately and accession negotiations initiated at once after that. Ukraine should also have access to EU funds for reconstruction.”

‘Ukraine’s place is in the EU’

The EU itself has yet to react to the formal application, but Ursula von der Leyen, the president of the European Commission, said on February 27 in an interview with Euronews that Ukraine’s place is in the EU.

“We have a process with Ukraine that is integrating Ukraine into the single market,” she said. “We also have very close cooperation on the energy grid. So many topics where we work very closely together and indeed over time, they belong to us. They are one of us and we want them in.”

Fast-track membership is likely to be met with opposition from several members, however, notably Hungary which broke with the rest of the bloc on February 28 by stating that it would not allow the transit of weapons to Ukraine across its territory, citing security concerns.

Current candidate countries, such as Albania, North Macedonia, and Serbia, would also likely be angry at seeing themselves leapfrogged by Ukraine.

Nevertheless, the application has been warmly welcomed by some senior figures in Brussels.

Charles Michel, president of the European Council, said that there were “several different opinions” on enlarging the bloc, while Romanian MEP and vice-president of the centre-right European People’s party (EPP) Siegfried Mureșan said: “we need to give Ukraine a clear perspective on joining the European Union”.

“Our response to Ukraine’s application for membership must be ‘Yes, let’s start work’. The people of Ukraine have proven that they defend European values. Ukraine is truly a European country,” added Mureșan.

The European Parliament meanwhile, with the support of all mainstream political groups, is set to urge the EU to push towards granting candidate status to Ukraine.

A symbolic motion will be voted on by MEPs on March 1 as part of an emergency Brussels session of the parliament, focusing on the Russian invasion of Ukraine.

In 2014, Ukraine signed an Association Agreement with the EU, in which the two sides agreed to align their economies in areas such as workers’ rights, and deepen political ties. Ukraine is also part of the bloc’s Eastern Partnership and European Neighbourhood Policy.

Full membership may have to wait: Croatia was the last country to join, in 2013: its accession process took 10 years. Regardless, the application should be seen as a firm statement of Ukraine’s intent.