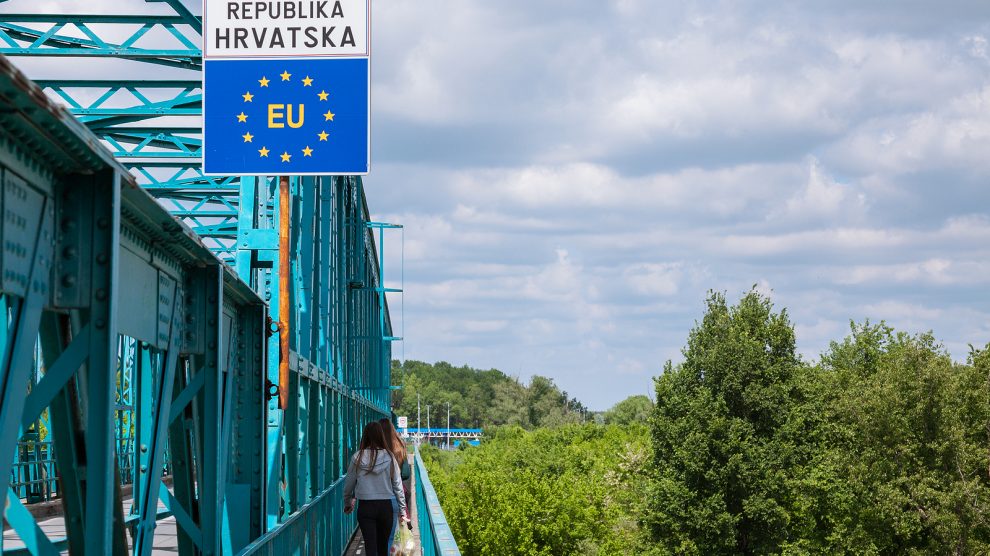 An increase in irregular migration from several Western Balkans and Eastern Partnership countries is unlikely to see the region lose its right to visa-free travel to the EU, for now.

A document has been circulating in recent weeks in which European Union member states express concern over abuses of the visa-free travel agreement between the EU and several countries in the Western Balkans and Eastern Europe.

Brussels-based EU Observer, which has seen the document, has reported that Germany, Italy and France have all become frustrated with the number of “abuses” of the visa-free regime, from residents of Albania, Georgia, Moldova, and Ukraine.

The EU granted visa-free travel to nationals of Montenegro, Serbia and North Macedonia in December 2009, for Albania and Bosnia and Herzegovina at the end 2010, for Moldova in April 2014, for Georgia in March 2017 and for Ukraine in June 2017.

In the case of Georgia, the document outlines a more than 50 per cent increase in asylum claims in the past three months when compared to the same period of 2019, while Moldova saw a 429 per cent uptick during June to August this year compared to 2019.

“The most common abuses cited are unlawful residency and speculative asylum claims,” explains Zef Preci, executive director of the Albanian Centre for Economic Research. “This situation seems to be mostly linked with an increase in poverty and the impact of Covid-19.”

Preci also points to the slowdown of Albania’s EU integration process as a cause.

For countries deemed to be abusing the system, the European Commission can suspend visa-free travel. Substantial increases (defined as over 50 per cent) in irregular entry, stays, the number of people refused entry at EU borders as well as increases in the number of asylum claimants are the main criteria that can trigger the suspension mechanism.

Back in August, as part of a report looking at the visa-free regime with Western Balkans and Eastern Partnership countries, the European Commission judged that it “continues to bring positive economic, social and cultural benefits to EU Member States and partner countries”.

It adds that while the visa suspension mechanism has not resulted in the suspension of any visa exemption, its existence has prompted important reforms in visa-free non-EU countries when it comes to migration management, security, rule of law and human rights.

However, the report also warned that all eight countries need to continue to take further measures to combat irregular migration.

As to why irregular migration happens in the first place, Iulian Groza, the executive director of the Moldovan Institute for European Policies and Reforms, says that it’s hard to find accurate explanations.

“But it is definitely a regional trend, it’s not linked to one particular country,” he tells Emerging Europe.

He adds that irregular migration seems to come in waves.

“One or two years ago there was a jump in the numbers, then there was a decrease,” he says.

The vast majority of asylum claims from nationals of the Western Balkans and Eastern Partnership countries are not accepted.

“Moldova is a safe country, there are no or limited reasons for accepting an asylum claim. We understand that 99 per cent of applications are rejected,” Groza adds.

Given that this is not the first time the EU has expressed concern over irregular immigration, is there a danger that the citizens of the Western Balkans and Eastern Partnership countries could be stripped of their right to visa-free travel?

So far, the Netherlands is the only member state to have asked for suspension of the visa-free agreement: in 2019 it wanted to strip Albanians of the privilege. The European Commission refused.

But new calls for suspension are not likely at this time, according to analysts.

“The short answer is that it is highly unlikely that such a measure will be on the table at the European Commission,” says Groza.

“Considering the current EU accession status of the Western Balkans countries, especially the fact that EU accession is de facto suspended for Albania — I don’t think there is an immediate danger of the EU withdrawing the right to visa-free travel,” he says.

But Preci does note that currently, the policies of the Albanian government are not focused on the issues that could discourage irregular migration.

“The best way to discourage illegal migration remain the fostering of economic growth and development, improving the business climate, and increasing foreign direct investment,” he concludes.