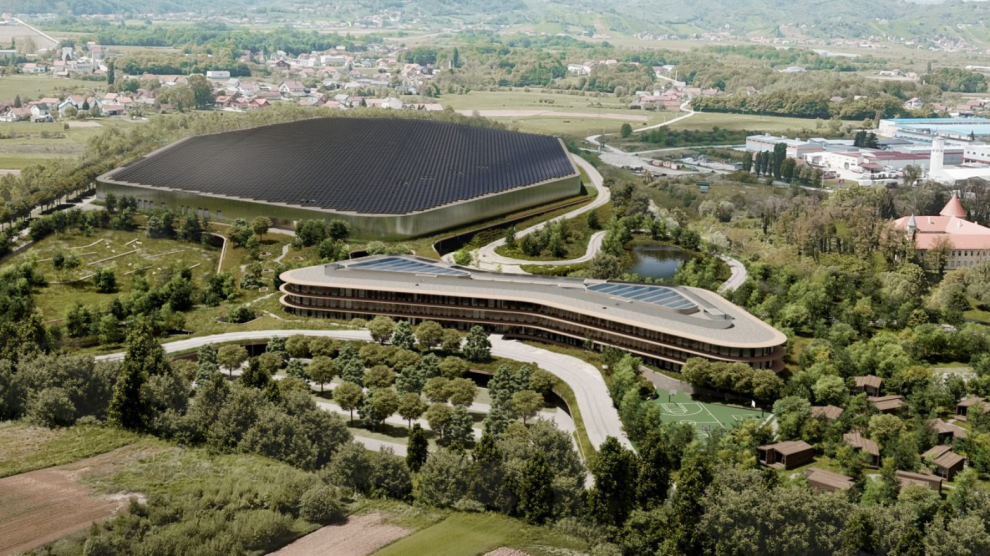 Carmaker Rimac has committed its long-term future to Croatia with a 200 million euros investment in a new, state-of-the-art facility near Zagreb.

Croatian electric hypercar manufacturer Rimac Automobili has unveiled designs for a new, state-of-the-art facility including an on-site test track and a museum.

Born out of founder Mate Rimac’s vision to create the world’s most powerful electric sports cars and electrified performance components, Rimac has over the past decade grown from one man in a garage to a global technology powerhouse.

Now, it’s one of the automotive industry’s undoubted rising stars, especially as the world transitions to an increasingly electric future, and is looking to bring together all of its people and functions in one place.

The new facility, designed by Croatian architectural practice 3LHD, will serve as Rimac’s international research and development and production base and enable the company to ramp up from prototype and smaller volume projects to high-volume production of its performance electric drivetrain and battery systems, which it supplied to car companies across the globe.

The new site will be located close to Rimac’s current home in Sveta Nedelja, west of Zagreb, and is expected to be completed by 2023.

“Just 10 years ago this company was only me in a garage, working on electric performance vehicles and components,” says Rimac.

“Since then, we have grown to around 1,000 employees, formed strategic partnerships with Porsche, Hyundai Motor Group and others, and are working with the biggest names in the automotive industry. But, one thing that we have always committed to is developing our business within Croatia; we’re proud to be here and with this new location, it will be our long-term home.”

Rimac is best known for its fully-electric Concept One hypercar, released in 2013. Only 15 were made, selling for 1.2 million euros. The Concept Two, set to boast almost nearly 2,000 horsepower, is now in its final phase of development. The firm – which Rimac claims is profitable – also makes electric powertrains for supercars built by Aston Martin and Koenigsegg, among others.

“We have now reached a point where we need to build our long-term home in Croatia, and that’s exactly what the Rimac campus is,” he adds.

“Having outgrown our existing facilities, we’re now creating a space that best reflects our brand and our ambitions, working with world-leading architects to build a campus that sits comfortably within the natural beauty of Croatia while also bringing every aspect of Rimac into one place.

“The top priority of the project was to create the best possible working environment for our employees and to allow visitors and the public to enjoy the space and mix with Rimac employees. The campus is our springboard to the growth plans we have over the next decade and beyond, strengthening us as niche hypercar maker, a leading tier one supplier of electric performance technology to the world’s largest automotive manufacturers and an early mover in the worlds of autonomy and mobility.”