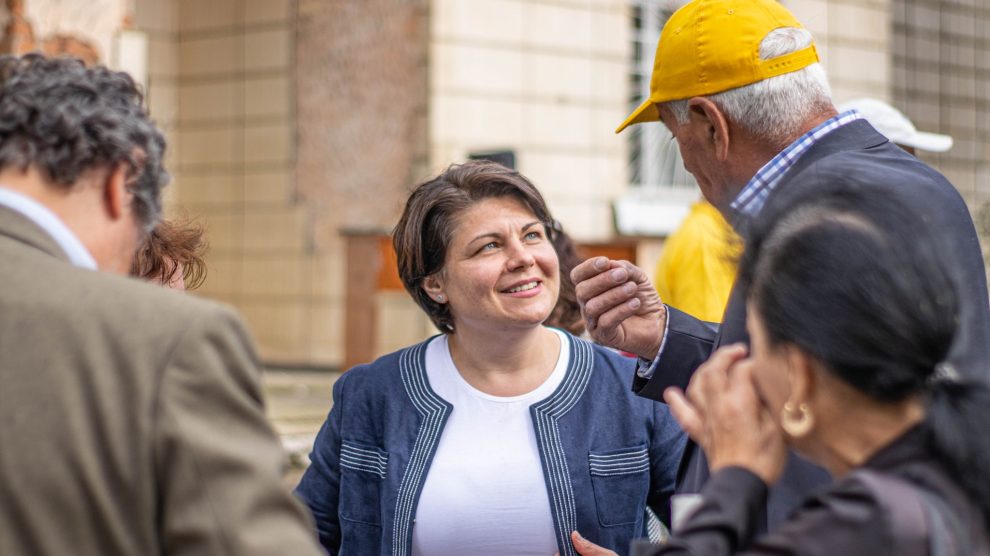 Steadying a shaky financial ship is the immediate priority for Moldova’s new government, but long term the fight against corruption will be the measure of Natalia Gavrilița’s cabinet.

Moldova’s future is female, it would appear, following the nomination last week of Natalia Gavrilița, an economist with an impressive CV, as the country’s next prime minister.

Like Moldova’s president, Maia Sandu, Gavrilița is a Harvard graduate and previously served as minister of finance in Sandu’s short-lived government of 2019.

Most recently she was the director general of the Global Innovation Fund, a non-profit, impact-first investment fund headquartered in London.

Sandu – elected last year – had long made it clear that Gavriliță was her first choice for PM, twice nominating her for the role in the spring.

Moldova’s then parliament however, dominated by a shaky coalition of two parties, the Moldovan Socialist party (PSRM) of former president Igor Dodon, and the Democratic party, formerly led by the oligarch Vlad Plahotniuc who is currently fighting extradition to Moldova from the US on corruption charges, blocked her appointment.

A parliamentary election last month – brought about by Sandu’s stubborn determination to make it happen, against all the odds – changed Moldova’s political landscape, however.

Sandu’s Action and Solidarity party – better known by its Romanian acronym of PAS, meaning step – took well over 50 per cent of the vote, more than double the share of the Communists and Socialists, led by two former presidents, Vladimir Voronin and Dodon, who ran on a joint ticket.

Just one other party, Șor, led by Ilan Șor, a disgraced businessman sentenced to seven years in prison for his role in a major banking fraud and currently thought to be living in Israel, received enough votes to pass the five per cent parliamentary threshold.

PAS now has 63 seats in Moldova’s 101-seat parliament, which should mean that Gavriliță will have few problems in seeing her executive confirmed as the country’s new government later this week.

According to Sorin Ioniță, an expert in public administration reform and development at Expert Forum (EFOR), a Bucharest-based think tank, two subjects will dominate the agenda of Gavriliță’s government: finance and justice.

Gavriliță confirmed as much in a televised interview on August 3, saying that one of her first tasks as PM would be be to increase the country’s minimum pension to 2,000 lei (just over 94 euros) from October 1.

“We need to make sure that people see an immediate improvement in their standard of living, that they see we are politicians who do not just promise, but actually deliver,” she said.

“It’s a disgrace that there are people in this country who worked their whole lives but receive a pension of just 800 lei. We have a moral obligation to increase those pensions.”

To pay for the increase, Moldova is poised to receive 236 million US dollars from the International Monetary Fund (IMF) – money which Gavriliță says is “unconditional” – which will help balance a current account deficit that stood at 6.7 per cent at the end of 2020, a year in which the country’s economy shrunk by seven per cent.

According to the European Bank for Reconstruction and Development (EBRD), Moldova’s economy is set to grow by four per cent this year, on the back of growing export demand and revived household consumption.

There has also been a sharp increase in remittances from the large Moldovan diaspora: 39.1 per cent year-on-year in the first four months of this year, says the EBRD.

Moldova is also set to receive an “unprecedented” 600 million euros economic recovery package from the European Union over the next three years.

The EU money, which will come in the form of loans, grants and investments, is intended to promote economic growth and to focus on areas such as digital technology, infrastructure, and education.

The fight against corruption

Reforming Moldova’s judicial system is likely to be a far longer-term project, however.

The World Bank last year described as corruption in the country as “systemic”, while the country was ranked 115th out of 180 countries in Transparency International’s 2020 Corruption Perception Index.

In its most recent report the Council of Europe’s anti-corruption body GRECO said that Moldova had made “little progress” in implementing reforms to improve the prevention of corruption.

Sorin Ioniță tells Emerging Europe that this is where the Moldovan public’s expectations are highest.

“PAS’s election campaign was centered on corruption, with promises to decouple the state from the mafia. But you can’t do this without a functioning judiciary.”

“The chief prosecutor is currently just two years into a seven-year fixed-term mandate, and neither the president nor the government has the power to replace him,” he says. “Reform will have to be carried out informally.”

“So while the financial package will be decisive in short term, it is the judiciary that will be the long term test. What the government must at the very least do is give people the idea that things are moving in the right direction.”

Ioniță is in no doubt however that Gavriliță – in tandem with Sandu – is the right person for the job.

“They are a team,” he says. “A team that has been together for almost a decade. They are different, but work well together. Gavriliță is low key, a little shy, and normally this would worry me. But this is very much Sandu’s government. Everyone will associate this cabinet with Sandu.”