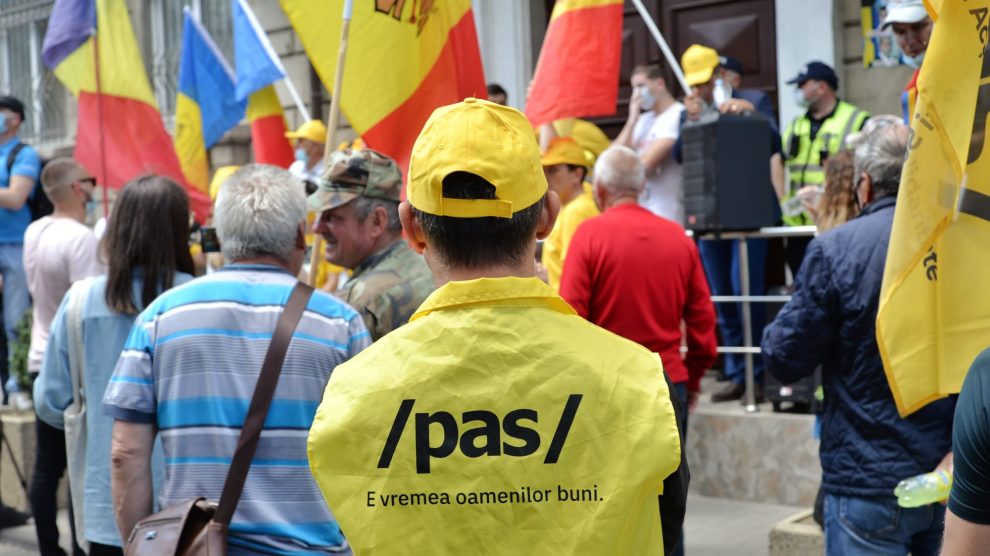 A landslide victory for a pro-European, anti-corruption party in Moldova’s parliamentary election signals a fresh start for the troubled country.

Moldova’s Action and Solidarity party is better known by its Romanian acronym of PAS, the Romanian word for step, and on July 11, Moldova’s voters took an unprecedented and – it would appear – definitive step towards Europe, turning their backs on Russia once and for all.

In a parliamentary election, PAS – backed by the country’s combative president Maia Sandu – took well over 50 per cent of the vote, more than double the share of the Communists and Socialists, led by two former presidents, Vladimir Voronin and Igor Dodon, who ran on a joint ticket.

Just one other party, Șor, led by Ilan Șor, a disgraced businessman sentenced to seven years in prison for his role in a major banking fraud and thought to be living in Israel, received enough votes to pass the five per cent parliamentary threshold.

The make up of Moldova’s new parliament will offer Sandu a comfortable majority: PAS is likely to have 63 seats in the 101-seat chamber.

While most opinion polls in the weeks leading up to the election pointed to a clear victory for PAS, few, including Sandu herself, expected the win to be quite so big.

The number of votes cast for PAS suggests that the party was supported by sectors of Moldovan society which had hitherto voted for parties which advocate closer ties with Russia, primarily the Communists and Socialists.

It also appears to have taken the vote of Romanian unionists who want to see Moldova become part of Romania.

PAS, an openly pro-European party, will now seek a much closer relationship with the European Union, but its first task will be tackle corruption in what remains Europe’s poorest country. Its campaign was dominated by promises to stamp out corruption that the World Bank last year described as “systemic”.

The country was ranked 115th out of 180 countries in Transparency International’s 2020 Corruption Perception Index, while in its most recent report the Council of Europe’s anti-corruption body GRECO said that Moldova had made “little progress” in implementing reforms to improve the prevention of corruption.

‘This is what Moldovans deserve’

Sandu, who ever since she was elected president November last year has made little secret of her desire to radically reform Moldova, is well aware of the job that lies ahead.

“Today marks the end of a difficult period for Moldova,” she said, shortly after polls closed.

“Today marks the end of a time when thieves ruled this country. The challenges are huge, and people will want results. They will want to see the benefits that an honest parliament and a government which actually works in their interests.”

“I want to work with a competent government whose integrity is unquestionable: it is what Moldovans deserve.”

Dionis Cenusa, an analyst at the Chișinău-based think tank Expert Group, told The Associated Press that a parliamentary majority for PAS means “critical anti-corruption (efforts) can be implemented without resistance from parliament or the executive.”

“This will also mean that dialogue with the EU and other Western partners will increase their assistance for the internal reforms in the country,” he said.