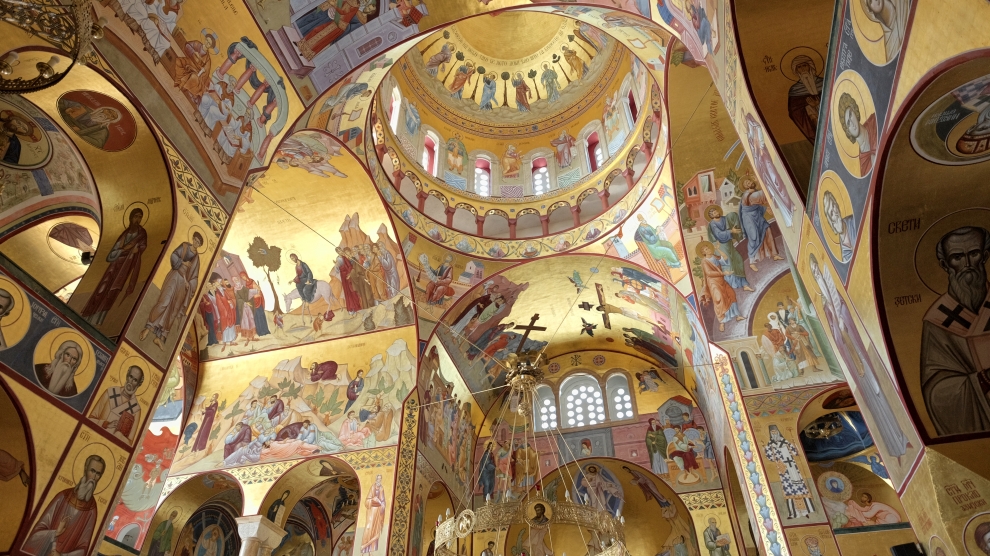 Months after Montenegro passed a controversial freedom of religion law, protests against the bill continue and a row between Serbia and Montenegro shows no signs of abating.

The law was first proposed in 2015 but was quickly withdrawn following criticism from the Venice Commission.

In May 2019, the Montenegrin government submitted a new version of the law which was this time praised by the Commission, but which did however recommend that religious communities be consulted before the law was passed.

The most controversial provision of the law is that any property held by a religious community will be nationalised if there is no record of ownership prior to 1918, the year when Montenegro joined the Kingdom of Serbs, Croats, and Slovenes (later to be known as the Kingdom of Yugoslavia).

This provision immediately came under fire from the representatives of the Serbian Orthodox Church, as well as the Serbian state.

However, last December, the law was passed unchanged.

During parliamentary deliberations, MPs from the opposition Democratic Front attempted to stop the law passing by throwing bottles at members of the ruling party and cutting off their microphones. This ended with the MPs being removed by the police.

Protests in Serbia and Montenegro against the law began immediately and continue to this day. These protests mainly take the form of religious processions, known in Serbian as litije and molebani (litany and prayer, respectively).

Organised primarily by the Montenegrin branch of the Serbian Orthodox Church, these peaceful protests have at times drawn up to 60,000 people.

Over time, the protests have spread beyond the Montenegrin capital Podgorica to various other cities in the country including Bar, Budva, Risan and Berane.

“We are all held by one religion, Jesus who gives us strength. You are all an example and an inspiration, just continue. We are here to defend the holy sites,” Archbishop Sava Janjić told crowds Podgorica last Sunday, during the latest protest.

“This unfortunate law is contentious because some want to turn the holy sites which have for centuries been the spiritual sanctuary and comfort to our people in Montenegro into government property in which the church can only use as a tenant,” he added.

Meanwhile, protests have also taken place in the Republika Srpska in Bosnia and Herzegovina. One protest held in East Sarajevo has made some regional analysts take a dim view, suggesting that they go beyond the defence of holy sites.

Momčilo Radulović, an analyst with the European Movement of Montenegro, is one of those.

“They are the latest attempt at maintaining the social and political mechanisms of the Greater Serbia ideology in Montenegro and the region,” he told Al Jazeera.

According to historian Husnija Kamberović, the objective of the protests is to symbolically tear down state borders.

“If that is situated in a broader political context, then it’s clear that the official policy the Republic of Serbia is behind it all,” he remarked.

Members of civil society in Serbia have also expressed concern about what they see as attempts to destabilise Montenegro.

“If the new attempt at destabilising Montenegro succeeds, its direct consequences will be armed conflict, loss of life, and material destruction,” the letter warns.

Meanwhile, the crisis continues to deepen, with the Montenegro tax authorities now accusing the Montenegro branch of the Serbian Orthodox Church of having tax debts and announcing an audit of its accounts.

With no clear resolution on the horizon, the row looks likely to continue for the foreseeable future.

Montenegro’s own Orthodox church – which split from the Serbian church in 1993 – is not currently canonically recognised by other Orthodox Christian churches. Since January 2019, when the Ukrainian Orthodox Church was granted independence from the Russian Orthodox Church by the Ecumenical Patriarchate of Constantinople, calls for its recognition have been more vociferous.

The Serbian Orthodox Church is one of those which continues to refuse to recognise the Ukrainian church.