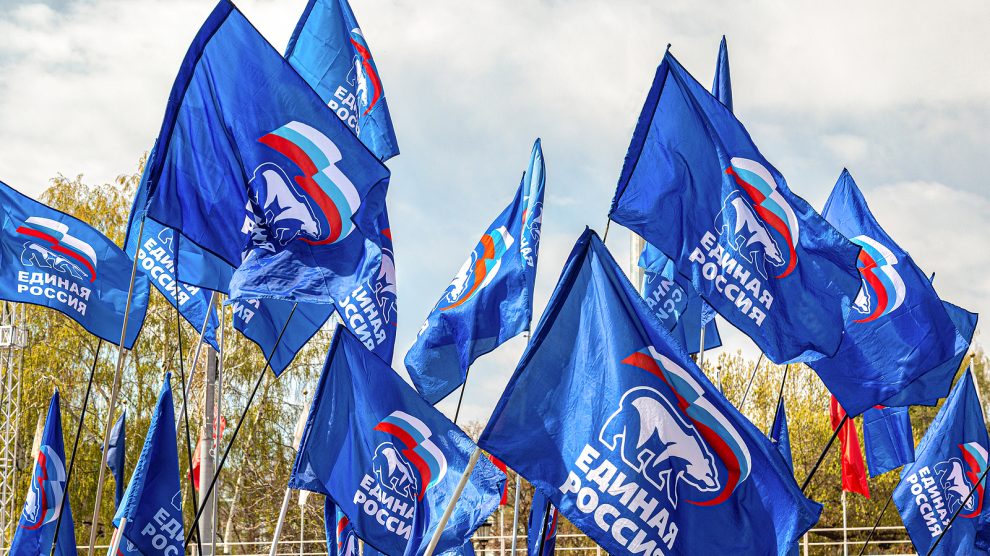 Handing out passports to Russians living in the occupied territories of Ukraine, Georgia and Moldova offers the Kremlin a convenient excuse to exert further pressure on its neighbours.

Over three days in September, the Russian Federation held a nationwide ballot to elect 450 members of the Duma, the lower house of the country’s parliament.

Outside of Russia, hundreds of thousands of votes were also cast, in the Ukrainian regions of Crimea, Donetsk and Luhansk, Abkhazia and South Ossetia in Georgia, and Transnistria in Moldova.

None of the six territories are part of Russia, but the country occupies them – in one way or another – with little care for international law, and has long pursued a policy of issuing Russian passports to their citizens: a policy known as passportisation.

As with any Russian election, last months vote was marred by claims of fraud and widespread irregularities. Genuine opposition figures were largely kept off the ballot. Even so, the United Russia party which backs President Vladimir Putin, despite winning a majority, took less than 50 per cent of the vote, marking a slight drop in support from the previous election.

A party in need of votes

It could have been a lot worse for United Russia.

The popularity of the party had been in sharp decline since the beginning of this year, mainly due to a struggling economy, a fall in living standards, and a crackdown on key opposition figures such as Alexei Navalny.

In the spring, support for United Russia stood at just 27 per cent, an eight-year low, according to the results of an independent poll carried out by Levada (Yuri Levada Analytical Centre), a Russian non-governmental research organisation.

In desperate need of votes, Russia’s authorities looked to the occupied territories.

United Russia’s campaign was particularly intensive in the Donetsk and Luhansk regions of eastern Ukraine, where candidates offered voters the prospect of “recognition” and integration with Russia.

Russia’s Communist party and a broadly pro-Kremlin coalition made up of the Just Russia and Patriots for Truth parties were also allowed to campaign in the region.

According to the Ukraine Crisis Media Centre, some residents of Donetsk and Luhansk were even forced to vote, while a heavy military presence ensured people voted for the “right” party.

According to Pavel Havlíček, a research fellow at the Association for International Affairs, a Prague-based think tank, by holding elections in the occupied territories Russia tried to once again “exercise pressure and undermine the sovereignty of these states, a long-term goal of Russian foreign policy”.

“[The holding of elections] worsens the situation [in the occupied territories] and makes it more complicated to resolve,” Havlíček tells Emerging Europe.

The election in the occupied territories was conducted without the consent of Ukraine, Georgia, and Moldova, albeit with the cooperation of local, de facto, authorities.

All three countries condemned the election. In a statement, the Georgian Ministry of Foreign Affairs called the election “another destructive step against Georgia’s sovereignty and territorial integrity that grossly violates the fundamental norms of international law”.

Despite undoubted pressure from both Moscow and local authorities, turnout in the occupied territories was relatively low, and the votes likely made little impact given that more than 110 million people voted in the election.

In Abkhazia and South Ossetia, a total of 24,000 ballots were cast, while around 59,000 people voted in Transnistria. The most eager (or the most under duress) voters were in eastern Ukraine, where more than 150,000 people went to the polling stations.

Nevertheless, it is worth noting that voters in the occupied territories were allocated to electoral districts within Russia itself, which has been seen as another step towards the de facto integration of the occupied regions – and their residents – into Russia’s political system.

Since then, around 85 per cent of residents in the occupied territories of Georgia, Ukraine and Moldova have been illegally handed Russian passports.

The policy was renewed in April 2019, when Putin signed a decree easing the path to Russian citizenship for Ukrainian nationals in Donetsk and Luhansk. In May 2021, the Russian government said that it had issued over half a million passports to Ukrainians as a result of the 2019 decree.

Russian officials reportedly plan to distribute one million passports by the end of 2021.

Havlíček believes that passportisation is key to undermining the sovereignty of Georgia, Ukraine and Moldova.

“[Passportisation] also creates a new reality on the ground which might be used whenever necessary and is helpful for promoting the revisionist agenda of Russia in the neighbourhood, as we saw in Georgia back in 2008,” he says.

When Russian tanks entered South Ossetia in August 2008, it did so on the pretext of coming to the aid of its citizens — South Ossetians holding Russian passports.

“It is official Russian foreign policy to ‘protect’ its compatriots living abroad. Passportisation is therefore a convenient way of achieving its political goals,” concludes Havlíček.