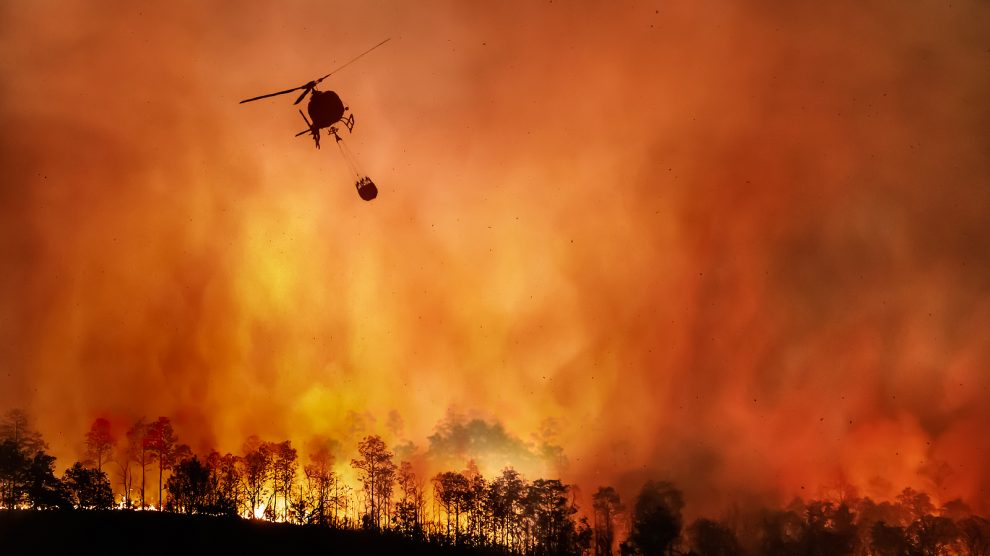 Devastating wildfires have engulfed large swaths of land across the Balkan peninsula, with most countries in the region affected. While multiple Balkan states have offered each other assistance, the natural disaster has also put the spotlight on the persistent hesitancy of some nations to set aside their differences in times of crisis.

Although not given the same level of media coverage as Greece, on of the many countries in the Western Balkans currently battling wildfires on a catastrophic scale is Bosnia and Herzegovina, where fires have been rampant in the Stolac and Neum areas in the south-eastern part of the country.

“We sent two Canadairs [firefighting aircraft] to Bosnia and Herzegovina to help our friends and neighbours who have been fighting fires for several days now. I’m confident that our firefighting planes will help protect the houses and property of the people in that area. Croatia is happy to have top pilots who help when help is most needed,” announced the Croatian Minister of Defence Mario Banožić on August 8.

The eastern region of North Macedonia has also been overwhelmed by the wildfires, especially near the town of Berovo, but also near the town of Prilep in the central part of the country, and the area surrounding Saraj and Petrovec near the capital Skopje.

The country, which aside from Greece and Turkey, has arguably been the most severely affected by the disaster, received assistance from Bulgaria, Montenegro, Romania, Serbia and Slovakia.

“With the help of Austria, Slovenia and Bulgaria and aircraft from Romania, we are keeping the situation under control,” Bekim Maksuti, head of the Macedonia Protection and Rescue Directorate, stated on August 9.

While this might seem like a positive development pointing to congenial relations between the countries in the region, Eric Gordy, professor of political and cultural sociology at the UCL School of Slavonic and East European Studies in London, argues that this is not necessarily the case.

“It is entirely normal for governments to assist one another during times of disaster, and for citizens to show solidarity. The reason some people are surprised by this is that attention is overly concentrated on well-known figures at the top level of governments, who like to stoke and escalate tension in order to distract people from their failures,” Gordy tells Emerging Europe.

However, according to Jessie Barton Hronešová, South East European Studies research fellow at the University of Oxford, mutual assistance on both governmental and person-to-person level is more complex when it comes to the region in question.

“You can also see that the help is targeting ‘one’s own’,” explains Hronešová. “For example, Croatia is now helping Bosnia and Herzegovina in mainly Croat cantons while Serbia previously sent help to the Republika Srpska region of Bosnia during the repeated rounds of floods in 2014. There are some geopolitics involved.”

In the case of the Croatian Ministry of Defence sending two fire-fighting planes to Bosnia and Herzegovina, the assistance was intended specifically for the country’s Tomislavgrad municipality, where ethnic Croats made up 92 per cent of the population in 2013.

“Of course, it is a good sign that they are helping each other. We have seen similar actions being taken before. In some instances, the Balkan countries are working together – such as in North Macedonia where even Bulgaria is helping despite the currently tense relations between the two – this is very effective,” argues Hronešová.

Margarita Dobreva, professor at the Bulgarian Institute of Balkan Studies, agrees with Hronešová’s observations that the current firefighting efforts in the Balkans are not a sure sign of good diplomacy. She further argues that Bulgaria’s assistance to North Macedonia is not a sign of improving neighbourly relations either.

“The fires in North Macedonia are mostly in regions neighbouring Bulgaria and there is a direct threat of the fires spreading further to the east. I think that if these were in Ohrid or Bitola, Bulgaria might not have sent help,” Dobreva tells Emerging Europe.

Slavi Trafinov whose party won an indecisive victory at the most recent parliamentary snap elections in Bulgaria made a post on Facebook reflecting this reasoning.

“It is great that we are helping North Macedonia and that is the right thing to do, but what does this lead to? There are not enough firefighters to deal with the fires at home and park wardens have to deal with the consequences alone,” stated Trifonov.

The need for a joint mechanism

Meanwhile, Albania, which is struggling with fires in the northern part of the country, particularly near Shkodër, has thus far only received help from the European Union Civil Protection Mechanism and Kosovo, while its other neighbours are yet to offer any considerable assistance.

“I think what this has shown is not only how poor disaster relief across the region is – something that many analysts have been warning about since before 2014 – but also that there is actually no joint mechanism to trigger outside the EU,” further argues Hronešová.

“At a wider level, this has also placed the environment into the focus. We can only expect and hope that after the recent Skopje summit we will see more pan-regional cooperation as agreed at that summit,” she states, referring to an energy summit which took place in the Macedonian capital this May.

“The summit made quite a lot of commitments in this direction so hopefully these fires will give regional cooperation an extra impetus,” Hronešová concludes.

A law to ban genocide denial plunges Bosnia and Herzegovina into yet another crisis
Poland and/or Hungary leave the EU? Don’t be silly
Comment