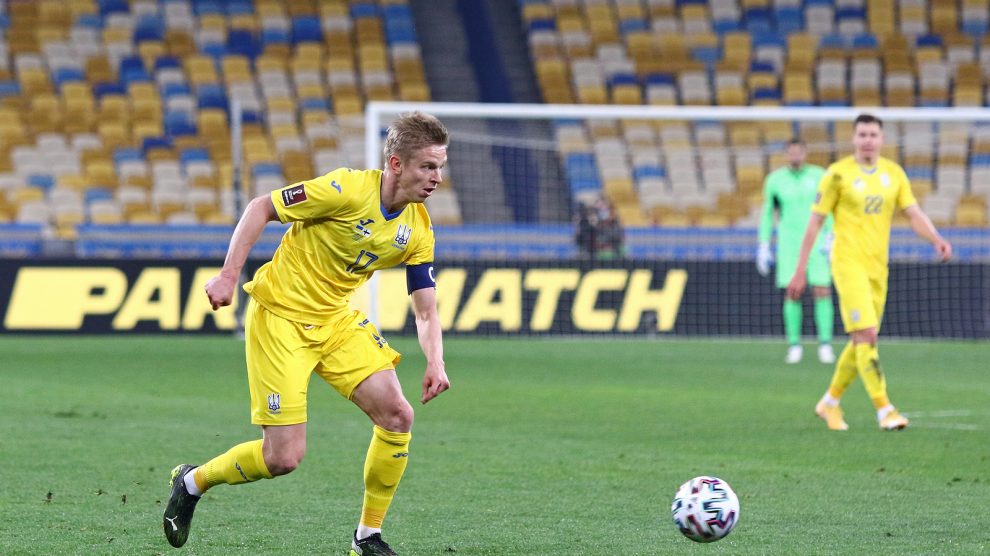 As the Russian invasion of Ukraine approaches its sixth month, the war has been catastrophic. Tens of thousands of Ukrainians have died, and millions have become displaced. The Russians have committed numerous war crimes during their military incursion, and experts predict it will cost hundreds of billions of dollars to rebuild Ukraine. Despite this devastation, the Russian Federation shows no signs of easing up on the invasion.

When the war began, citizens from around the world quickly gave their support for Ukraine. Many prominent Ukrainians also provided assistance to their homeland. Over the past several months, these individuals have raised millions of dollars in humanitarian, medical, and defence aid for Ukraine. Ukrainian athletes have also played a significant role, where some even abandoned their careers so that they could volunteer and defend their country while fighting against the Russian invaders.

Now, as the war continues, some athletes will go one step further to defy Russia in its conquest. According to multiple reports, the Ukrainian Premier Liha will return on August 23 to kick off the 2022-23 season. It will be the first time competitive football has been played on Ukrainian soil since the start of the Russian invasion on February 24.

Matches throughout the upcoming season will be played behind closed doors, meaning spectators and fans will be unable to attend games. Stadiums in western Ukraine and the Kyiv region will be equipped with air raid shelter facilities. Fixtures will be paused in the event of security alerts. In short, the Ukrainian government and the Ukrainian Football Association are doing everything they can to ensure that these football matches can be played in the safest conditions in Ukraine.

Critics and casual followers of football may find it odd that Ukraine is attempting to restart the highest division of domestic football while the Russian invasion continues. But sport will give Ukrainian citizens an opportunity to improve their mindsets, at least temporarily, and support their clubs once the new season begins.

Several Ukrainian clubs have also been involved in Europe’s prestigious international competitions. Shakhtar Donetsk has qualified for the UEFA Champions League and will play their home fixtures in Poland. Meanwhile, Dynamo Kyiv and Dnipro-1 are involved in the Champions League and Europa League qualifiers, respectively. Should they qualify, it would be one of football’s most remarkable stories in recent seasons.

Outside of club football, the Ukrainian senior men’s national team will compete in the UEFA Nations League, where they will face Scotland and Armenia in September. Having played three matches, the Ukrainians currently lead their group with two wins and a draw. A victory against Scotland would see Ukraine all but secure promotion to the competition’s prestigious League A.

Usyk back in the ring

Finally, away from football, Ukrainian world heavyweight champion Oleksandr Usyk will look to lift the hearts and minds of his compatriots. Earlier this year, Usyk and fellow boxer Vasiliy Lomachenko joined the Ukrainian military to defend their homeland from the Russian incursion. But as the war progressed, Ukrainian officials persuaded Usyk that he could do “way more” for his country by returning to the boxing ring.

Having departed the warzone, Usyk has been preparing for his upcoming fight against British boxer Anthony Joshua on August 20. The event is currently the “most high-profile Ukrainian sporting event” in quite some time. The Ukrainian previously defeated Joshua in 2021. As he prepares for the rematch, Usyk is hoping that he will inspire his compatriots back home as he looks to defend his titles.

Overall, sport may appear to be the least of Ukraine’s worries as it continues to defend itself from the ongoing Russian military incursion. These competitions and events, however, will help change the mindsets of Ukrainians, at least temporarily. It will provide them with a sense of pride and optimism in what is currently a challenging period in history. For now, that will make all the difference.